The work they ploughed into this boring game is heartbreaking.

Weve all seen AAA titles choke on their own hype and suffer spectacular self-destruction, but Im not entirely sure Ive ever seen a game stuffed with so much effort crash and burn so readily. Resident Evil 6 wanted to be a reinvention, to intertwine the horror roots of the earlier titles with the action-focused gunplay of the newer ones. Theres an almost tangible sense of manic desperation from the development team, which seems to have decided that the best way to advance its goals was to throw every idea the series ever had into one package, then bloat it up some more with as many new features as the team could fathom.

Hows this for a genuinely brilliant idea: you can unlock a mode wherein you sneak into other peoples games as one of the unruly undead and do your level best to eat them. None of that shuffle relentless into a kill zone nonsense. Use those dark corridors to your advantage and set up an ambush. Be the furious gnashing of teeth youve always indifferently put down with a few handgun bullets to the head.

Youre spoilt for choice in this mode, because here there be monsters. There are dozens of them, actually, all spread between four intertwining campaigns. Each one is headed by a different one of the long-running franchise's numerous protagonists. And every option offers slightly different play styles and enemy encounters that focus on one experience that at one point made a past title great. And hey, co-ops very much the vogue right now, and it made Resident Evil 5 playable, so lets chuck in a massive dollop of that, too! 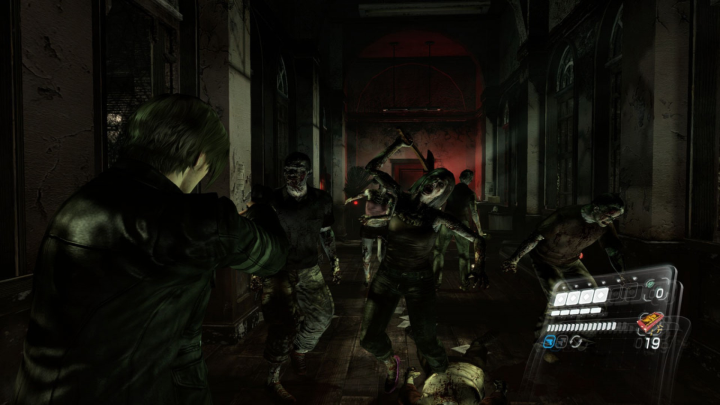 Three of the four multi-chaptered missions pair your protagonist with someone you can either leave as respectable AI, or invite a chum to control. Grinds never out of fashion, so here: have a massive pool of skill points you can invest, purchasing quirks such as enhanced reload speed or buffs to your new melee system.

The best of the four campaigns by some margin is easily Leon S. Kennedys third outing. Leon has long represented a stamp of quality, starring first in one of those rarest things: a sequel that dares improve upon the original (seen when he debuted as a rookie cop in Resident Evil 2). Capcom reinvented him when they brought him back as a grizzled government agent in the universally-adored Resident Evil 4, but its his debut that they want you to remember here. Gone are the infected villagers of that landmark fourth game, and (ha) resurrected from distant memory come legions of honest, humble zombies.

Look!, says Capcom, all pleased with itself. Isnt this the best of both worlds?

For long periods, Leon might as well be back in Raccoon City. There are dark stretches of corridor filled with massive, ominous windows, the likes of which zombies dogs might just burst through. Theres a real early sense of foreboding that does remind long-time players of the first hesitant steps into the Spencer Mansion, all those years ago. There are even times when youre legitimately in danger of eating through your ammunition, pulling you right back into the long obsolete "every bullet counts" mindset. 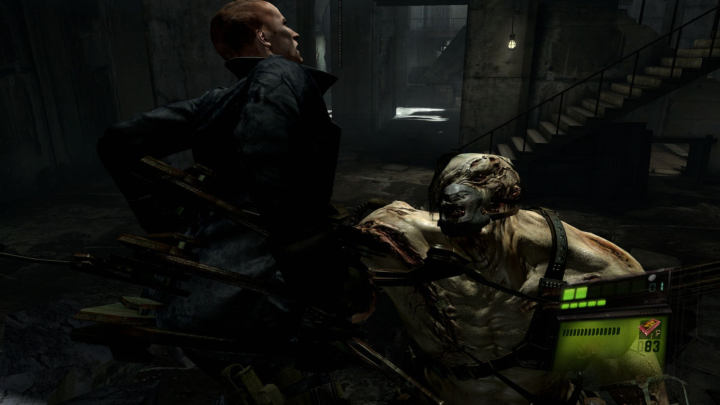 Of course, the melee systems much improved, so its not like taking on zombies unarmed is a big deal anymore. The clumsy knife mechanics of the old games that all but guaranteed youd take some damage have long since been shown the door. Now you can perform a set number of one-hit kills that eat a tab from a slowly refilling stamina bar. Its a smoothly implemented and enjoyable way to squish zombie heads, but it makes a mockery of the games noble attempt to render ammo conservation relevant again.

Its also one of many things that start to chip away at a returning players nostalgia. Soon it becomes clear that Leons journey doesnt have the huge openness of the rustic villages of Resident Evil 4, or even the enviable spaces of Resident Evil 2s police station. Its all a collection of linear corridors, shuttling him from undead encounter A to undead encounter B. The experience grow very repetitive very quickly, and yet its the best that Resident Evil 6 has to offer.

Chris' chapter is an even less macabre continuation of his action-trope adventures in the fifth game, filled with corny action movie jargon and goofy set pieces such as a boss battle against that most hideous of horror fiends: a helicopter. The chapter featuring newcomer Jake Muller (Shh, its Wesker Jr.) tries to recapture a bit of Resident Evil 3's magic by having him constantly pursued by an unstoppable monstrosity known as NEMESIS an Ustanak. That does have the desired impact at points, as you flee for your life from the ball of rotting fury hot on your heels. But even that soon becomes a laborious pattern of overly-long chase sequences, chained together by ludicrously short and stagnantly linear quasi-exploration. 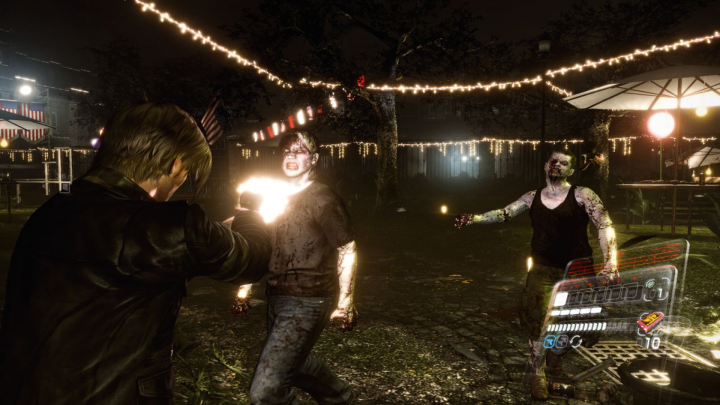 Its weird that Resident Evil 6 often tries so hard to remind you of the good old days. For instance, Mullers partner in tow is Sherry Berkin. Capcom seems desperate to remind you of this, all but mugging at the camera and yelling You remember her, right? From Res 2? That little girl we saved together? We care so much about our roots! The design then does away with many of the little things that built tension in the previous games, however. Saving ammo in never the slightest concern, outside of Leons adventure, and youre left to stockpile it endlessly as the series adopts the magical bottomless pockets approach to carrying stuff. The herbs, once a careful balancing act of what you can carry and what you might be able to combine to increase their potency, are now all lobbed in a pill maker and gobbled down with the press of a button. And your health bar is divided into segments where, if one empties, youre knocked on your back and forced to slither out of harm's ways while shooting at whatever thumped you down. It works in small doses, but it also ties into your would-be deaths. Extinguish your health bar and youre left to scoot around on your back until either: A) your partner saves you; B) thirty seconds pass and you sheepishly get back up, or, rarely; C) something finishes you off. If you manage something as cerebral as pulling yourself under a desk, monsters that were eating your face mere seconds ago will suddenly forget you even exist.

The punchline is that if you suffer through these experiences, you unlock a fourth campaign starring series antagonist and long-time Leon tease, Ada Wong. Who instantly does away with the try-hard Die Hard nonsense, doesnt bother with all that "buddy up with a partner" drivel and substitutes all the brooding action lingo with gallows humour and sarcasm much more fitting to the dire situation with which shes faced. Armed with a hookshot, shes less about taking on the undead world and more about sneaking through it, solving the puzzles that used to be a franchise mainstay back in the day. Its an honest and refreshing retrofit of a lot of the things long abandoned. Many people will never see it.

Theres the odd isolated moment that feels real for fleeting moments, but quickly fades away to reveal a very beautiful, very bloated, big-money pretender. Stunningly, Resident Evil 6 doesnt really know how to do Resident Evil, which is all the more damning when you factor in that theres two very different variants of the formula. It has a stab at both, and succeeds at neither. For all the buzzwords it throws around like "streamlining" and "modernising," for all the clear toil and effort that been poured into it, it ultimately feels like a game that's lost its way and has tried to compensate by doing a little bit of everything. The developers tried so hard. You can see their effort oozing out of Resident Evil 6. The work they ploughed into this boring game is heartbreaking.

If you enjoyed this Resident Evil 6 review, you're encouraged to discuss it with the author and with other members of the site's community. If you don't already have an HonestGamers account, you can sign up for one in a snap. Thank you for reading!

© 1998 - 2022 HonestGamers
None of the material contained within this site may be reproduced in any conceivable fashion without permission from the author(s) of said material. This site is not sponsored or endorsed by Nintendo, Sega, Sony, Microsoft, or any other such party. Resident Evil 6 is a registered trademark of its copyright holder. This site makes no claim to Resident Evil 6, its characters, screenshots, artwork, music, or any intellectual property contained within. Opinions expressed on this site do not necessarily represent the opinion of site staff or sponsors. Staff and freelance reviews are typically written based on time spent with a retail review copy or review key for the game that is provided by its publisher.