I find myself in a weird position. Had you asked me what I thought of Technomancer at the start of my fifty-hour run, I would have called it a clumsy collection of rage fuel.

After being introduced to the harsh new world of Mars, you graduate to the rank of electric-welding super soldier. You are now one of the elite protectors of your cyberpunk city which, in keeping with strict cyberpunk laws, is called a corporation. Your induction calls for you to visit an ancient ruin constructed by the first settlers from Earth, to learn the secret of your new order. The only problem is that pesky raiders have infested the site, looking for stuff to steal and sell on the black market. Their presence shouldnt be a problem, though. Theyre low-level thugs and youre a badarse warrior who shoots lightning from his fingers. So youll likely swagger into the ruins, looking forward to a series of easy fights designed to ease you into the experience. Your death is swift and brutal.

Theres little you can do to prevent this outcome. Youre accompanied by your mentor and trainer, who isnt a rookie like yourself, but a veteran Technomancer and survivor of many front-line wars. Hell get slaughtered, too, mainly because youll be using him as an ineffectual meat shield while you fumble around with combat. And heres the weird bit about that combat: its not like its broken. Its always a clumsy but perfectly viable system, once you build up some levels and bulk up some traits. But early in the game, youre left to flounder and die.

There are three distinct styles you can swap between mid-battle. They all borrow from that wonderful industry trope where sci-fi games set in universes capable of intergalactic travel still fight with medieval weaponry thats been blinged up a bit. Its made clear that the preferred weapon of your faction is the staff, which is certainly the more visually impressive fighting style, letting you flip around like a lunatic between combos which, at this stage of your training, are far too easily interrupted. If you want to harden yourself up, you can go in for the option of a whopping great metal shield complete with futuristic bludgeon, which gives you some reprieve from the endless onslaughts you face. Or you can do what I did, decide bugger to all that and pick the dishonourable style that gives you a poisoned knife and a handgun, letting you stand back while your teacher is beaten to death and you plough half a dozen weak bullets into peoples faces before your worthless sidearm overheats. 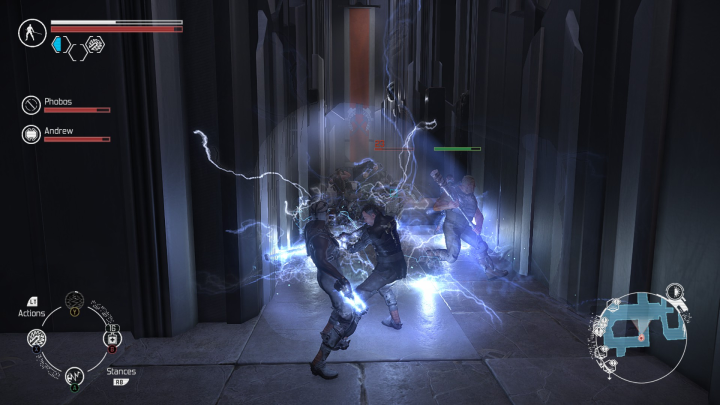 These early portions of the game are pitiless. Your fights come in little bubbles of people, and youll either find yourself saving after every encounter or scraping through the same fights over and over again. Its a wall. I wont pretend otherwise. And its going to be the last thing a lot of people remember about Technomancer. The entire period is weird; its not like your many deaths are Dark Souls-like, where you just need to get better at the game, nor does the combat engine cripple you. The problem is that you simply seem to own base stats significantly lower than the rest of the world's population. Slowly, youll start to chip away at that. By end-game, I was destroying the same raiders that had effortlessly caved my skull in by unleashing a single electrified area attack.

But they never entirely stop posing a threat. Technomancer offers you a dodge command that you had better get used to using no matter how powerful you are. Rolling out of the way of an incoming attack to stab your adversaries in the back or electrocute them as they stumble past soon becomes the preferred tactic. Mars rarely runs out of new things that might try and murder you, either; the shadier part of your corporation houses rogues and thieves - but you are also at war, a long running dispute over water. Then there are the legions of mutated monsters roaming the endless wastelands. Also, there are some pricks whod just quite like to kill you. Life on the planet is a constant struggle.

That's mainly true because you soon find yourself walking the lines between corporate loyalties in the midst of a power grab. Whatever side youre not currently fighting for keenly wishes for your demise. Technomancer tells a decent tale, one that often casts you as the victim and then asks you what you plan to do about it. The answer is usually that you plan to complete a fetch quest and beat people up, but theres enough political intrigue and moral ambiguity along the way to keep things moving. Theres shades of good in what you do or who you align with, even going so far as to present the chance of a non-lethal playthrough, leaving all your assailants writhing or unconscious on the floor. Or screw that, you can kill them by draining their body of serum, which functions as currency. But theres rarely any reason to do this when you can strip defeated foes of equipment to sell, with that potential income vastly outweighing the measly rewards associated with a mass murder spree. 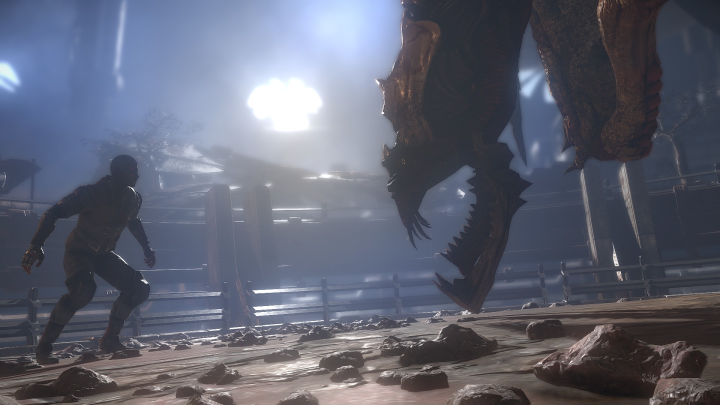 Most of your gains will be spent on Technomancers surprisingly deep crafting system, which lets you use various crap found or purchased to weld onto armour and weapons for boosts in fields like critical hit, base defence and insulation against enemy electronic attacks. This, too, is often tied to levels. Low-level scrubs have access to the equivalent of duct tape, but advancing your craft skills means neglecting other perks like lockpicking, scavenging or diplomacy. Though you can still bolster lacking attributes with a quick costume change (that lab coat gives you a +1 science boost!), or by having decent relationships with your traveling party. The better you get on, the higher the buffs they grant.

Its an okay system, which is fitting because Technomancer is an okay game. Theres enough going on to hold your interest, your reward if you manage to power through its frustrating beginnings. The setting is great, and some of the standalone moments are, too. Im in a weird place, then, admitting that I ultimately liked my adventure on the water-starved red planet. That's a million miles away from where I stood to begin with, when going through the same funeral dirge of game over screens and severe beatings made the slow crawl towards combat relevance a chore. My patience was eventually rewarded with a game I quite liked. Thats hardly a glowing recommendation, though, I agree. Its up to you to decide whether it's quite enough.

If you enjoyed this The Technomancer review, you're encouraged to discuss it with the author and with other members of the site's community. If you don't already have an HonestGamers account, you can sign up for one in a snap. Thank you for reading!

© 1998-2021 HonestGamers
None of the material contained within this site may be reproduced in any conceivable fashion without permission from the author(s) of said material. This site is not sponsored or endorsed by Nintendo, Sega, Sony, Microsoft, or any other such party. The Technomancer is a registered trademark of its copyright holder. This site makes no claim to The Technomancer, its characters, screenshots, artwork, music, or any intellectual property contained within. Opinions expressed on this site do not necessarily represent the opinion of site staff or sponsors. Staff and freelance reviews are typically written based on time spent with a retail review copy or review key for the game that is provided by its publisher.