Code of Princess is a silly game. But its smart about it, has the foresight and the self-awareness to poke fun at itself. This is hugely appreciated, as the tale being told is one of a ditzy princess who wears just enough armour to keep the game below an R rating. She bumbles her way through an unorganized quest with the aid of a sword bigger than she is. It's all difficult to take seriously. So, dont. Nobody in the game does, and theyre all the happier for it.

Princess Solange Blanchefleur de Lux is blissfully ignorant of a lot of things, but takes the destruction of her kingdom in stride. Its ravaged by monsters, you see, and the royal family of DeLuxia are, naturally, the people who are blamed for this occurrence. So, shes exiled, fleeing from her former home with nothing but a couple of strategically placed bits of metal and the massive Sacred Blade DeLuxcalibur. Her naive wish to help not only her own besieged people but to save to world from the sudden influx of monstrous monsters is an excuse to stumble from one set battle to the next. 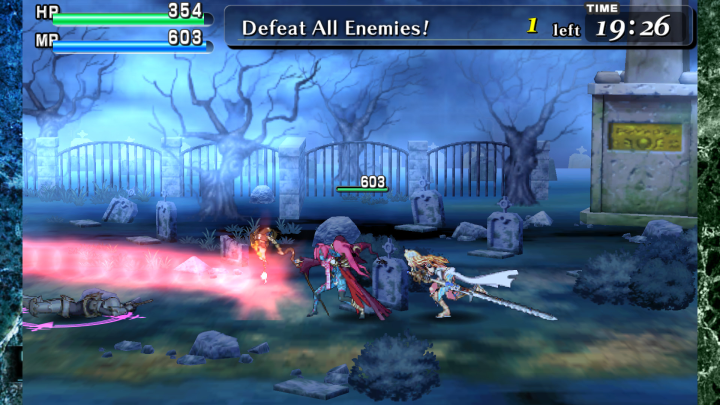 To this end, she teams up with the likes of Ali, the slight but sharp-tonged thief with a solid metal boob tube complete with padlock and Zozo, the necromancer whose body is made out of others peoples corpses (which she collects on the fly and uses as spare parts). Theres some light pummeling of the fourth wall, especially when the party begrudgingly adds a fourth member to the group. Allegros a bard who swears hes only a few EXP away from leveling up and becoming a sage. Theyre reluctant to sign him up, anyway, and would prefer a healer. But Zozo worries, not entirely unreasonably, that healing magic would wind up causing her damage.

Its all fluffy and light-hearted fare, well written and beautifully voiced acted. There also are wonderfully animated anime cutscenes littered throughout, but the core game looks like it was designed to run at a much lower resolution and then was stretched way out for the port. It probably looks that way because that's just what happened. Originally, Code of Princess was a 3DS exclusive, but has now been brought to the PC with some middling results. Though you can hit F5 to open up various screen set-ups that either alter the impact (or remove completely) the 3DSs second screen load-out, trying to play the game in full screen often feels like a step too far. That's especially true of the backdrops, which look fuzzy and blocky when compared to the clear, precise anime portraits of the cast.

Youll need to brave through all of this, though, to participate in the little bubbles of battle that litter Solanges quest. There are quite a few little fights to be had, all bite-sized and available to be undertaken with any of the four team members. All have very different fighting styles, ranging from Solange (the big hitter, with plenty of lumbering swings that decimate health bars) to the ranged magical assaults produced by Zozo. Much as in the fondly remembered Guardian Heroes, you can collect vanquished foes who are then made playable characters in other game modes, available for both solo play and online cooperative. Whatever options you pick will see your champion of choice level up in an RPG-lite fashion, where you are given stat points to distribute into obligatory fields like attack, speed and magic defence. Gaining levels isnt a problem, and youll probably find yourself gobbling up a couple each stage you play. With some stages taking up to thirty seconds to complete, you can hit the character cap of level 99 quite painlessly, should you so desire. 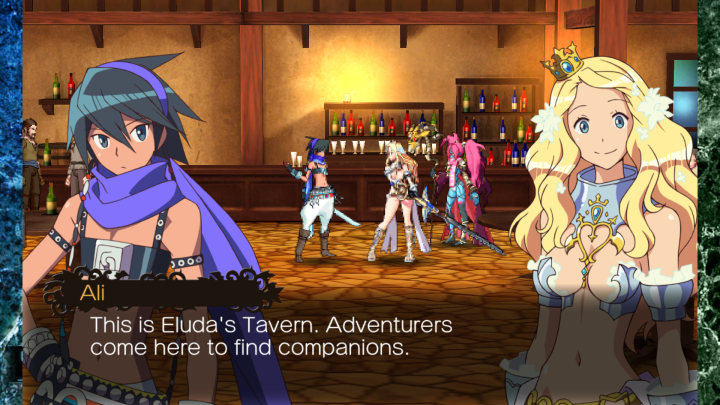 Power leveling should hardly be a focus, though. Youre given all the tools you need to slice through most of the threats even without it. Each fighter has numerous combos they can pull, but the game isnt keen to tell you how to execute them, so youll have to figure that all out through experimentation. There are heavy and light attacks to abuse, all given a different spin depending on character and the direction being pressed at the time. Pressing forward and light, for example, will prompt Solange to dash forward a short distance and mash something in the face with her swords handle. Down and heavy will start putting into motion a laborious crescent smash that leaves her vulnerable while shes trying to heft her massive blade, but has screen-clearing potential if it lands. She can also activate a limited burst mode that doubles any damage she dishes out while its live. That's especially handy when paired up with her lock-on ability. Land a particular attack to focus a single foe, which then is susceptible to double damage. Combining the two on troublesome monsters or giant boss fights whittles HP down exceedingly quick.

There are options throughout, but theres little reason not to settle on a favourite character, learn a preferred combo and charge through the game on the back of that knowledge. The prevailing silliness is appreciated all the more as the game grinds on, because very few of the battles do enough to distinguish themselves from each other. Rarely do you encounter the deliciously chaotic battles alongside allies that transform the screen into an orgy of selfish violence and you complete against each other more than you battle the monster in front of you. Sometimes, something close to this pops up, which marks the only time it feels necessary to take advantage of the mechanic that allows a character to jump into a separate combat plane. Sometimes a new monster is introduced to make a particular fight stand out more, or a clever boss battle presents itself. Such instances are just too few and far between, though, and do little to starve off the shallow rot of repetitiveness that otherwise characterizes the overall experience.

© 1998-2021 HonestGamers
None of the material contained within this site may be reproduced in any conceivable fashion without permission from the author(s) of said material. This site is not sponsored or endorsed by Nintendo, Sega, Sony, Microsoft, or any other such party. Code of Princess is a registered trademark of its copyright holder. This site makes no claim to Code of Princess, its characters, screenshots, artwork, music, or any intellectual property contained within. Opinions expressed on this site do not necessarily represent the opinion of site staff or sponsors. Staff and freelance reviews are typically written based on time spent with a retail review copy or review key for the game that is provided by its publisher.