Every so often, a great invader makes their way to the Netherworld with an insatiable hunger. That gluttonous being is known as Trillion, a so-called God of Destruction that is only satisfied once it has eaten the entire Netherworld down to its possibly delicious core. Even the first of the Great Overlords couldn't come close to defeating Trillion, and was instead only able to stall its advances so that Trillion finally gave up and departed until its hunger returned again.

Zeabolos, the hero of that tragic tale, lost his brother in the battle against Trillion and very nearly brought about the end of his own existence. But a mysterious young woman named Faust resuscitated him, in hopes that he could fend off the renewed advances of Trillion. Trillion: God of Destruction tells the story of that next battle against the infamous villain, who is still set on devouring anything that stands in her way. In his current form as a makeshift zombie, Zeabolos doesn't possess anywhere near enough power to deal a trillion points of damage. Fighting in his stead are his fallen brother's daughters and siblings: seven heroines in total, each one based on one of the seven deadly sins.

Not every heroine is available as the story begins. The three women based on Greed, Envy, and Gluttony are the initial volunteers. During my own first trip through the game, I managed to defeat Trillion using just those three ladies, but that feat required excessive luck and far too much trial and error. I don't suggest that you attempt the same accomplishment, not if you're hoping to enjoy the story in the process. 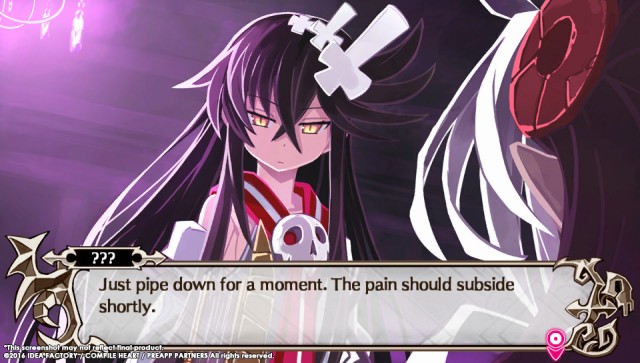 Trillion is separated into a couple of distinct events: the training and preparation phase, and the actual battles against the God of Destruction. Given the urgency of your mission, time is a precious, finite resource. Preparation lasts only a few weeks. Every activity consumes a full day, which means that making the most out of every day and managing the heroines' fatigue is of the utmost importance. Train too often without taking a break to rest or socialize and you run the risk of forcing your heroine to sit out for a few days. Occasional breaks might also trigger a random helpful event that improves the relationship between Zeabolos and a heroine, in the form of one-off visual novel sequences.

Training is handled by navigating a series of menus. Sessions relate to one of six forms of experience that encompass things such as aura, charm and taste. Those later allow you to invest in more obviously beneficial raw stats, passive abilities, and active skills. Unless you improve your heroine in all three areas, successfully fighting Trillion is near-impossible. It might seem that an Overlord you are raising to primarily serve as a physical warrior would have no interest in the INT stat, but you'll need to give some attention to that area in order to unlock important physical skills and attacks. There's a certain synergy to all EXP types, so that I never felt like I was wasting a day training in the wrong discipline.

Skills are varied, as well, and contribute much to the Overlord's total strength. Some options are straightforward, such as one that grants an improved evasion chance when facing certain types of attack. Others are more exceptional, with less obvious benefits. I grew immensely fond of a pair that raised both ATK and DEF, based on the number of turns lapsed without movement. Taking a step forward would reset the bonus, but there were ways around that rule; other skills, like Charge or a Flame Dragon Punch, propel the Overlord forward with each swing, providing additional movement that evades Trillion's attacks while also boosting stats by as much as a maximum of 200%. Trial and error can reveal all sorts of combat depth you might otherwise miss. 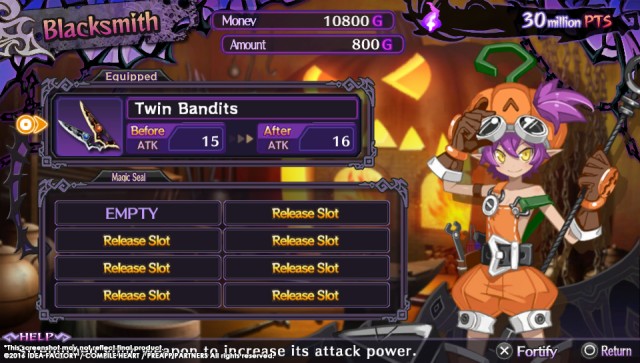 Combat itself takes place on a grid-marked stage, whether you're training with a dummy named Mokujin, or battling Trillion herself. The heroine appears on one side of the stage, and her adversary on the other. Once you engage in combat with Trillion, there are four possible outcomes: the Overlord deals enough damage to defeat Trillion's current form (around 300 billion), the Overlord loses all of her HP, the Overlord runs away, or lastly, Trillion's constant advance carries her across the stage finish line. Each outcome except for the first one results in Trillion drawing closer to the Netherworld's core. There's strategic value in even a hasty retreat, though, because sometimes your adversary will go into a slumber for a few weeks and that provides you with more time for training before the next confrontation.

Combat with Trillion isn't as easy as it might sound, either. Trillion possesses a core body and numerous appendages: wing, tail, left arm, right arm, etc. Striking a particular limb enough times will temporarily break it and prevent Trillion from executing certain attacks, in addition to dealing heavy damage. Knowing when to go in for the attack and preempt a powerful move is an important part of your overall strategy. Should an Overlord fall to one of Trillion's strikes, she can unleash a so-called "Death Skill" that unleashes one of five final attacks, one of which seals a specific body part for the candidate. That's helpful, but I preferred a different option that extended Trillion's ensuing slumber phase and afforded Zeabolos an additional couple of weeks for training.

In each of Trillion's three sequential phases, the moves she might use differ greatly. She can wipe the floor with your Overlord in a single swing, but each move comes with a number of tells so that you needn't be caught off-guard. Glowing markers on the ground transition closer to red as activation approaches, plus a text box keeps a record of each action. I myself relied mostly on the patterns that appeared on the ground. I could tell what attack each potential range indicated was coming next, and I kept notes as I played. If Trillion put down a spiral symbol, I knew poison miasma would soon follow. A pattern of six blocks indicated that she was preparing to raise a shield, and so forth. Once you get good at reading her tells and pumping your SPD stat high enough so that you can take extra turns between attacks, it's possible to work through each fight without ever actually taking damage. 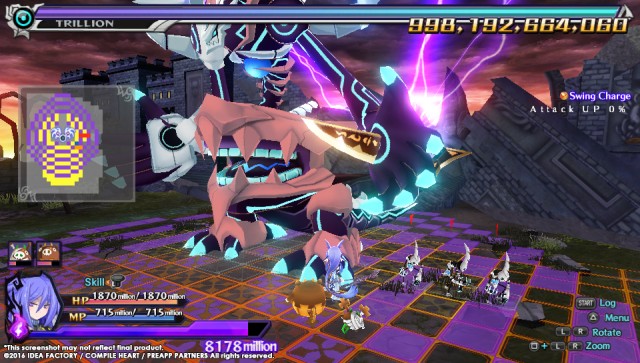 It's unlikely that you'll defeat Trillion with the first, second, or possibly even seventh Overlord you send her way. On the bright side, slain heroes impart skills to future generations. Not only are physical goods like money and items carried over (provided they weren't equipped during the ill-fated battle with Trillion), but a huge percentage of the accumulated EXP also remains at your disposal. This mechanic ensures that every action you take pushes the story forward, until finally you're strong enough to defeat Trillion without much effort.

Trillion: God of Destruction is an interesting project that's equal parts simulation and tactical RPG, but which doesn't quite live up to the standards of either genre. The simulation aspects are reminiscent of traditional dating sims that were so popular a decade or so ago, but they are let down by weaker RPG elements. Those looking for a sort of raising sim in the same vein as Long Live the Queen might find some enjoyment in the package if they can wrap their head around the strategic combat, but the complex nature of fighting Trillion might prove too difficult for the more typical JRPG fan.

If you enjoyed this Trillion: God of Destruction review, you're encouraged to discuss it with the author and with other members of the site's community. If you don't already have an HonestGamers account, you can sign up for one in a snap. Thank you for reading!

© 1998-2021 HonestGamers
None of the material contained within this site may be reproduced in any conceivable fashion without permission from the author(s) of said material. This site is not sponsored or endorsed by Nintendo, Sega, Sony, Microsoft, or any other such party. Trillion: God of Destruction is a registered trademark of its copyright holder. This site makes no claim to Trillion: God of Destruction, its characters, screenshots, artwork, music, or any intellectual property contained within. Opinions expressed on this site do not necessarily represent the opinion of site staff or sponsors. Staff and freelance reviews are typically written based on time spent with a retail review copy or review key for the game that is provided by its publisher.