Welcome to the Apocalypse.

For an unexplained reason, all women disappeared from the world and thus mankind is slowly approaching its end. You are a broken husk of a man, drug-addled, beaten and abused, that finally finds something worth fighting for. And this is your start.

While the game gets called "dark" and "depressing" a lot it doesn't try to be mature by throwing the most disturbing imagery it can at you, although it has enough of that. Rather to fully be devastated one needs to pay attention, as the game often implies without showing. Story wise the game doesn't need and doesn't use long monologues and expositions. Rather the protagonist has a motivation to reach his goal, one you will most likely agree to and want to reach yourself. 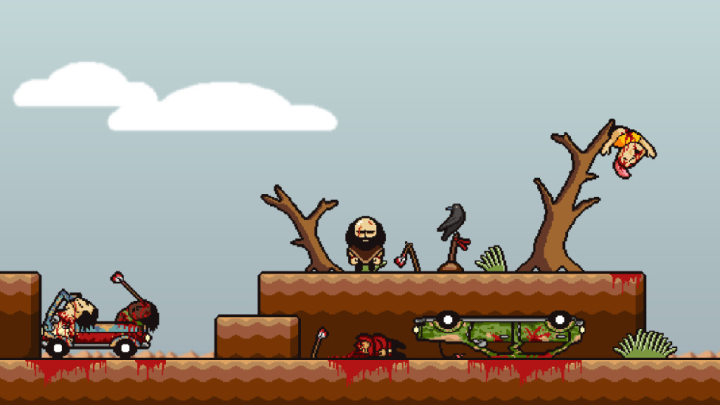 While the choice system is often praised, and every time it is used it is done so effectively, it is mostly the moments where you never got a choice that you wish you were given one the most. This can be very effective if used correctly, but also sometimes feels like an attempt to shoehorn in a worse situation. Once you beat the game and fully realize the scope of your choices they gain their full weight as well. You are, after all, a man at the mercy of narcotics. These make you unpredictable. There will be consequences beyond your control, and they will not end well.

Darkness is a running theme, but there's also sporadic humour and redemption to be found. Discover a cave will lead you to find the massive mutated monster trapped within whose girth has slowly filled every crevice until the underground network nothing more then its shell. You can burn it to the ground and, in doing so, gain a new party member with goals of his own. A CD rescued for the ashes reminds him of his brother; he joins you in the hopes of finding him

Party members are numerous, but have a habit of not lasting very long. Sometime into the game, the sadistic supplier of your drug resurfaces and manipulates things so you have a straight up choice; do you sacrifice three of your team to death, or do you submit to mutilation and lose a limb. Neither offer a happy ending; party members are not faceless sprites, but people with their own agendas and tales. On the other hand, having your arm lopped off is a literal handicap that significantly lowers your own usefulness. Lisa is a difficult game and whatever choice you make is only going to make it harder -- is it right to sacrifice three other people for your personal gain? Are their combined worth going to be enough to offset the loss of a limb? 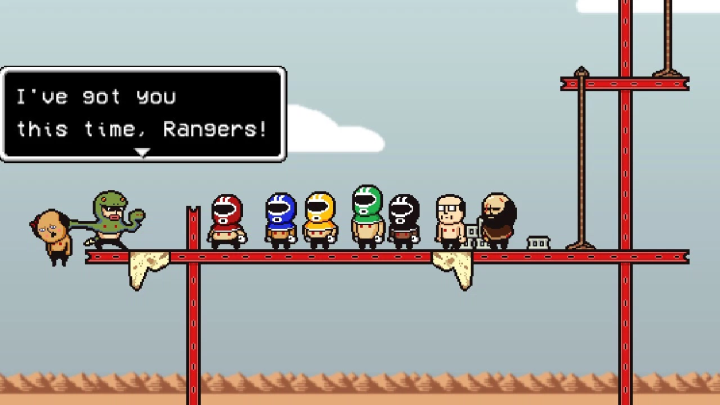 Though this is all made with an RPG-Maker-like engine, the custom tiles have been used to great effect. You would recognize most of the scenery and the characters immediately and if the game actually wants to, it can probably disturb you with what it shows you too.

You run from battle to battle basically, with the battles being fought in a Final Fantasy-style turn-based combat. This however does not get dull, due to refraining from using random encounters almost throughout the entire game, as well as introducing so many different enemies that almost every new fight feels unique. You will actually (somewhat) look forward to what waits next and actively seek out avoidable enemies and bosses. There is also enough of the game consisting of talking to people, trying to get loot and generally exploring, so that it doesn't feel like just being battle after battle. Also there is LOTS of platforming involved. The exploring can become confusing though, getting a bit Metroidvania at times when you backtrack all over the place and try to figure out which of the ten available passages brought you here.

Altogether, if you want a story that will not leave you untouched and generally a unique experience you will not find elsewhere, Lisa might work for you.

If you enjoyed this LISA review, you're encouraged to discuss it with the author and with other members of the site's community. If you don't already have an HonestGamers account, you can sign up for one in a snap. Thank you for reading!

© 1998-2021 HonestGamers
None of the material contained within this site may be reproduced in any conceivable fashion without permission from the author(s) of said material. This site is not sponsored or endorsed by Nintendo, Sega, Sony, Microsoft, or any other such party. LISA is a registered trademark of its copyright holder. This site makes no claim to LISA, its characters, screenshots, artwork, music, or any intellectual property contained within. Opinions expressed on this site do not necessarily represent the opinion of site staff or sponsors. Staff and freelance reviews are typically written based on time spent with a retail review copy or review key for the game that is provided by its publisher.