The Witness is a beautiful game. There's something nice about simply wandering around its island setting, which is densely packed and offers much to see and explore in a relatively small space. There's no music to speak of, but the ambient sounds are relaxing and atmospheric. It really is the kind of game world it's nice to just spend time in, to an extent.

So at least there's that.

The Witness is an adventure game gone mad, though. Direct interaction is limited to drawing lines from a starting point to an ending point in a grid or maze. The game's simplest puzzles require virtually no thought, just the act of drawing a line with the control stick. Before long, new rules will be introduced, usually explained with simple puzzles that offer little opportunity for differing approaches. A tutorial puzzle about dots might offer two paths to the end, one with a dot (which will end in success) and one without a dot (which will end in failure). This is how The Witness teaches you its many, many rules.

Most mechanics have a single area with many increasingly complex puzzles that focus heavily on that mechanic. This is a good way to really reenforce a rule, until it becomes second nature for the player. These areas are important, because most of the rules are indicated by simple symbols that wouldn't really make much (or any) sense if you were to see them in more complex puzzles before properly being introduced to them. 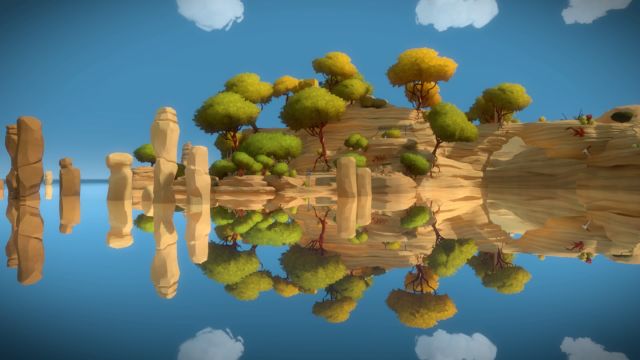 Rules work the way weapons and items work in Castlevania and Metroid. You'll need to collect (learn) them from the tutorial areas and apply them in other places to solve more puzzles and reach new areas. The Witness wants you to feel smarter for suddenly understanding something that made no sense to you before (though, more than anything, it seems to make you want to feel like The Witness is smart). In actuality, you've merely had something explained to you that hadn't been explained before. This is a fine way of doing things, even an admirable one when it is done properly. Teaching without telling has been around about as long as video games have. The problem arises when you try to integrate this kind of teaching method into open-world design. Rules work as keys and you may end up wandering around the island, searching for those keys because all you can find are locked doors. Even when you finally find the tutorial areas, you may end up having to guess at the further applications and rules for specific mechanics. That happens when you reach a puzzle that looks simple but is actually unsolvable just with what you've just learned.

Many puzzles use multiple rules and mechanics at the same time. Things can get complicated, and while there's a certain satisfaction that comes from solving a puzzle you've been struggling with, that excitement is fleeting when the only thing waiting for you is an even harder version of the same puzzle. Solved puzzles normally work as nodes along a circuit, with one solution activating the next one, until finally all of the puzzles in a circuit are active and a door opens or a wall moves or some other thing happens to allow you to physically progress deeper into an area. Behind that door will almost always be more puzzles. It's just puzzles all the way down. 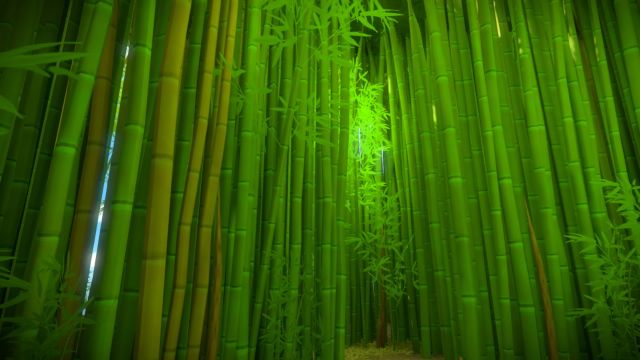 There's not much reward here for progressing, and there's not meant to be. You're working towards a goal by solving these puzzles, but it's not as though you'll uncover bits of story as a reward for progress. There are hints that something has happened on the island at some point, but nothing ever comes of it. The ending is one of the least satisfying and most sickeningly smug I've ever experienced in a video game. If I wasn't playing the game for your benefit, I would wish I hadn't bothered to solve the final puzzle that allowed me to finally see it. The Witness is supposed to be a game you play for the joy of discovering more of the game itself.

The Witness is not really a bad game if you come at it with the right frame of mind. Not every game has to be completed to be worthwhile. Whether you finish it or not, there are plenty of interesting and satisfying puzzles to solve. It's OK to simply stop when the puzzles become too much. You're not missing out on anything beyond that, because there's not really anything else to see. Many people will tell you not to resort to using a guide if you get stuck in The Witness because it will rob you of the satisfaction of overcoming something that challenges you. In actuality, if you simply look up the answers, there's nothing left. Or if there is, I never found it (and with the amount of effort I put into the game, it can't be worth it). You either solve the puzzles yourself or the game has no value. That's a little sad to me, considering The Witness comes from the creator of Braid, which worked on multiple levels. The Witness really only really works on one, and only most of the time.

If you enjoyed this The Witness review, you're encouraged to discuss it with the author and with other members of the site's community. If you don't already have an HonestGamers account, you can sign up for one in a snap. Thank you for reading!

© 1998-2021 HonestGamers
None of the material contained within this site may be reproduced in any conceivable fashion without permission from the author(s) of said material. This site is not sponsored or endorsed by Nintendo, Sega, Sony, Microsoft, or any other such party. The Witness is a registered trademark of its copyright holder. This site makes no claim to The Witness, its characters, screenshots, artwork, music, or any intellectual property contained within. Opinions expressed on this site do not necessarily represent the opinion of site staff or sponsors. Staff and freelance reviews are typically written based on time spent with a retail review copy or review key for the game that is provided by its publisher.