It's 1995, a time of "Pulp Fiction," Street Fighter II, and Lisa Frank. You are a young woman returning home from a year spent in Europe, only to find your parents and sister missing. Leaving your suitcase out on the front porch in the rain, you barge in and start digging through drawers and reading letters and notes by the light of 15-watt dollar store light bulbs. 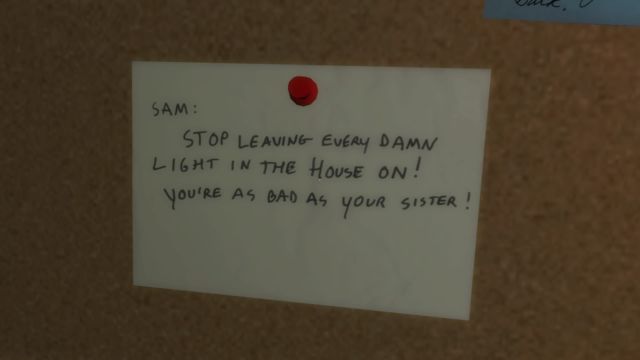 Sorry I don't have night vision like a cat, dad.

Gone Home feels something like a horror game at first, and in fact, the title screen art is by is by excellent horror illustrator and cartoonist Emily Carroll. The house is dimly lit, even with the lights on. There's nobody home, but a TV is on and there are frantic messages on the answering machine. Lights flicker and burn out. One might actually feel uncomfortable exploring such a space in real life.

These horror tropes are certainly intentional. Even after after 30 minutes or an hour spent without any jump scares or creepy noises, there's still a feeling of dread when you encounter a dark hallway or certain strange objects. When are you going to find that your family has been murdered by ghosts? 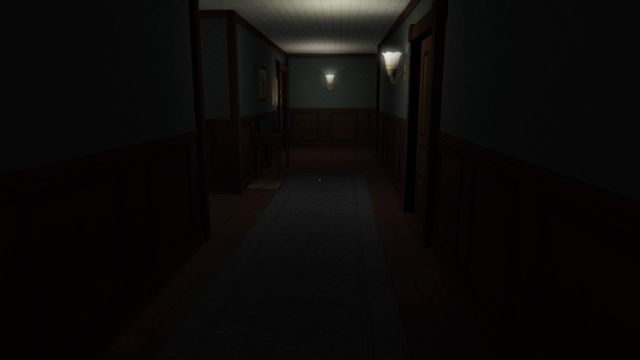 Well, you won't. Gone Home is, in fact, the story of a teenager dealing with her emotions. Most of the key information is relayed through little sister Sam's diaries (audio logs). You won't find physical diaries as you rummage through your family's things. They'll simply start playing when you examine relevant objects.

Interaction with the game world is limited. You can pick things up and move them around, but there's rarely much reason to do anything besides look at something and put it back down. If you know what you're doing, the game can actually be completed (with the credits reached and story skipped) in about a minute. There are combination locks and locked doors, as well as maps that reveal hidden spaces. Even these secret spots and locked doors just lead to more things to look at and notes to read. That's the point. Gone Home does an admirable job of telling a story in a non-linear fashion. A lack of action or puzzles is only a problem if you expect and hope to find such things.

Sam's story is the point of the game, and difficult to miss, but there are actually several more subtle subplots about other family members. Your father, a writer, is haunted by some past event that is affecting his work. Your mother isn't as happy in her marriage. Even a departed ancestor has secrets to reveal. These stories are told through hints from newspaper clippings, pamphlets, letters (some of which can be difficult to read, thanks to not-always-clear handwriting), and other objects and documents. Give everything enough consideration and it all comes together to paint a relatively clear portrait of your character's never-seen family, framing their interactions. Your character, herself, remains a bit of a mystery. 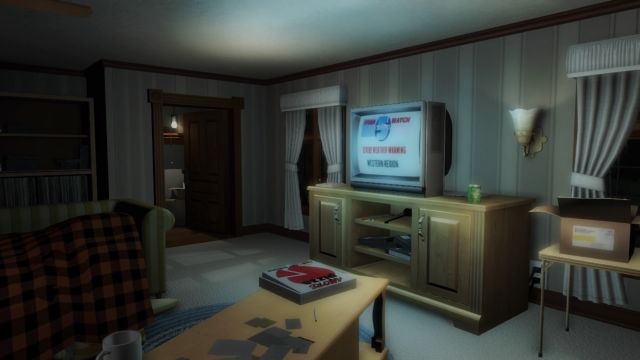 The game touches on many delicate topics, from sexuality to fidelity to abuse, and generally handles them delicately enough. One particular topic explored in a diary entry found in the dining room (which I won't spoil) stands out as something that could use more fleshing out, for the sake of better communicating the state of the relationship between Sam and her parents. Other than that, I felt like I came away from Gone Home knowing everything I needed or wanted to know.

Gone Home resembles the world building of bigger budget games, but distilled into pure storytelling. We've all played games with audio logs and optional documents to read that provide context for the action, but Gone Home builds an entire experience around them, expecting you to consider and think about what you see and hear. It may not be the revolution in video game storytelling it's often made out to be, and its themes may have been better explored in other games since its original release in 2013, but Gone Home does a particular thing and does it well, in the process telling a story (or several stories) worth telling.

If you enjoyed this Gone Home: Console Edition review, you're encouraged to discuss it with the author and with other members of the site's community. If you don't already have an HonestGamers account, you can sign up for one in a snap. Thank you for reading!

© 1998-2021 HonestGamers
None of the material contained within this site may be reproduced in any conceivable fashion without permission from the author(s) of said material. This site is not sponsored or endorsed by Nintendo, Sega, Sony, Microsoft, or any other such party. Gone Home: Console Edition is a registered trademark of its copyright holder. This site makes no claim to Gone Home: Console Edition, its characters, screenshots, artwork, music, or any intellectual property contained within. Opinions expressed on this site do not necessarily represent the opinion of site staff or sponsors. Staff and freelance reviews are typically written based on time spent with a retail review copy or review key for the game that is provided by its publisher.