If something should happen when you visit an aquarium, those involved in the making of this work bear no responsibility says that little blurb thrown somewhere into all fiction to discredit the likeness of any cast members to people living or dead. Its a kind thought to bestow upon people who find the exhibits they came to see closed for cleaning, or get told off for trying to coax fish out by tapping on the glass. Its probably not what is meant though; it's probably hinting more towards any series of grisly supernatural deaths that might await you.

Sound of Drop - fall into poison is smug that not being able to correct the lack of capital letters in their title is killing me is silly in theory but suitably creepy in execution. Its the story of an aquarium in the middle of a busy town thats gone evil and kills people. With fish. Even in the early goings of the narrative, half the starting cast view this as campy nonsense. Bubbly, outgoing Himeno cant think of a better way to spend a rare day off then investigating such a ludicrous urban legend, and is keen to drag more reserved chum, Mayu, along for the ride. Mayus considerably less keen; she and the aquarium have a history. It was the last place she saw her little sister some five years previous before she vanished from the face of planet. But shes unwilling to disappoint her only friend, so begrudging accepts the invitation. That was a mistake. 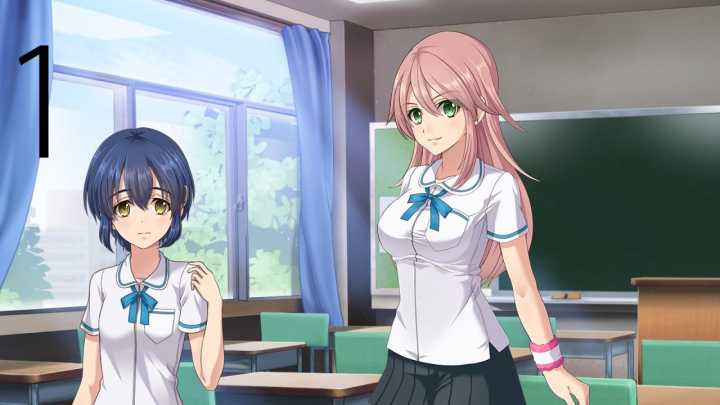 The first available demise Mayu faces is death by jellyfish. After an argument with Himeno, she rushes off in a soppy pile of emotions, as teenage girls are wont to do, and ends up in a part of the aquarium she shouldnt be at before the display cases crack and shes stung to death. Its a mysterious death; theres no reason for the cases to all burst open in unison, but its just one of many. Sound of Drop finds a lot of creative ways to bump Mayu off during her adventure through the underbelly of the aquarium; twenty seven of them, in fact, nestled away in her quest to unlock any of the four good endings where she probably doesnt die awfully. Laudably, rather than take the route of censoring and editing the hell out of the source material, the localisation has kept the original wholly intact as well as adding additional scenes, two of the four endings being entirely brand new.

Theyre good paths, too; trying to shed light on some of Sound of Dropss less fleshed-out side characters or applying different shades of morality to those already heavily featured. They also make what is a comparatively short visual novel considerably longer; each ending will probably add another hour to ferret out and then read through, though most of my efforts went into hunting down each and every death scene. The adorable drowning chibis floating in a tank with BAD END displayed beneath them are cute in a you know, macabre, depressing way. 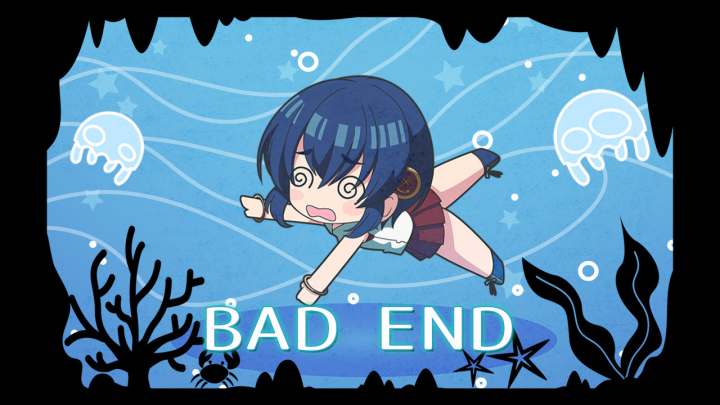 These extra paths help push Sound of Drops worth up. Theres no voice acting, English/Japanese or otherwise and while the supplied art is nice, theres not a lot of it. Instead, it relies a lot on words. Theres the odd uncomfortable picture here and there but perhaps the main reason nothings been sliced up with the obligatory transitional knife if theres nothing truly unsettling hiding between the digital pages to edit away from our innocent Western eyes. Theres the occasional talk of angry frogs bleeding toxins strong enough to melt your bones and the sometimes madding sudden arrival of a giant squid that I suspect is waiting in inconvenient phantom locations just to troll people. Its to the games credit that it adds enough contexts to make these random sounding events legitimate. Surviving the first unmarked chapter of the game sees you besieged by a small gathering or orcas. Adorable, adorable orcas that, surely, are too cute to hurt anyone. Until they swim across the very air and bite chunks out of your torso.

Thats weird. I mean, of course it is, its a translation from a Japanese doujin visual novel and weird is what they do, but its only in typing this all up that it strikes me how bloody bizarre some of the situations are. It never really struck me during my playthrough and thats testament to how tight a lot of the writing is. Sure, theres some questionable decisions, like the choice to play an unsuitable spunky upbeat BGM directly after surviving a slice of slowly-built horror that take a crowbar to immersion's knees, but theyre few and far between. 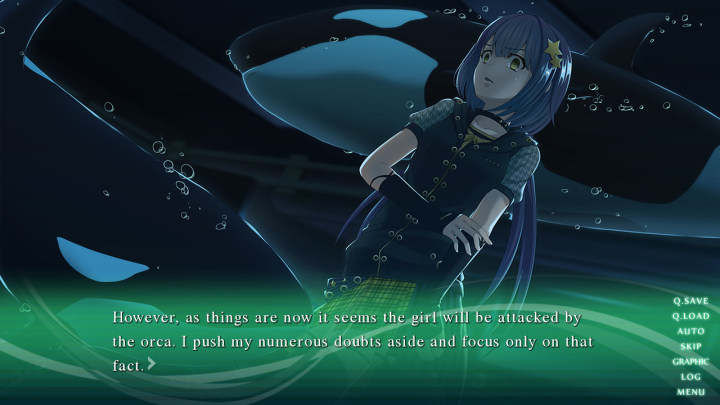 Sound of Drop - fall into poison is the story of an evil aquarium that would quite like to kill you, but its one that still makes time for girls gossiping about clothes, or worrying that all that gore might ruin their new sandals or arguing over which ice cream flavour theyre going to have later on. One of your deaths has a cutlass fish slice your torso off from the knees up. Just putting that out there.

If you enjoyed this Sound of Drop - fall into poison - review, you're encouraged to discuss it with the author and with other members of the site's community. If you don't already have an HonestGamers account, you can sign up for one in a snap. Thank you for reading!

© 1998-2021 HonestGamers
None of the material contained within this site may be reproduced in any conceivable fashion without permission from the author(s) of said material. This site is not sponsored or endorsed by Nintendo, Sega, Sony, Microsoft, or any other such party. Sound of Drop - fall into poison - is a registered trademark of its copyright holder. This site makes no claim to Sound of Drop - fall into poison -, its characters, screenshots, artwork, music, or any intellectual property contained within. Opinions expressed on this site do not necessarily represent the opinion of site staff or sponsors. Staff and freelance reviews are typically written based on time spent with a retail review copy or review key for the game that is provided by its publisher.