Turns out we need to have that chat again. The one we have when an iOS title does the rounds on the apps store and creates enough of a buzz to get itself green-lit on Steam then appears some time later as a PC title for a significant amount more money. For some titles, I get it; I do. A lot of the time we dont have this talk because I can see the work behind the scenes to improve the title -- extra levels, added voice acting, upgraded graphics. These things take time and money as well as make for a more complete game than the iOS original so, sure, its justified a bigger price tag. But this isnt always the case. Sometimes games get a straight port and think thats enough to grossly inflate the price. Sometimes, a game sold on the app store for $2 suddenly becomes $10 despite no alterations being made. Lets talk about Unpossible.

Unpossible isnt a bad game; its an endless runner set on an infinite cable that you can rotate around to avoid a bevy of onrushing obstacles. Hit an obstacle, you die and start again. Theres three difficulty modes that each increase in speed and difficulty, and if you can last more than thirty seconds in Ultra, youre better than I. Thats not to blame the game; every time I hit a game over, its entirely my fault. I could have been quicker circling out of the way of a block, or I panicked and spun the wrong way -- theres always an executable exit plan in Unpossible if youre quick enough. 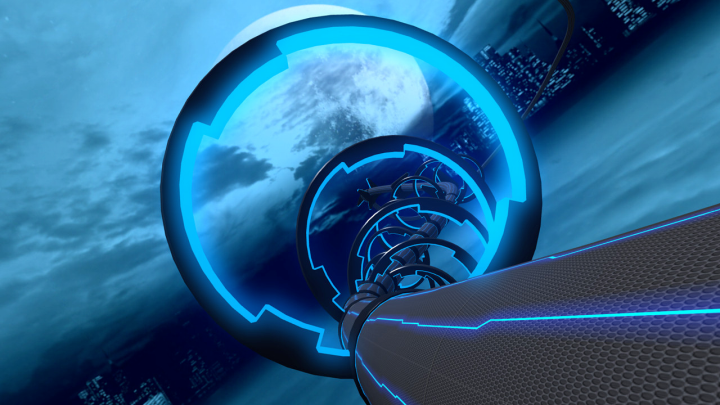 But, in the meanwhile, it exists mainly to remind you that you dont have the lightning fast reactions youve always though you had. Surviving a series of interlinked loops only to come to a solid spiral forcing you in the opposite direction all in the space in less than a second is common play. The obstacles are supposed to be randomised, but its fair to say that after a few runs youll start recognising repeating patterns that youll slowly learn to avoid. Theres a certain pace you need to adopt to see yourself safe through a collection of spirals or a certain tactic to employ once you start needing to bypass solid discs that block out 3/4s of the cable. You wont get it right away. For a while, youll just die a lot as you smash face first into any number of obstacles, but thats okay; youve only wasted about half a minute and can jump right back in and start again.

The bite-sized nature of Unpossible is perhaps its biggest boon, meaning that you whack through a dozen or so attempts in fifteen minutes. Likewise, the game itself is fair so, post-death, youll want to jump right back in because you know, deep down, you could and should have done better. You can spend a lot of time trying to add a scant handful of seconds onto your personal best or trying to ship away at that leader board that mocks you with you non-inclusion. Unpossible is not a bad game; Id go so far as to tell you its actually a good one. Im just not ready to tell you its worth five times that of its iOS version. 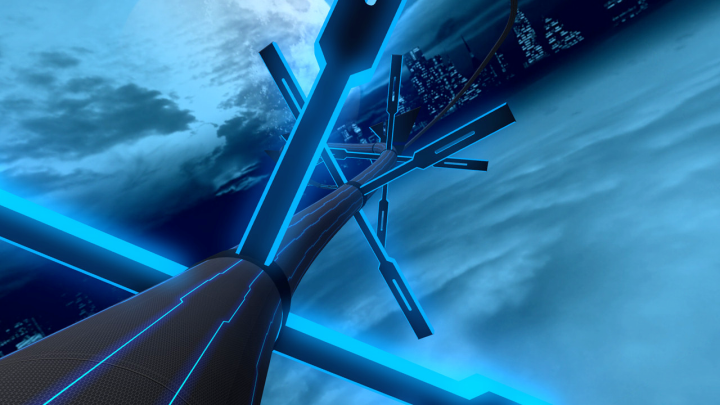 Dare I go further to suggest the most expensive option is actually the weaker version? It would be a fair point to make seeing as the mobile devices offer tight tilt controls that obviously cant translate across. To PC gaming. This puts me in a bit of a dilemma -- Im not keen to review the games business model. Its not really my job to. Im just here to talk about why I like or dislike the game. But, saying that, I do dislike this unexplainable price inflation justified by exactly nothing.

Unpossible is worth your time. Its addictive in its simplicity, fair in its Game Overs and welcoming in a flurry of reattempts. But I cannot in all honesty suggest that its worth the asking price currently slapped on it.Edit Notice// I took a sentence out on the same day I released this review about the mouse curser still being visible during games. This was promptly patched out of the game mere minutes after Id finished the original draft -- well played, Acceleroto, Inc!
3/5

If you enjoyed this Unpossible review, you're encouraged to discuss it with the author and with other members of the site's community. If you don't already have an HonestGamers account, you can sign up for one in a snap. Thank you for reading!

© 1998-2021 HonestGamers
None of the material contained within this site may be reproduced in any conceivable fashion without permission from the author(s) of said material. This site is not sponsored or endorsed by Nintendo, Sega, Sony, Microsoft, or any other such party. Unpossible is a registered trademark of its copyright holder. This site makes no claim to Unpossible, its characters, screenshots, artwork, music, or any intellectual property contained within. Opinions expressed on this site do not necessarily represent the opinion of site staff or sponsors. Staff and freelance reviews are typically written based on time spent with a retail review copy or review key for the game that is provided by its publisher.