htoL#NiQ: The Firefly Diary could have been something special. Instead, it's a very pretty chore.

htoL#NiQ is pronounced Hotaru no Nikki, which translates to The Firefly Diary, which is also the game's subtitle, so who knows what the heck is going on there? The game has an intriguing start. A young girl with a conspicuous pair of antlers, named Mion, wakes up in a dark underground ruin, finding herself with a pair of fireflies and no memory. The player doesn't control Mion directly. The light firefly, Lumen, is controlled with the touch screen. It can move freely, guiding Mion though the game world and commanding her to interact with objects. The dark firefly, Umbra, lives in Mion's shadow and is controlled with the rear touch pad. Umbra can pause time and travel through shadows, provided they're connected, to interact with switches and other things. 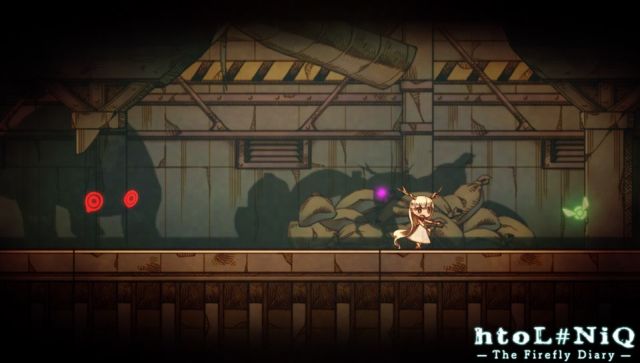 The default touch controls are terrible. Actually issuing commands with them is unresponsive. Accidentally triggering Umbra, which pauses the game, is common if you don't hold your Vita by its edges, at least on the original model Vita I used. The game is a miserable experience if you use them, but there's thankfully an option to switch to analog stick and button controls. It's hidden away in the Options menu and players might have a hard time noticing it even if they look, but the alternate scheme is there and it helps salvage the experience a bit.

Direct control over Mion would have made the game more playable. Getting her to climb ladders or obstacles can be touchy, though it's manageable with analog controls enabled. Certain puzzles are timed and require a degree of accuracy that touch controls don't allow. These puzzles are made worse by the game's most immediate flaw. 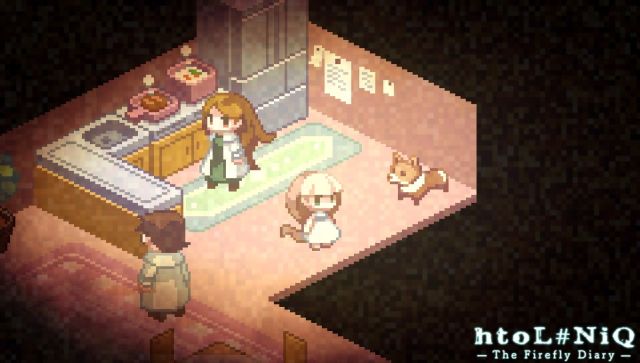 Mion moves excruciatingly slowly. If the game moved twice as fast as it currently does, it would still feel too slow for most sections. Getting around takes forever. Obstacles move slowly to match Mion's speed, including monsters, which chase her, meaning there are chase scenes that appear to move in slow motion. The game isn't that long to begin with, and I have to wonder how long it would be with better pacing.

Puzzles mostly amount to hitting switches, pushing blocks, and waiting for shadows to line up perfectly to create a path for Umbra to travel across. It's mostly standard fare for this type of puzzle adventure game. You've done a lot of it before, and you'll do it again here. And again. And again and again and again, because you will die horribly and you will die often. Many puzzles require trial and error, being more-or-less impossible to clear if you don't know what's coming up. The most egregious example of this is the Lumen maze puzzle in chapter 2, which has walls that will kill you if you touch them. 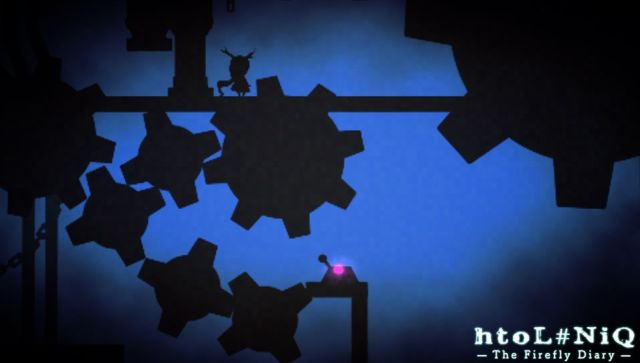 Puzzles feel like the toll you pay for uncovering the story. Each stage contains multiple memory fragments in the form of small seedlings, and you'll need to find them all to complete the game. Memories, which move just as slowly as the main game, are mostly playable segments with 16-bit graphics and a 3/4 overview. At first, they're cute little flashbacks about Mion and her parents, but they soon turn into something much darker. Make no mistake. This game may look cute on the surface, but it's definitely not for kids.

This is a game you play for the story and graphics, or you don't play it at all. Mion looks and feels stiff, but the storybook-like graphics are pleasant to look at. Most of the game consists of wandering around progressively weirder environments, trying to find the right switch to push, but the story, which is told without words, is legitimately interesting. Unfortunately, all of htoL#NiQ's worthwhile aspects can be (and almost certainly are) better experienced without actually playing it. Only pick up htoL#NiQ if you place heavy value on graphics and story.
2.5/5

If you enjoyed this htoL#NiQ: The Firefly Diary review, you're encouraged to discuss it with the author and with other members of the site's community. If you don't already have an HonestGamers account, you can sign up for one in a snap. Thank you for reading!

© 1998-2021 HonestGamers
None of the material contained within this site may be reproduced in any conceivable fashion without permission from the author(s) of said material. This site is not sponsored or endorsed by Nintendo, Sega, Sony, Microsoft, or any other such party. htoL#NiQ: The Firefly Diary is a registered trademark of its copyright holder. This site makes no claim to htoL#NiQ: The Firefly Diary, its characters, screenshots, artwork, music, or any intellectual property contained within. Opinions expressed on this site do not necessarily represent the opinion of site staff or sponsors. Staff and freelance reviews are typically written based on time spent with a retail review copy or review key for the game that is provided by its publisher.