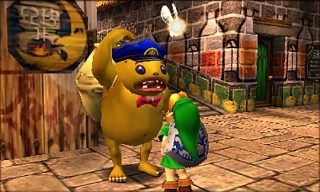 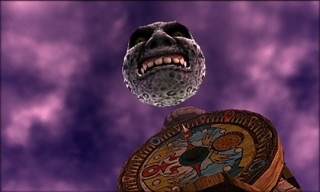 I love The Legend of Zelda: Majora's Mask. I love it to death. Nintendo took more risks with this one entry than they have with every other game in the Zelda series combined, and it pays off as a surreal meditation on existentialism that plays unlike any other game ever made. It's mind-boggling that this is actually a direct sequel to Ocarina of Time because it shares so few visual, tonal and narrative similarities; the more modern technology would otherwise suggest that this isn't even set in the same era. Most links to Ocarina are dropped in the first hour and then never brought up again. That it's a sequel is irrelevant. Majora's Mask is off in its own little world.

That world is Termina, sunsubtly named for the grim undercurrent of mortality that hangs over it. Many of the characters that Link meets here are either dead or dying, and the rest are contending with imminent destruction thanks to a big moon with grimacing face that's falling from the sky. This and the many other problems plaguing the region come courtesy of the Skull Kid, a young prankster who's been corrupted by the dark power of a mask that he stole and has grown to take his hooliganism, uh, very seriously. Link has three days to save Termina before it's crushed under the weight of the moon.

Now here's the cool part: Termina runs on its own in-game timer. The three days pass in persistent, relative real-time, the full cycle equaling roughly an hour or so. Since finishing the game obviously takes much longer than that, Link is forced to repeatedly jump back in time to the beginning of the first day, again and again. Yes, it's a lot like Groundhog Day. Events are reset, people are forgotten and the moon returns to its peak position. The campaign has Link taking the knowledge, abilities and key items gained from previous cycles and applying them to explore and understand more of the world as progress is continually reset around him. 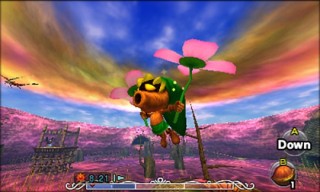 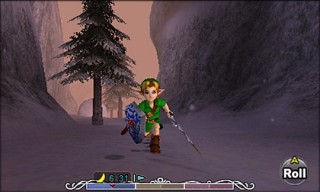 Most immediately, this gimmick gives Majora's Mask a tremendous sense of urgency, since everything has a time limit. There's a working clock on the wall of nearly every room in Termina, the incessant ticking an inescapable reminder of the game's dwindling timer. The moon itself is even a fully-rendered 3D object that moves closer as the cycle wears on, and the ground begins shaking as the apocalypse draws near. Even the soundtrack plays along in some cases, growing more frenzied as Link's time runs out.

More broadly, it means that Termina has its own schedule. NPCs can be seen walking along specific paths, doing specific things at specific moments, and having conversations with one another whether you're there to overhear them or not. Shops are only open at certain times and the state of the world changes as the three days drag on. The hub town is relatively bustling on the first day, with its inhabitants preparing for a big festival; by the third day, most have fled, with the remaining citizens either in delusional denial or having accepted their fates. Everyone's confronting their mortality. Games often threaten us with world destruction, but few games make that threat feel palpable, and even fewer bother to give context to the lives of nearly every individual in said world.

There's a lot of attention to detail in Termina, and Nintendo flaunts that, though there's admittedly a trade-off. Majora's Mask devotes so much time to questing and world-building that it only finds space for four major dungeons, which is less than half of what Ocarina offered. That hasn't sat well with everyone, and coupled with the sharp learning curve needed to wrap your mind around the game's time manipulation mechanics, it's easy to see why Majora's Mask is a famously divisive entry. 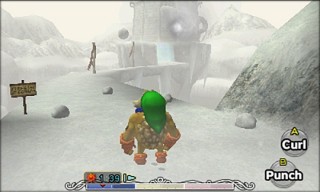 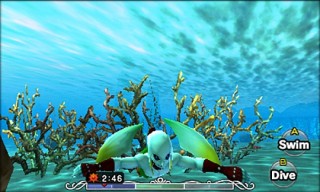 So while the rerelease of Majora's Mask (and the potential for this cult hit to find a new audience) is something to be celebrated, the fact remains that it's still just too off-kilter for some people. There's no princess to save, no coming-of-age arc to overcome, and the finale is about as close to abstract as Nintendo will likely ever be. It's light on dungeons, but it does have a full-scale alien invasion and an extended sequence in which Link verbally bargains with mummies for passage. Mask collection is a major focus, and some of them allow Link to do weird things. One lets him detect mushrooms by snorting like a pig. One lets him talk to dogs. One lets him command skeletons to open graves. And so forth.

What's great about Majora's Mask is that while time manipulation is its defining feature, there are so many other, smaller quirks that give the game character and contribute to its uniqueness. Link can actually transform into three separate races, each with a vastly different set of abilities, and massive chunks of the campaign are devoted to exploring these alternate forms. Early segments of the game focus on the Deku transformation, which has Link launching himself out of giant flowers and flying around like he's piloting a helicopter, lending Majora's Mask a leaning on platforming that the series has rarely seen. When Link is granted the power to swim freely as a Zora, it's done so in a vast, open bay area, and the accompanying dungeon has players rerouting the flow of water through a complex network of canals. The later bits test players' adeptness with these transformations in a way that perhaps demands more raw, physical skill than any other Zelda game has. Nintendo saves the best content for last, too  the Stone Tower Temple, which comes right before the finale, is arguably the best dungeon of the entire series, for reasons I won't spoil.

The 3DS reissue of Majora's Mask is notable for being the only game on the system that I played front to back with the 3D function on. That's probably because I was already so intimately familiar with the game that the effect wasn't as distracting as it usually is, but it needs to be said that the 3D remaster is beautifully done. The game had plenty of striking imagery to work with, and seeing the game's exceptional art style literally pop off the screen is a lovely way of re-experiencing it. 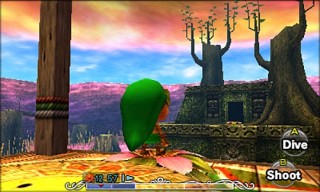 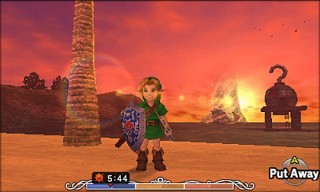 Those who are experiencing Majora's Mask for the first time, or didn't warm over to over to it fifteen years ago, will be delighted to learn that the remake is considerably less impenetrable. Numerous new dialog prompts shine a light on some of the game's murkier objectives, a hint system is now in place, and the Bomber's Notebook  an important aspect of the game, as it records sidequest progress  is now unmissable. Sadly, Nintendo has done very little to fix the game's biggest issue: its sluggish opening hour. While the game is spectacular once it finds its footing, the first cycle is a clumsy series of fetch quests, with little direction, confined to a relatively small area. The overall lack of excitement and stimulation in this initial stretch will likely still turn off a lot of people, and it remains the game's one significant flaw.

95% of the remake's faithfulness to the original is for the better, though, and the few adjustments range from massive (the bosses have been completely overhauled) to minor (various tweaks to the controls and pacing have been made). The one thing that hasn't changed at all, because it didn't need to, is the music. This is Koji Kondo's best material  often catchy, often hellish, always moody and atmospheric, and full of recurring themes that underline the game's heavy subject matter, like the sobering Song of Healing that echoes whenever the subject of death comes up. Majora's Mask is also the only 3D Zelda to use the classic overworld theme, as if to make up for every other aspect of the game being so untraditional.

All of this, and Majora's Mask also gets credit for arguably being Nintendo's darkest and most mature work to date. The fact that it earns that title and still finds time for Link to conduct a choir of frogs is just one bullet point on a long list of reasons that I believe Majora's Mask, after a decade and a half of consideration, is my favorite game. I've always given that honor to Ocarina of Time, and while that game's significance has few equals  its use of 3D space was revolutionary  the fact is that when Zelda generally follows such a strict template, it's the weird experiments like this that make the most lasting impression. I never want another Majora's Mask, because that would diminish the game's uniqueness, but I do want Nintendo to take more artistic leaps with well-worn formulas, and for such risks to pay off as well as they did here. This is another chance to remind Nintendo that you do, too.

If you enjoyed this The Legend of Zelda: Majora's Mask 3D review, you're encouraged to discuss it with the author and with other members of the site's community. If you don't already have an HonestGamers account, you can sign up for one in a snap. Thank you for reading!

© 1998 - 2022 HonestGamers
None of the material contained within this site may be reproduced in any conceivable fashion without permission from the author(s) of said material. This site is not sponsored or endorsed by Nintendo, Sega, Sony, Microsoft, or any other such party. The Legend of Zelda: Majora's Mask 3D is a registered trademark of its copyright holder. This site makes no claim to The Legend of Zelda: Majora's Mask 3D, its characters, screenshots, artwork, music, or any intellectual property contained within. Opinions expressed on this site do not necessarily represent the opinion of site staff or sponsors. Staff and freelance reviews are typically written based on time spent with a retail review copy or review key for the game that is provided by its publisher.