Hyperdimension Neptunia mk2 was the perfect sequel. It fixed everything its predecessor did wrong, improved upon what it did well and was even bold enough to try new things. Since then, the franchise has been slowly building off the foundation laid by that second effort. Its only fitting that the franchise gets another shake up with its remake.

Hyperdimension Neptunia Re;Birth 2: Sisters Generation is the latest entry in Vita series of remakes of the Neptunia trilogy on PS3. It features pretty much the same story as its source material. In this chapter, the CPUs from the first game have been captured and imprisoned within the Gamindustri graveyard. Its up to Neptunes little sister, Nepgear, to join forces with CPU Candidates (i.e. little sisters) from the other nations to save the CPUs and the world. 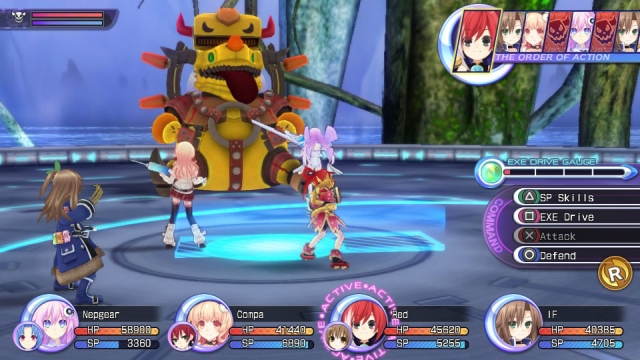 The main story hasnt changed much, but there are still some alterations. Perhaps the most significant change is that the partys meeting with Nisa and Gust in the original mk2 has been removed. Instead, the party teams up with Red and Broccoli in the early parts of the game. Whether this was a conscious decision on the part of the writing staff or the changes were made due to licensing restrictions isn't entirely clear, but their omission is a little disappointing. Thankfully, the game makes up for it with even more playable characters this time around, including Falcom, Cave, 5pb, and all the oracles from each nation.

While the writing in Re;Birth 2 is superb, most of us are likely here for the gameplay. If youve played any of the games since mk2, you know what youre in for in that department. Re;Birth 2 is still a grind-heavy turn-based RPG that finds players navigating dungeons looking for treasure and monsters. Battles are also unchanged, with combo-focused combat that allows players to freely move around the field during battle. Its a system that has worked since mk2, and the only new wrinkle this time around is that four playable characters can be on the field at once. While that may not seem like a major tweak, it does open up exciting new tactical possibilities. 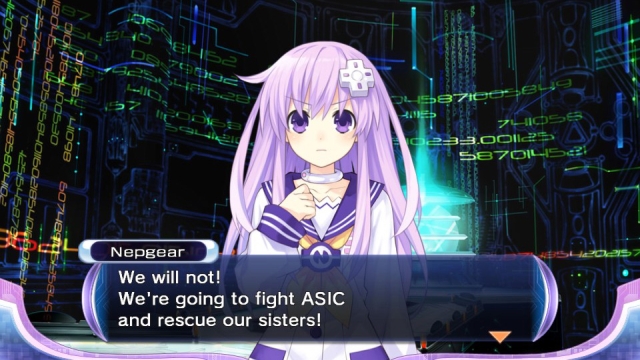 Despite their apparent desire to improve things, the developers still havent fixed the weird balance issues that were present in Re;Birth 1. The game is unusually difficult in the first few chapters, and requires players to grind a lot to even stand a chance. What makes this difficult is that its hard to know where to grind. Some powerful enemies will give paltry amounts of XP, while weak enemies will give too much. This dynamic can lead to you running around, trying to find good enemies on which to grind, because what the game designates as powerful enemies sometimes dont give out that much XP.

At least the interesting Remake system from Re;Birth 1 also makes a return and helps to negate some of the issues. For the unfamiliar, this system allows players to change the game in some pretty significant ways. Early on, you will obtain items that modify the difficulty. You can also alter what items and monsters appear in dungeons, or even to change the dungeon entirely so that brand new monsters and items appear. 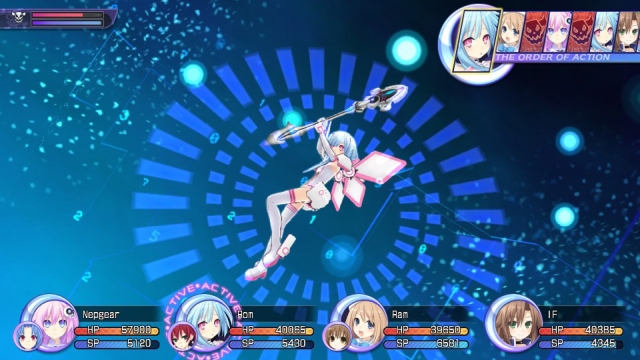 Re;Birth 2 also introduces a new mini-game called Stellas Dungeon. It's essentially a rogue-like that plays itself. You send Stella and her cat into dungeons that you previously visited, with each floor requiring a pre-determined amount of time to clear. As youre going about your business saving the world, Stella goes through floors defeating monsters and gathering loot. When she returns, youll often get a bunch of new equipment for her to use, as well as some items for you to use in the main game. If Stella fails, however, shell lose all of her currently equipped items. I expected to not care that much about this new mini-game, but instead I found myself obsessively sending Stella back into dungeons again and again, just to see what she would find next. Your mileage may vary, but I think its a great new addition to the core game.

The Hyperdimension Neptunia franchise that gets a lot of flak for supposedly offering a substandard JRPG experience that only succeeds thanks to its otaku fanbase. Those who hold that opinion are entitled to it, but they're missing out on the constant experimentation and refinement that goes into this series. It never reinvents the wheel so far as to feel foreign, but it doesnt remain complacent, either. For that reason, Hyperdimension Neptunia Re;Birth 2: Sisters Generation is another excellent entry that tries new things while retaining what makes the franchise so much fun in the first place. Its easily one of the best JRPG experiences you can have on the Vita or PlayStation TV.
4/5

If you enjoyed this Hyperdimension Neptunia Re;Birth2: Sisters Generation review, you're encouraged to discuss it with the author and with other members of the site's community. If you don't already have an HonestGamers account, you can sign up for one in a snap. Thank you for reading!

© 1998-2021 HonestGamers
None of the material contained within this site may be reproduced in any conceivable fashion without permission from the author(s) of said material. This site is not sponsored or endorsed by Nintendo, Sega, Sony, Microsoft, or any other such party. Hyperdimension Neptunia Re;Birth2: Sisters Generation is a registered trademark of its copyright holder. This site makes no claim to Hyperdimension Neptunia Re;Birth2: Sisters Generation, its characters, screenshots, artwork, music, or any intellectual property contained within. Opinions expressed on this site do not necessarily represent the opinion of site staff or sponsors. Staff and freelance reviews are typically written based on time spent with a retail review copy or review key for the game that is provided by its publisher.