Having narrowly escaped having his heart, soul, and (gasp) hair ripped out by a murderously megalomaniacal Voodoo cult, magnificent bastard Gabriel Knight has successfully managed to translate his horrific, sanity-crippling escapades into a bestselling novel.

Of course in the process of breaking his familys centuries-old death curse (spurned witches can really hold grudges, trust me on this) hes also inherited their title of schattenjäger (shadow hunter), obliging him to depart steamy, seductive New Orleans for the gothic ruin of Schlöss Ritter nestled high in the snowcapped mountains of Bavaria  likewise a pretty sweet deal. Unfortunately the leggy be-dirndled blondes and moatful of beer will just have to wait, as nearby Munich is rocked by an increasingly ferocious series of animalistic murders that have the peasants whispering werewolf. Theres only one thing for a snarky scion to do: pack his bags and hit the city in search of truth, justice, and material for a bestselling sequel. Seriously, WHERE DO YOU SIGN UP FOR THIS. 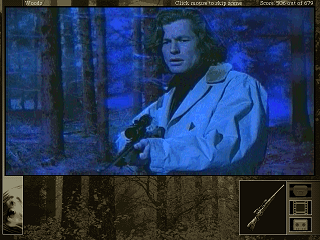 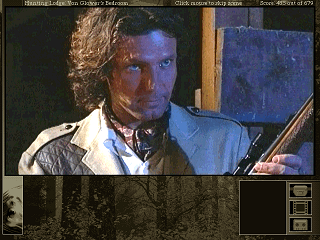 Jane Jensens Sins of the Fathers is one of the best graphic adventures ever made, so its a little disappointing that The Beast Within merely settles for being the greatest FMV game of all time. Thanks to a reputation for dreadful acting and limited gameplay, the entire genre is basically synonymous with disappointment; even Roberta Williams own Phantasmagoria (the highest selling adventure game in history at the time of its release) is essentially a terrible Lifetime movie (with gore) and far inferior to her earlier Colonels Bequest. Using live actors for everything means that the original GKs brooding pixel graphics and peerless voice casting have been replaced with a bunch of unknowns capering about in front of a green screen, and the interface has been reduced to a single cursor that just plays a short cinema instead of offering you a complex menu of different actions, nor will you enjoy highly detailed descriptions provided by a humorously dry narrator. Even then you can only interact with a few select objects on each screen, and I think there must be a rule that these games have to waste as many discs as possible on fluff like Gabriel carefully preening his hair in the mirror. (Well, it is very nice hair.)

Of course none of this actually matters, because just as our hero cheerfully toys with every dour Deustchlander misfortunate enough to cross his path by pouring on the old Southern charm, so does the game itself con you into overlooking its flaws with an amazing presentation. Dean Ericksons interpretation of Gabriel is completely different from Tim Currys scenery-chewing machismo and outright mockery of everyone around him  and it works. Preferring a softly spoken, slightly clueless façade, Gabe now leaves his victims wondering what the hell just happened as the idiot good ol boy proceeds to trip them up in the middle of his inane banter, pokes through every last bloody skeleton in their closets when they arent looking (our hero sneaks into a second floor bedroom window by fashioning a bungee cord out of recently used bondage rope; the man is a pathological snoop), and then casually drops the hammer with a boyish grin as if to say, Aw shucks, I guess youre fucked. 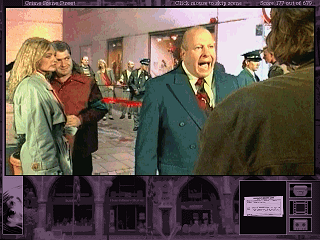 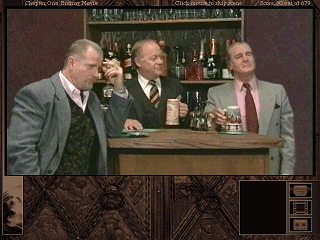 Amazingly enough were anything but fucked when it comes to the acting abilities of these poor, beleaguered souls; theyre not going to win any academy awards, but almost everyone turns in an unexpectedly strong performance. Gabriels investigations soon lead him to focus on a hunting lodge for rich weirdoes presided over by the dashing Baron Friedrich von Glower. Despite its outward appearance of an elite social club dedicated to manly bonding, it quickly becomes clear that these fine upstanding businessmen are a bunch of corrupt deviants frequently at each others throats  especially Gabriels, once it becomes clear the Baron wants to take him under his wing as the new favorite. The ensuing bromance between Gabriel and Friedrich is actually kind of sweet, if completely terrifying. Von Glowers obvious (to everyone but our hero, apparently) efforts to tempt a man whos already a complete (if lovable) bastard into embracing his primal, bestial nature come off as genuine attempts at a relationship with someone he feels a kinship to rather than anything sinister . . . its just that theyre (probably) coming from a ravenous monster whos managed to pass for human over the years.

Unlike Phantasmagorias now absurdly outdated CGI, all the backdrops are scanned from hundreds of photos actually shot in Germany, making it so much easier to likewise suspend disbelief when youre calmly strolling down Marienplatz to grab some weisswurst  or creeping through the Black Forest in the dead night with only the Ritter family talisman to fend off a howling stalker whos likewise feeling a bit peckish. And while the original game showcased Sierras love for the Roland SC-55, the sequel upgrades to digital audio for a more orchestral score. Its still synthesized, but the new samples seldom disappoint, whether by reimagining Gabriels theme with somber but determined horns as he agrees to his first official case as the new schattenjäger, or the initially peaceful piano tune that gradually grows more and more intense as Gabriels former assistant Grace finds herself shut out and proceeds to lose her shit. 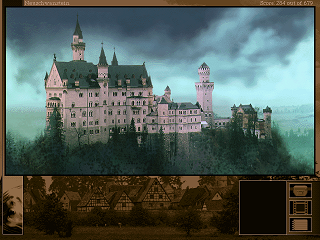 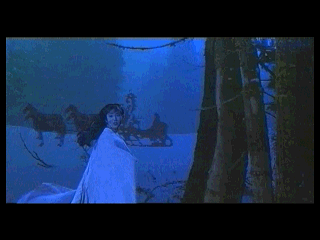 Yes, the story is now separated into discrete chapters and that makes things far more linear. This is because Gabriels Munich misadventures now alternate with badass bookworm Grace Nakimura, who immediately makes the trip from St. Georges Books upon learning of our heros little hunting trip. You know, for research purposes. Because she doesnt care about him or anything. If Gabriel is a subtle manipulator, Grace is a five foot battering ram with a Masters degree and absolutely no sense of humor when it comes to mucking about with morons and monsters alike. He just might want to stay in the woods; I dont think the talisman is going to hold her at bay.

If youre the sort of disturbed individual who enjoys going to museums or just watching the (old) History Channel all day, youre certain to enjoy Graces sections. Trekking from the sleepy village of Rittersberg to famous landmarks all across Bavaria, her studies (and a few prophetic dreams) indicate the current murders are somehow tied to the Black Wolf, a charismatic nobleman whose amorous attentions ultimately led to the downfall of the fairy tale king Ludwig II in the 1800s. (The real Ludwig II was a devilishly handsome but angst-consumed recluse best remembered for his patronage of Richard Wagner and for constructing a series of elaborate castles. He was both a devout Catholic and a homosexual, hence all the angst.) But just when you uncover some startling clue that puts their respective investigations onto a totally new track, the narrative cruelly switches you back to the other character! 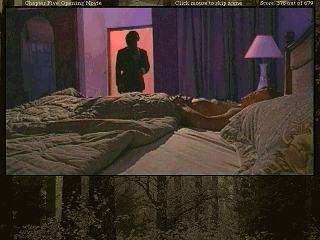 Dont worry Gabe, the Twilight novels have clearly established that watching someone sleep is totally romantic and in no way creepy, so youre (probably) fine. Uh, not that Ive ever read them. So . . . back to Grace!

Just as the previous game was packed to the gills with both real and fictionalized tales of New Orleans rich voodoo tradition, Grace not only gains important context by visiting such iconic locales as Neuschwanstein, but fiendishly tricks you into learning history. But besides the edutainment value it should quickly become apparent how screwed her unsuspecting partner is going to be as you uncover the motivations of a tragic villain whose doomed need for companionship always seems to culminate in an orgy of corruption, betrayal, and bodies piled to the ceiling  so I guess its pretty appropriate that these two separate quests finally culminate with opera. 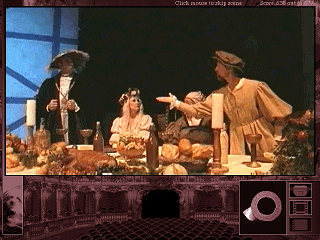 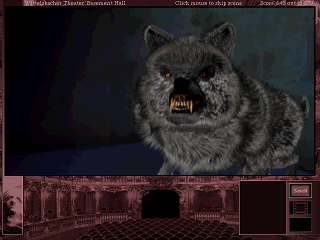 Not just any opera, either, but a mythical Wagner masterwork commissioned by the Mad King as part of a desperate gambit that never came to fruition . . . until now. What follows is a ridiculously epic performance as Grace locks Gabe in a storage closet (its complicated) and then futilely attempts to entrap the Black Wolf amidst bellowing buxom Valkyries, comically inept jesters, and bombastic reprises of the first games most famous musical cues. And just when you think Wagners ghost is going to float on stage to shake his head in disgust as the rapidly transforming villain reveals his true nature and launches himself from the highest seat in the theater to successfully take refuge in the sprawling labyrinth below, an equally unhinged Gabriel reveals himself as the lead minstrel and attempts to bring the house down on the nefarious noble to conclude the greatest example of operatic insanity in all of gaming! (Apologies to Final Fantasy VI.) Relationships really are a bitch.

The Beast Within lacks the intricate interface, outlandish visuals, and obsessive attention to detail of its predecessor, but no one really cares. Any adventure fan who cares about awesome stories and memorable characters will find that the greatest FMV game of all time still manages to come pretty damn close.

© 1998 - 2022 HonestGamers
None of the material contained within this site may be reproduced in any conceivable fashion without permission from the author(s) of said material. This site is not sponsored or endorsed by Nintendo, Sega, Sony, Microsoft, or any other such party. The Beast Within: A Gabriel Knight Mystery is a registered trademark of its copyright holder. This site makes no claim to The Beast Within: A Gabriel Knight Mystery, its characters, screenshots, artwork, music, or any intellectual property contained within. Opinions expressed on this site do not necessarily represent the opinion of site staff or sponsors. Staff and freelance reviews are typically written based on time spent with a retail review copy or review key for the game that is provided by its publisher.