Genuinely, my favourite thing in the world right now is sitting an unsuspecting victim in front of Velocibox, then watching them crash and burn before they even realise whats just happened. As such, I write this review begrudgingly because it supplies anyone who reads it with enough aggravating knowledge to avoid such a trap. Ideally, I dont want you to know that Velocibox does not exist to spin a narrative, to make you feel better about the world or to hold your hand; it exists for no other reason than to make you feel like a clumsy, lumbering lummox lacking in both talent and dexterity.

I have to take this video at its word that the game extends out to as many as six (spoilers  theres nine!) levels. I once made it halfway through level four, and have got nowhere near it since. On the face of things, Velocibox revels in its simplicity: your modest cube rockets through a corridor and youre tasked with not stacking it into any of the obstacles thrown in its path. With just the arrow keys as prompts, you can flip your perspective at will; ride up the walls or transfer yourself to the celling. The first stage throws out a few columns stretching across the verticals and horizontals, but its nothing overly complex. According to my stats page, it only takes an average of ten seconds of this to kill me off.

Velocibox is pure, undiluted twitch gameplay released in an era as to remind newer gamers how easy they have it nowadays, and to remind older ones that, if they ever possessed worthwhile gaming reflexes, theyve long since eroded. You need to plot paths through the spokes of obstacles, rolling up walls and back again; flipping from floor to ceiling and trying to factor in that those blocks on the left are now on the right in the space of half a second. Its wonderfully frustrating to realise that safety lay in rolling the screen right, but you decided to switch up for down and ate a facefull of blue for your error. Because theres a way through  because you can always see theres a way through  youll try again. Ten seconds later, youll die, but thats cool, youll try again anyway. Then you realise that staying alive is all well and good, but to advance to further stages, you need to gobble up smaller boxes plotted along the way. 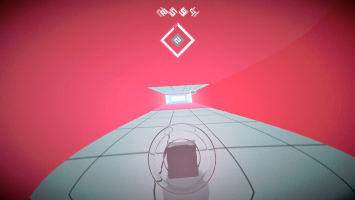 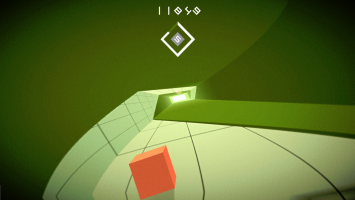 There was a time when I knew with sinking certainty that Id never pass the first stage, back when staying alive for ten seconds felt like a massive achievement. Velocibox laughed at my poor efforts with plentiful Retry? screens displaying a weak high score to try and better. Racking up big points is more than just picking up boxes; its about picking them up in rapid procession. Playing it safe and just picking away at the boxes that more or less land at your feet means sacrificing the big points dialling up combos grant you. But grabbing boxes in succession often means darting through dangers that could be easily avoided by cautious players. Like a coward, I limped into my first few forays in Stage 2, simply happy to get there. I died seconds later. But I was making progress.

Theres no happy ending to be had here; Ive yet to witness even a hint of Velociboxs supposed finishing line, but I can feel myself creeping closer. If I die at the first stage, Im disappointed in myself, or I was too greedy in my box gobbling. Im slowly learning Stage 2s little quirks; how it does away with things as pedestrian as columns, and instead colours huge stretches of space into dead zones with tiny patches of safety hidden between. Ive only beaten 3 once; Im usually quickly dispatched by yellow retracting walls that mercilessly smash me back to the start. I dont recall much of my single foray into 4  I played that in unblinking terror. 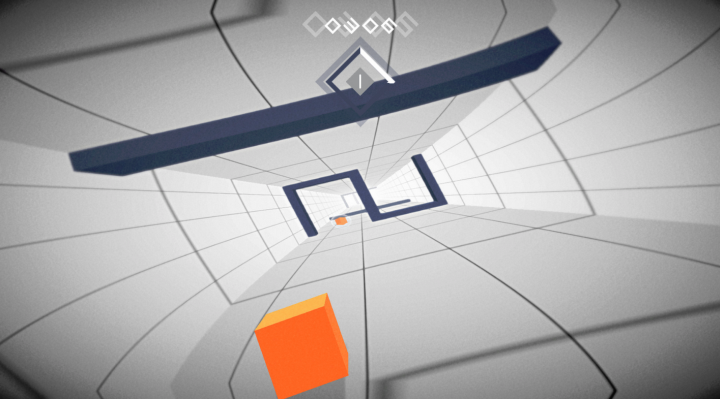 And then I died. And then I jumped straight back in. Its an addictive minimalism coupled with the fact that, with every death, I know I could have done better, and am driven back to the start to prove that point. Hundreds of Game Over screens later and Im only making creeping progress. But thats still progress, right?

© 1998 - 2023 HonestGamers
None of the material contained within this site may be reproduced in any conceivable fashion without permission from the author(s) of said material. This site is not sponsored or endorsed by Nintendo, Sega, Sony, Microsoft, or any other such party. Velocibox is a registered trademark of its copyright holder. This site makes no claim to Velocibox, its characters, screenshots, artwork, music, or any intellectual property contained within. Opinions expressed on this site do not necessarily represent the opinion of site staff or sponsors. Staff and freelance reviews are typically written based on time spent with a retail review copy or review key for the game that is provided by its publisher.