If Amid The Ruins taught me anything, it was that I didnt really care for the majority of Season 2s cast. As the penultimate chapter put its head down and bullrushed clumsily from start to finish, caring only about setting things up for the finale, Telltales purposefully truncated episodes proved that by sacrificing the groundwork, the overall product suffered. People I was supposed to care about  people who the series clearly expected me to care about  were gruesomely despatched, and my indifference was apathetically matched by the in-game cast. Making me wonder why I should care about people Ive only known for a handful of hours when their virtual family couldnt give a damn about their demise. Fact is, beyond establishing pre-determined tropes, characters were rarely given the time to stand out and establish themselves. Season One demanded downtime where you could stroll around a bubble of safety and chat to your group of survivors, getting a feel for who they were, making you begrudgingly like or even care for them. So that when whatever awful travesties finally befall them, it hit you so much harder.

No Going Back, whatever youve done in the past, is whittled down to the final group of survivors. Bonnie represents the blandest character from the Season One DLC, while the much more interesting cast members are relegated to five-second cameos three episodes ago. Mikes been afforded the least screen time out of everyone, and all we really know about him is that he can carry water bottles and has a cool scar. Damn it, though, I cant help but really like Luke; and I know its going to not going to end well, but hes been afforded the time to grow on me. Hes forced into a faux leadership hes not really cut out for, but has moments when you have to remember that hes just a twenty-something guy scared out of his wits. And then theres Kenny. Thank god for Kenny. 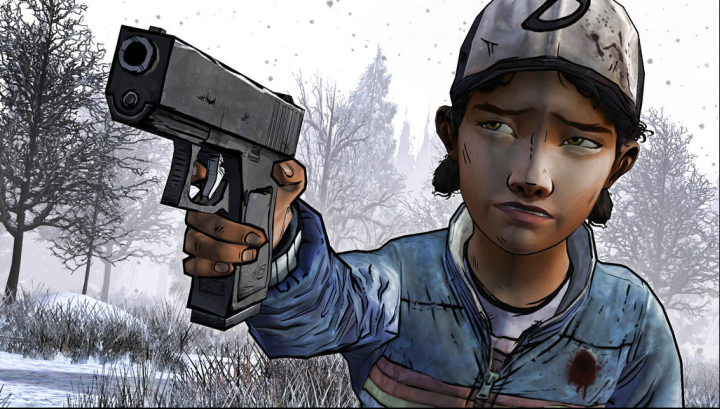 If anything, Season Two has been Kennys tale just as much as its been Clementines, as youre forced time and time again to try and re-evaluate just how much faith you have left in the man as he slowly turns into a rage-filled monster. As Clementine, its been wholly up to you how to fill the oppressive atmosphere his frequent outbursts cause. Theres only so many times you can talk him down, to listen to pledges on how hes going to get on top of the darkness rising inside him. Theres only so many times the rest of the group will heed your pleas to cut him some slack; to put whatever vile things hes said or done behind them. Theres a growing sense of segregation, and youre stuck right in the middle of it. In the second episode, the hardest thing in the world was something as pedestrian as picking which table to sit at for dinner. Do you honour the history you and Kenny have and favour him, or try to bolster the budding trust between yourself and your new group of survivors?

Now, your new group is telling you that Kenny is either going to get people killed, or kill someone himself next time his mind goes somewhere dark. And theyre right; theyre absolutely 100% correct and any excuse you make for him falls flat in the face of his constantly simmering wrath. But, this is punctuated by his moments of understanding, where he pulls himself back from the abyss and shows theres hope for him yet. Hes still in there, firmly believing extreme measures are the only hope to surviving the world as it is. That, in the centre of his insanity, he desperately wants to keep the few people he still cares about safe and cant help but crumble when he fails. Every confrontation, every disagreement, every word uttered in anger ushers closer and closer to the realisation that youre going to have to make a very, very hard choice soon. I honestly found myself wishing it was once again something as innocent as picking a clique to eat dinner with. 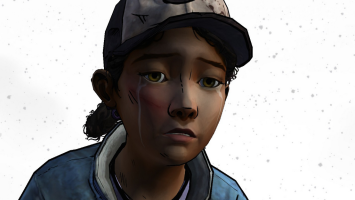 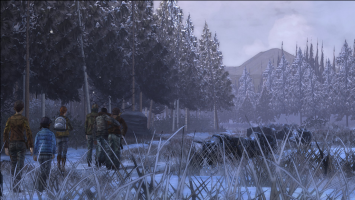 Its a balancing of loyalties, and its exhausting. Even if you come into the final chapter already firmly planted on one side, you cant help but see the merit in the opposing argument. No Going Back teases avenues of reconciliation where you can fool yourself into believing that everything is going to turn out okay for everyone, rare moments of honest happiness amongst the grind and the horror only to get slammed back into reality. Tragedy hits, and you pick yourself up and move on. You patch up whats left of your group as best you can, and you drive forward. Revelations hit, and youre forced to finally realise that dusting yourself off and stumbling onwards might not be enough anymore. It might be time to put the strongest of the group first. It might be time to decide you need to focus effort on those who lack the means to protect themselves. It might be time to cut your losses and give up on everyone for the sake of yourself.

For all the impotent veneer of choice offered in that last chapter, what you do in No Going Back has dramatic and long reaching consequences. The choices you make, the sides you take, the blood you shed, it all impacts which of the very different and multiple endings might act as final bookend to Clems horrific journey. Theres a few heart-wrenching twists yet to come that made me want to abandon the game and go sit somewhere quietly for a few hours so I wouldnt do the things I knew I had to do, and while no conclusion is perfect, theyre all silently fitting. I knew what my Clem would have to do, how I could balance her morality with her need to survive, and Ive done hugely regrettable things to get her there. Perhaps for the first real time since Telltale lurched into the world of The Walking Dead will you see the illusion of choice banished, and all those little choices you made throughout the two seasons finally start to come together in a meaningful fashion. 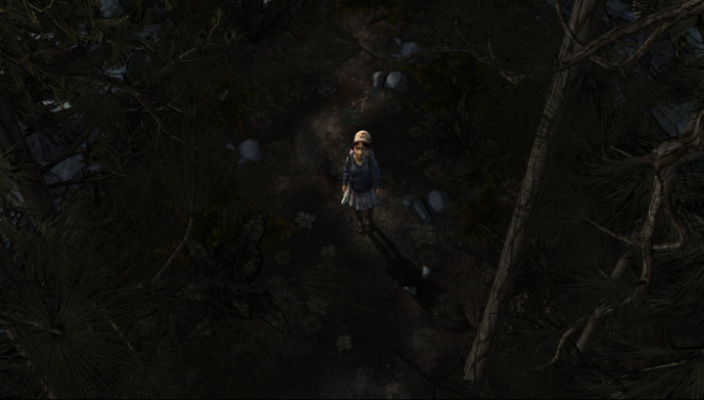 And now, its over. Unspeakable things have been done, and the vastly differing endings on offer suggest an end to Clementines adventures. I cant tell you or even begin to imagine where the third season could possibly take us, but Im honestly not sure if I cant wait to find out, or am openly dreading the emotional wreck itll turn me into.

If you enjoyed this The Walking Dead: Season 2.5 - No Going Back review, you're encouraged to discuss it with the author and with other members of the site's community. If you don't already have an HonestGamers account, you can sign up for one in a snap. Thank you for reading!

© 1998-2021 HonestGamers
None of the material contained within this site may be reproduced in any conceivable fashion without permission from the author(s) of said material. This site is not sponsored or endorsed by Nintendo, Sega, Sony, Microsoft, or any other such party. The Walking Dead: Season 2.5 - No Going Back is a registered trademark of its copyright holder. This site makes no claim to The Walking Dead: Season 2.5 - No Going Back, its characters, screenshots, artwork, music, or any intellectual property contained within. Opinions expressed on this site do not necessarily represent the opinion of site staff or sponsors. Staff and freelance reviews are typically written based on time spent with a retail review copy or review key for the game that is provided by its publisher.