In early 2011, Idea Factory and Compile Heart unleashed Hyperdimension Neptunia upon us. It wasnt a good game. In fact, some would even call it a terrible game thanks to boring dungeon design, baffling combat mechanics and a razor-thin story.

With a debut that bad, one would think the Hyperdimension Neptunia series would be one of the many one and done moe-fueled RPGs to come out of Japan. Instead, it spawned a franchise that has two more (and much better) entries on the PS3, an idol management sim spinoff on the PlayStation Vita and even an anime series. 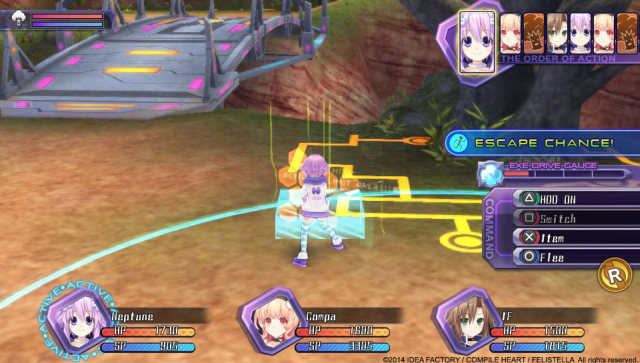 Despite all this progress, the terrible first game in the series still exists. While Idea Factory cant undo history, it can rewrite it. Thats where Hyperdimension Neptunia Re;Birth 1 for the PlayStation Vita comes in. Its a remake of the original title, but with the improved gameplay and story elements along the lines of those featured in later entries in the series.

For those new to the franchise, Hyperdimension Neptunia Re;Birth 1 tells the story of Gamindustri and the four nations within it: Lastation, Leanbox, Lowee and Planeptune. The goddesses who rule each nation, known as CPUs, fight each other for control in whats called the console wars. The goddesses from the three former nations team up and defeat Planeptunes CPU, Neptune. Upon her defeat, shes cast from the heavens to the earth where she awakens with amnesia and thus our cliched JRPG adventure begins.

While the plot is basically the same as the one found in the original game, the developers have fleshed it out. The other three goddesses - Noire, Blanc and Vert - are heavily involved in the plot now, whereas they were just recruitable side characters in the original. The writing also manages to break the fourth wall a lot more often to elicit some gags from our self-aware heroes. 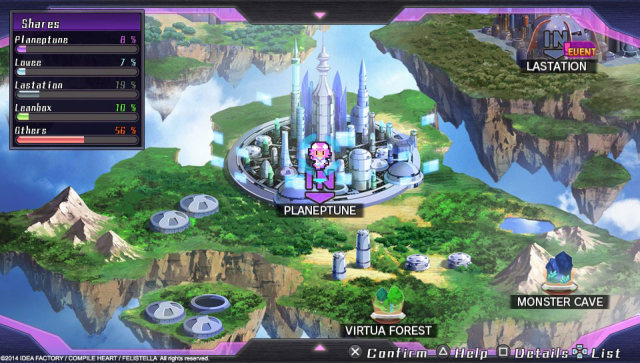 It should be noted that this is the first game in the series to be localized and published by Idea Factory International. Previously, the games were localized and published by NIS America. Thankfully, Idea Factory was able to secure the same excellent dub cast from the previous games and the localization stays faithful to the work previously done by NIS America.

A revamped story isnt the only addition Re;Birth 1 pulls from the later games in the series, either. The vastly improved combat system from Neptunia Victory is also present in the remake. In other words, enemies now appear on the map and combat is faster paced. Players can freely move their three party members within a circle of movement and attack anything within those circles. While attacking, players can mix and match between Rush, Power and Break attacks. It may sound complex, but most players will be content to just spam Power attacks all the way throughout the game.

As for new features exclusive to Re;Birth 1, the developers have added a system similar to Victorys scout system. This time, however, its called the Remake system. Instead of sending out scouts to find new dungeons and items, players can now create items with plans given to them by NPCs or found in dungeons. Plans range from new weapons and armor to new dungeons and enemies. Keeping in line with its self-awareness, researching these plans costs megabytes. Throughout the game, defeating certain bosses will yield additional megabytes that can be utilized to add new plans to the game. Most plans will take up between one to five megabytes, but plans that alter the game in significant ways--by making enemies weaker or stronger, for instance--can require more than 500 megabytes. 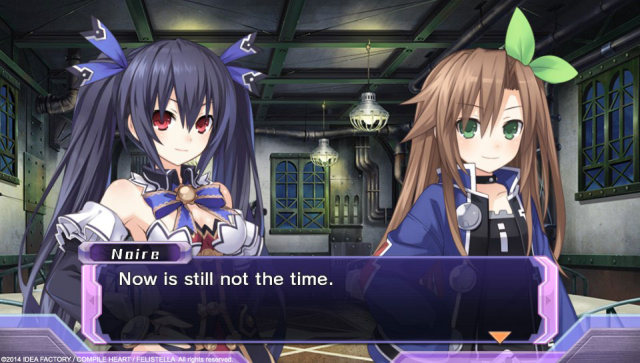 So far, it likely sounds as if Re;Birth 1 is a much better game than the original thanks to the additions from Victory, and that's certainly true. The improvements don't mean its suddenly a great game, though. All of the same problems found in Victory are present here.

As in Victory, players are required to spend more time grinding than they do making any noticeable progress. Enemies in dungeons are tough and will wipe out the party if players arent careful. Its hard to know just how strong one needs to be to clear dungeons, so most will likely spend extra time grinding levels just to be safe. Even then, grinding doesnt help with how unbalanced the game can feel at times. During my time with the game, I ran into multiple instances where strong enemies in later dungeons yielded more experience, yet did less damage than enemies in earlier dungeons that yielded far less experience while still being able to wipe out my party. It feels inconsistent and oftentimes unfair. 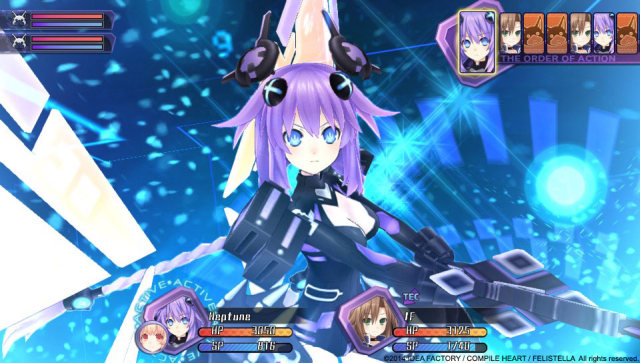 Finally, the game liberally borrows assets from Victory. Youll find yourself wandering the same dungeons found in Victory, with all the same layouts and same enemy types. Its lazy, but lazy is what fans have come to expect from the developers at Compile Heart. It doesnt affect the game in any major way. Its just a little disappointing to see that no new content was created for this title outside of the story.

With all of that being said, Hyperdimension Neptunia Re;Birth 1 is a much better game than the original PS3 title. As far as remakes go, it may be the most drastically improved game of the past few years. Instead of simply improving the existing systems and calling it the day, the developers made a produced a fresh take on it. While it borrows heavily from Victory, the new effort manages to carve its own identity thanks to the stellar writing and a charming voice cast that has quickly become one of my favorite English dub casts in recent memory.

Whether youre new to the Hyperdimension Neptunia franchise or a returning fan, Re;Birth 1 is a solid JRPG investment.
3.5/5

If you enjoyed this Hyperdimension Neptunia Re;Birth1 review, you're encouraged to discuss it with the author and with other members of the site's community. If you don't already have an HonestGamers account, you can sign up for one in a snap. Thank you for reading!

© 1998-2021 HonestGamers
None of the material contained within this site may be reproduced in any conceivable fashion without permission from the author(s) of said material. This site is not sponsored or endorsed by Nintendo, Sega, Sony, Microsoft, or any other such party. Hyperdimension Neptunia Re;Birth1 is a registered trademark of its copyright holder. This site makes no claim to Hyperdimension Neptunia Re;Birth1, its characters, screenshots, artwork, music, or any intellectual property contained within. Opinions expressed on this site do not necessarily represent the opinion of site staff or sponsors. Staff and freelance reviews are typically written based on time spent with a retail review copy or review key for the game that is provided by its publisher.