Crysis 3, from Crytek, is a beautiful first person shooter that has you play as Prophet, a nanosuit powered super human. The combat is engaging, but the best part of the game is the new Cryengine 3 game engine, which adds an amazing level of detail to everything. Crysis 3 doesnt have any major flaws, but it also doesnt offer anything out of the ordinary.

I have not played the first two Crysis games, and I believe the story in the third iteration would have been more meaningful if I had. The story is acceptable, though not innovative in the sci-fi genre; a human organization is exploiting alien technology, and it does not end well. The single player campaign was not long enough for me to feel an attachment to Prophet and his allies. The story tries to be sad and dramatic, but without my empathy, the characters despair meant nothing to me. The dialogue isnt horrible, but at the same time it isn't interesting. Like the rest of the game, the story doesnt do anything terribly wrong, but it also doesnt bring anything new to the table. 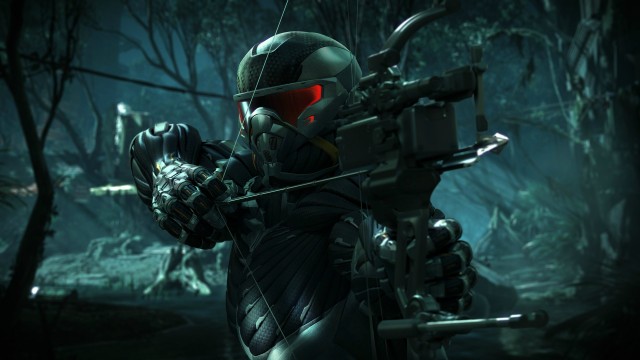 There are eight multiplayer modes to choose from, including the generic capture the flag, protect a spot, deathmatch, and team deathmatch modes. Also available is the fascinating hunter mode, where two players armed with infinite stealth and bows have to kill everyone. When the hunters do manage to take out someone, the downed foe will respawn on the hunters team.

The combat is a mix of stealth and brute power. You can choose from a wide array of weapons, created by both aliens and humans. You can swap out parts of weapons forged by humans, like the scope, adding a plethora of variety to the arsenal. Some weapons even have a few types of ammo, such as incendiary or shock rounds. You can hold three weapons at once, one of which is a bow that is always with you. The bows regular arrows can one shot most enemies, but there are also electrically infused arrows, sticky-bomb arrows, and air-burst frag arrows. You can only carry 20 arrows at a time, nine regular and three of each special type. You can pick up any regular arrows that have already been fired, including the ones that are still in your dead enemies. However, locations that can completely refill your arrow supply are few and far between. Due to the limited arrow supply, the bow never made me feel too powerful.

The nanosuit adorned by Prophet grants cloaking and super armor abilities, allowing you to approach levels in a multitude of ways. You can upgrade the nanosuit by finding upgrade kits scattered throughout the game. There are sixteen different upgrades to choose from; things ranging from improved stealth to faster reload times. You can have four abilities equipped at once, and there is a system that allows you to map a set of abilities to a button while in the menu.

The AI is smart, but human enemies can only see through your cloak when you are right in front of them, resulting in human enemies not offering much of a challenge. Enemies will throw grenades where they think you are cloaked, but the grenades are easily avoided, especially if you decide to upgrade the nanosuits stealth skills. There are a few alien enemies who can see through your cloak, but these tougher enemies appear rarely and mostly towards the end of the game. 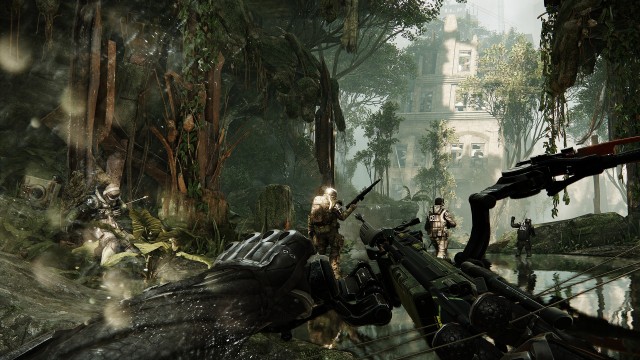 Crysis 3 made a minor mistake that a lot of games make; draining your character of all of his abilities near the end of the game and then forcing you to fight through a group of enemies with a nerfed version of your character. I just spent hours learning how to blend all my skills and weapons into a stealthy fury, and now I have to fight with a pistol only? Lame.

Besides the one personal gripe, Crysis 3 is a solid title. It has amazing graphics, a satisfactory story, and fun combat. The muiltiplayer adds some longevity to the game, but Crysis 3 doesnt offer anything that other shooters havent already done.

© 1998 - 2022 HonestGamers
None of the material contained within this site may be reproduced in any conceivable fashion without permission from the author(s) of said material. This site is not sponsored or endorsed by Nintendo, Sega, Sony, Microsoft, or any other such party. Crysis 3 is a registered trademark of its copyright holder. This site makes no claim to Crysis 3, its characters, screenshots, artwork, music, or any intellectual property contained within. Opinions expressed on this site do not necessarily represent the opinion of site staff or sponsors. Staff and freelance reviews are typically written based on time spent with a retail review copy or review key for the game that is provided by its publisher.