Let me get this out of the way.

See, one of the reasons that the Halo brand has continued to hold my interest over this generation is its obstinate refusal to bend to the genre's altered standards. I have nothing against cover systems and ironsights aiming per se, but I'm worn out on them, and it's relieving to play a shooter free of such restrictions. Halo's multiplayer is colorful, large-scale, strategic, and just the slightest bit off the wall. There was a time when every shooter on the market wanted to be Halo. Now they all want to be Call of Duty, and Halo is off in another room doing its own thing, and it's all the better for it.

Halo 4's multiplayer  all 8GB of it  generally preserves that rather well. It's shorter on game variants than Reach, and it replaces the popular Firefight mode with a significantly-less-inspired cooperative campaign sort of thing, but it also makes just enough improvements in the right areas (namely, better map design and the welcome removal of reticle bloom) for me to call it the superior experience. But. Unlockable loadouts. Egh. Bungie always cited a desire for a level playing field as their reason for limiting player progression to cosmetic upgrades, but now, dumping more time into Halo 4 grants you better weapons and abilities at the beginning of any match. It's not a game-changer by any means, since Halo's inventory is fairly limited anyway, but it's worth noting as one of 343 Industries' few missteps in what is otherwise an impressively faithful continuation of this franchise.

This is a touchy subject for a lot of us, because Bungie is no longer involved with Halo, and this latest installment is new developer 343 Industries' chance to demonstrate that they have firm control of the franchise. I was not a fan of their Halo: Combat Evolved remake, which I felt played it safe to a fault. It seemed lazy, the product of a team more committed to earning money than pleasing fans. Thankfully, a Bungie-esque welcome message when you first boot up Halo 4 earnestly spells out their dedication to the community, as does a thank-you at the end of the campaign. And while some of the worst things have been done with good intentions, I'm pleased to say that 343 Industries' passion for the franchise has paid off, because Halo 4 is pretty great. 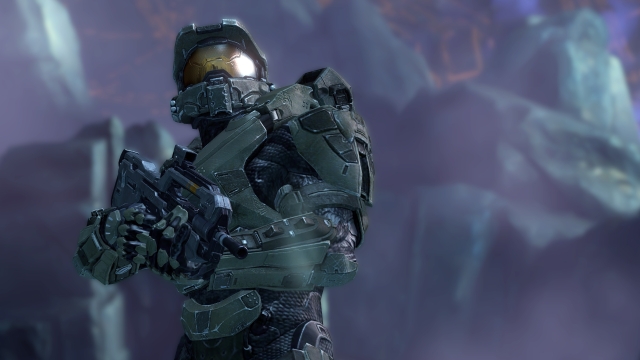 I will maintain to my grave that the Halo series has some of the best straightforward combat of any shooter. It plays miraculously well on a controller, and the intelligent enemy AI and open-air level design work in tandem to make every firefight feel unique, even on replays. A permanent sprint function has finally been added, but otherwise, very little has changed. I know that this series hasn't always "worked" for everyone  whether it's due to slow pacing or the decidedly non-visceral quality of the gunplay or whatever  and if you're one of those people, Halo 4 won't be the game to get you into the franchise. But if you belong to my school of thought, in which Halo did things over a decade ago that shooters to this day can't keep up with, Halo 4 delivers what you want.

They do bungle it in a few areas  your first Warthog ride, a key moment in any Halo game, is underwhelming here, and the final encounter is no more than a disappointing series of quick-time events  but where it took Bungie their entire run with the franchise to iron out all of the kinks, 343 Industries nailed it on their first attempt. A merciful lack of level design copying-and-pasting means Halo 4 doesn't have a Library, and the Flood (which frequently reduced Halo's smart gunplay to mindless shotgun spamming) are nowhere to be found. Sprawling outdoor areas give each of the vehicles their moment in the spotlight, while the tense indoor environments demonstrate just how well the standalone combat works with no strings attached. The folks at 343 obviously studied their source material well, because this is easily as engaging as any previous Halo outing.

Unfortunately, the much-hyped Forerunner weapons are a disappointment, if only because they're all just cooler-looking versions of your standard assault rifles, pistols and so forth. The new Promethean enemies more than make up for it, however. The Knights in particular proudly usurp the Covenant Elites as the series' most fearsome foe. They move intelligently, they wield swords, they teleport, they take a lot of damage before falling, and they can even summon turrets and other units to fight alongside them. Battling them one-on-one is intense. Battling several of them while doglike robots swarm you and flying support drones resurrect fallen enemies is organized chaos, if there is such a thing, and it's as intense as the series has ever been.

It may sound underwhelming when I cite "new enemy types" as the reason Halo 4 is so great, but honestly, that's what's cool about Halo: it does one thing in particular, and it does that thing so well that all it takes are a few creative new adversaries to truly reinvigorate the franchise. A handful of spectacular set pieces and otherworldly vistas make Halo 4 the first of the series in quite a while that's a genuine pleasure to look at, and new composer Neil Davidge's soundtrack is moody and ambient and Deus Ex-y, perfectly complementing the game without ever getting overly showy. (Of course it doesn't compare to Martin O'Donnell's iconic work, but hey, apples to oranges. Halo 4's music works for the game and that's all that matters.)

In other words, they nailed it. Halo 4, in nearly every way, lives up to the series' standard. In fact, 343 Industries have actually managed to trump Bungie in one surprising area: storytelling. That, by all means, shouldn't be the case, if only since Halo 4 retreads so many of the original game's plot points. Human vessel stumbles upon alien superstructure while wandering through space; human vessel crash lands on superstructure with Covenant in pursuit; Master Chief and Cortana delve deep into superstructure and uncover terrible thing; Master Chief must prevent terrible thing from leaving superstructure and wreaking havoc on galaxy; adventure culminates in climactic "trench run" sequence. Yep, if any detractors want to point to Halo 4 as Microsoft's stale attempt to squeeze money out of an aging franchise, all they need to do is cite Wikipedia's plot synopsis. 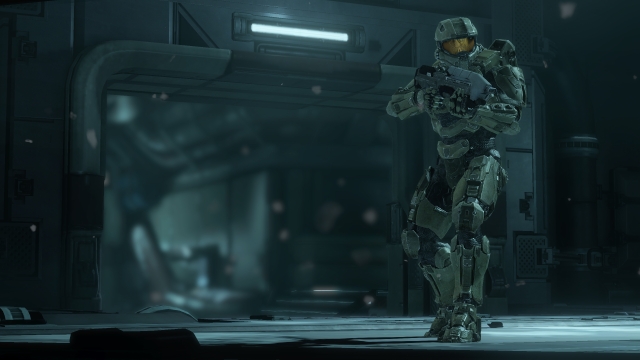 But from a few startlingly gorgeous FMV sequences bookending the campaign to the smartly character-centric script that holds it all together, it's clear that the people at 343 Industries take storytelling far more seriously than Bungie ever did. For one, the smart pacing means they let us get absorbed in the wonder of this new world before pulling out all the stops in the game's second half, raising the stakes with a few very dark turns. What's more, while I've never bought Master Chief as more than an emotionless player avatar, this is the first Halo game to truly explore his motivations and the positive and negative effects that his mission has on him. Bungie never had any trouble making the events of its trilogy feel grandiose and important, but this is the first time any of the people involved make any noticeable progress as characters. It's a welcome change of focus.

I do think a borderline love story between Master Chief and Cortana is pushing it a bit, though. I know  new development team, new direction, blah, blah, blah. But the trouble is that they're building from an entire trilogy's worth of character non-development, in which Cortana is a talking head and Chief is essentially Gordon Freeman with some occasional dialog. For the two of them to suddenly carry so much emotional weight as a duo  out of nowhere  feels like a bit of a cheat, and if AIs really can get sick and die, it would have been nice to know that sometime before Cortana was right at the end of her lifespan. While I dig the new character-centric focus, Chief's panicked struggle to save Cortana is a major driving plot point that, for me, doesn't quite stick the landing. Maybe if they'd waited until Halo 5, they could've pulled it off. It's one of the few areas of the game in which 343 Industries got notably overeager.

Speaking of which, how do I feel about the future of this franchise? I've made it clear that the last thing I want is for Halo to forsake what makes it great, and while Halo 4 is definitely great  excellent, even  its biggest downfall is that, for all 343's minor new spins on the franchise, the formula remains unchanged, and this is more or less the same game that we've been playing for the last decade. That's not a bad thing at all (hell, it's what I signed up for), but now that I've seen them edge the series ever-so-slightly in a new direction, I'd like to see them take it even further with Halo 5. They've proven that they can maintain the level of quality set by Bungie. Now it's time to see what else they can do.

If you enjoyed this Halo 4 review, you're encouraged to discuss it with the author and with other members of the site's community. If you don't already have an HonestGamers account, you can sign up for one in a snap. Thank you for reading!

© 1998 - 2022 HonestGamers
None of the material contained within this site may be reproduced in any conceivable fashion without permission from the author(s) of said material. This site is not sponsored or endorsed by Nintendo, Sega, Sony, Microsoft, or any other such party. Halo 4 is a registered trademark of its copyright holder. This site makes no claim to Halo 4, its characters, screenshots, artwork, music, or any intellectual property contained within. Opinions expressed on this site do not necessarily represent the opinion of site staff or sponsors. Staff and freelance reviews are typically written based on time spent with a retail review copy or review key for the game that is provided by its publisher.