It's not because you're missing out on what will probably forever be the preset benchmark for pyschological horror (well, not just that), but because the game has not aged well. You'll need especially thick rose-tinted glasses to see past the pixallated lego-blocked characters that make up the title, and the tank controls are long obsolete in favour of something, you know, functional. Travelling is a pain, wading though ingloriously dated cosmetics while trying to ignore the bursts of voice acting that could be best labelled reasonable. The game looks like it was released over a decade ago, and there's a reason for that; Silent Hill was kicking down your suspension of disbelief way back in early 1999 and it shows. It's antiquated, struggling and clumsy. But still effortlessly terrifying.

Excuse my slip into sophomoric cursing, but there is no other word that captures poor Harry's plight so perfectly. Innocent of any wrong, his car is worthless, it won't take him anywhere. His daughter is missing, she was right there beside him, but now she's gone. She's out there, somewhere, in the endless snow, cloaked by the omnipresent shadow of the unwavering fog. Emerging from the wreckage of his automobile, he stumbles into the cold, desperately searching for any signs of Cheryl but finding only an unending ocean of white. There's no sign of life, no answer to his pleading calls, so he drags himself onwards, trying to push the feeling of mounting dread to the back of his mind. Neither he nor you will succeed. He finds a small sanctuary of civilisation, an abandoned basketball court, but it's been violated in ways most gory. Shades of dried blood red mix with swirling whites and then the shadows come alive, and they bring knives. Desperate searches become, in a split second, pointless thrashings of pure survival, futile animalistic surges of self defence and preservation. And then, he's dead, of course he's dead, the town has won before the starting bell has even sounded.

Harry's ending ironically merely signals the beginning of his slow descent into silently flickering madness. He'll awake immediately afterwards in a nondescript diner sans an uncountable flurry of tiny puncture wounds just as lost and confused as you are. The only concrete facts remain that his daughter is out there somewhere, and he needs to find her. And so, minutes after his definitive death, he lunges back outside into the murk; the town welcomes him with open arms. The broken radio he had a strange compulsion to bring along hisses static, and the gut wrenching sound of flapping leather or claws clicking on asphalt lazily drip into the world. They remind him that he's not alone. 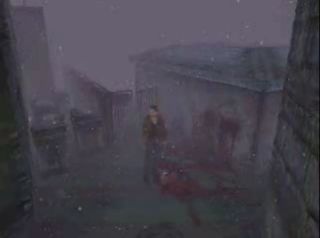 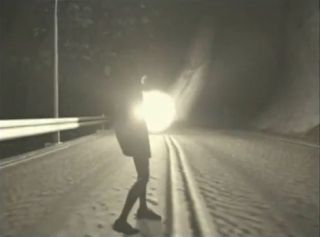 His initial exploration of the cursed town is little more than a crazed charge from A to Q while he desperately searches for B. What he'll find instead is huge canyons scored into cement roads, blocking his progress, and a number of monstrosities for company. Large pseudo-prehistoric reptiles flutter down from the sky while grotesque parodies of dogs assault him from the ground. Harry can try and fight them off, but he's no special forces commando; he's a man scared out of his mind forced to defend himself from creatures that have no right to exist. So, when he swings his lead pipe, he swings hard and inaccurately, being made to pay for every miss while he tries to recover. Should he find a firearm, his shots are panicked and unfocused, easily wasted. When he runs -- and, believe me, he'll run -- he runs for his life, sprinting distances at top speed that quickly leave his lungs burning and forcing him to a premature stop, bent over gasping for air while whatever is chasing him makes up for lost ground.

Silent Hill isn't jump-out-from-the-shadows scary, it takes the time to get into your head. You have as little idea as Harry what's going on out there and with no logic or understanding to ground your fear in, all that's left is a primal urge to survive and to fear the unknown. Harry's not a brave man; the game doesn't teach him to overcome the inexplicably macabre and bizarre town as it lines up nightmarish pitfall after pitfall for him to battle, he's simply a father more scared of losing his daughter than he is of the town. Even that's tested at times. Severely.

The town knows this. It's impudent to pretend that the town itself isn't the game's big bad as it nudges Harry from one disgusting location to the next. Forced to explore a dilapidated school, he slinks down corridors, turning his flashlight on to see where he's going, but quickly back off again when the radio hisses in the hope that whatever's out there with unpure intentions will just slide on past. But sometimes, it's not a monster that materialises out of the darkness; sometimes, it's a small pitch-black infant that sets your radio chattering and your heart racing. They might just appear in the distance, harmlessly ambling by, or they might emerge from a nearby wall and crawl towards you, sobbing gently. They might rub at your feet and gaze up towards you longingly, and it's then that you realise that they're as trapped and as helpless as you. You appear to them like a beacon of hope, an improbable saviour, and they long for rescue. But you can't help them. You can barely help yourself. So, you move on. The shadow-black infants might accept this, and vanish back where they came. Or they might crawl after you, pleading with their undeveloped sobs as you abandon them to the darkness.

Then the air sirens sound, a bleak, sharp note piercing the mumbling silence. Then the walls crawl. Then you learn what hell is. 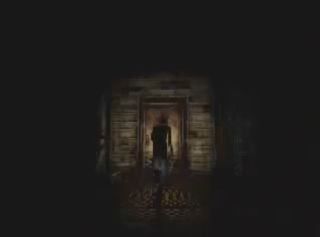 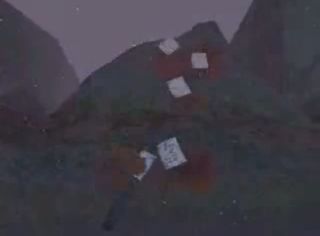 And Harry stumbles through it, half-crazed with fear, grief and guilt, groping for explanations and absolution beyond his reach. Trying to make sense of his role in the marionette show puppeteered by the town itself. Never since has a protagonist been as mangled and mislead as poor Harry, bouncing from one macabre disaster to the next. There's no happy ending in the world of Silent Hill, not really. It's an experience tailor made to crawl behind your eyeballs and scream into your skull, and that can never truly end well for anyone. Still, I'm not going to pretend the years have been kind, I'm not going to lecture you on the worth of the narrative outweighing the cons a decade of advancements have brought. I feel for you, prospective gamer, I honestly do, if you never managed to play the game while these faults were obsolete.

I urge you to suffer the flaws regardless, so that you may search out a sense of almost wonderful suffering you'll not find anywhere else.

If you enjoyed this Silent Hill review, you're encouraged to discuss it with the author and with other members of the site's community. If you don't already have an HonestGamers account, you can sign up for one in a snap. Thank you for reading!

© 1998-2021 HonestGamers
None of the material contained within this site may be reproduced in any conceivable fashion without permission from the author(s) of said material. This site is not sponsored or endorsed by Nintendo, Sega, Sony, Microsoft, or any other such party. Silent Hill is a registered trademark of its copyright holder. This site makes no claim to Silent Hill, its characters, screenshots, artwork, music, or any intellectual property contained within. Opinions expressed on this site do not necessarily represent the opinion of site staff or sponsors. Staff and freelance reviews are typically written based on time spent with a retail review copy or review key for the game that is provided by its publisher.