Im a firm believer in the idea that turn-based strategy games, especially of the RPG variety, are best experienced on a portable. I easily lost count of how many hours I spent with the original Advance Wars and Final Fantasy Tactics Advance, which were games I lost sleep over after staying up until the wee hours of the morning so I could just. play. one. more. turn. This should be especially true with a game like Disgaea, which offers tons of complexity that draws people back in long after the story is completed. I dont want to spend the hours it takes to grind to level 9,999 sitting in one place in front of a TV. I want to level in chunks, getting a little time in before bed, during commercials or while pretending to work when my boss isnt looking.

That alone, in my opinion, justifies the existence of a portable Disgaea 3, which has arrived early on the PlayStation Vita scene. But as someone who is a relative newcomer to the Disgaea series, this third game lacks a little something special that those other portable classics really nailed, and its just a shame there's not much here to entice those who have already taken the plunge on the PlayStation 3, where the game first debuted. 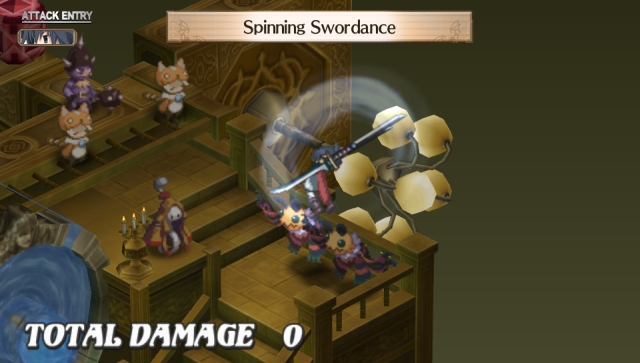 Disgaea 3 centers around Mao, son of the big, bad, villainous Overlord. He has a bone to pick with his dad, not because he's a moral character that would like to save the world out of the goodness of his heart, but rather because his father broke his game system and made him angry. Mao wants to be a hero not for honor, but because it's always a "hero" in comics and anime that defeats the villain. If Mao wants to beat up his dad and become the new Overlord himself, he figures he needs to become a hero.

Becoming a hero will mean, of course, leveling up and amassing a large cast of minions in a long series of battles filled with tons of gameplay systems. Theres a lot to Disgaea 3 -- in fact, maybe there's a little too much. Disgaea doesn't offer many significant twists in the SRPG formula of "Move this unit this many spaces; tell this unit to attack with this ability; hope for the best." Instead, Disgaea throws tons of new systems on top of that formula, adding things like monster capturing, combining monsters with non-monsters through Magichange abilities, changing the colors of tiles in order to change their respective benefits or penalties, and so on. There's a lot going on here, and it can be a little intimidating for your first several hours of gameplay.

Maybe I felt this way, in part, because I was coming in fresh to a series with a game that doesn't seem to care much about newcomers at all. Lots of the game's systems, in battle or outside it, almost feel like they exist only to needlessly complicate things. Theyre cool if you use them, but not always needed. I personally went a majority of the game without ever capturing enemies or even making new characters. I didnt spend much time messing with clubs or doing much else in the homeroom, where you are supposed to pass class bills in order to change elements of the game (such as make enemies stronger or unlock more expensive items). I didnt understand why you would ever pick up and throw your allies, or pile them all up into one huge tower of warriors. 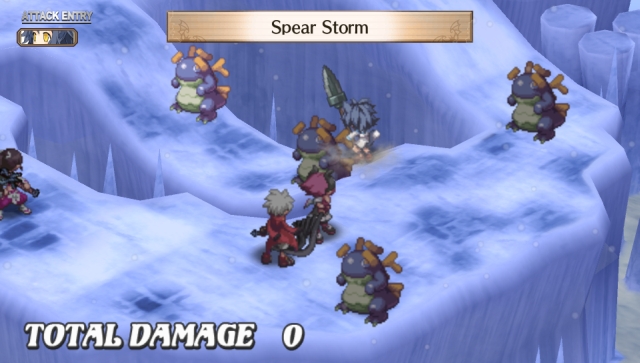 Heck, I rarely even used items or upgraded equipment through the Item World (a collection of randomized floors you can play through in order to improve the stats of your weapons and armor)  that is, until the difficulty reached such a point that I had no choice but to go back and grind my way to fortune.

Not every subsystem in the game is absolutely necessary, but when you start the game and are thrown headfirst into a multitude of options that you don't fully understand ... well, that's only enticing for a certain subset of gamers, and it feels a little out of place against the backdrop of a school -- a place where you're supposed to be taught things, not expected to know them yourself. Sure, as the game goes on an experienced player can pick up much more of the nuance and start enjoying himself more. Several hours in I started to better understand the advantages of creating towers of allies and throwing them around the map, but the education of such mechanics could have been handled better.

The whimsical story has its moments, when fourth wall-breaking jokes are funny or when the reversal of many good/evil tropes are genuinely clever, but it's also not a story to play for story's sake. The characters (and their English voiceovers) can be annoying at times, encouraging you to skip all dialogue between missions -- which, thankfully, is pretty easy to do. You can ignore the majority of cutscenes with a couple button presses, and you won't miss out on much at all. In my limited familiarity with the series as a whole, Disgaea 3 seems to be the weakest link in terms of story and character. 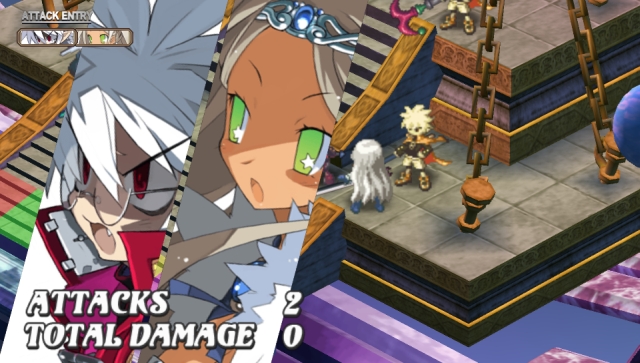 Other than the portability factor, Disgaea 3 doesn't take much advantage of the Vita hardware, which isn't necessarily a bad thing. You can tap a corner of the touch screen to zoom in closer to the map, or tap another corner to cycle through player units (which is handy), but that's more or less the extent of it, outside the goofy ability to toss NPCs around with the touch screen in between battles. The same corner-touch functions can also be performed on the rear touch pad, but the touch area is placed in such a way that you will often hit it on accident, making the feature more of an annoyance than anything. Its best to turn this feature off immediately.

But I don't want to be too hard on Disgaea 3. Much of what it does it does very well. There's a ton of content to dive into, even after the story is complete, and it's easy to replay old levels if you want to go back and re-experience certain stages (or just grind). The game also includes all the DLC that was originally released for the PS3 version, ensuring you get a lot of bang for your buck.

The Vita could have done a lot worse for its first big SRPG. Disgaea 3 is a fun, lighthearted experience with a lot of depth and plenty of content to keep you occupied. If it was alone on the system, it would be an easy recommendation. But when you consider the library of excellent PSP SRPGs easily available to download on PSN, Disgaea 3 doesnt stand out too easily, and if you've played it already there's no reason to do it again. It's good, but it didnt give me as many sleepless nights as some of its kin, and it takes a little too long to sink its claws into newcomers.

If you enjoyed this Disgaea 3: Absence of Detention review, you're encouraged to discuss it with the author and with other members of the site's community. If you don't already have an HonestGamers account, you can sign up for one in a snap. Thank you for reading!

© 1998-2021 HonestGamers
None of the material contained within this site may be reproduced in any conceivable fashion without permission from the author(s) of said material. This site is not sponsored or endorsed by Nintendo, Sega, Sony, Microsoft, or any other such party. Disgaea 3: Absence of Detention is a registered trademark of its copyright holder. This site makes no claim to Disgaea 3: Absence of Detention, its characters, screenshots, artwork, music, or any intellectual property contained within. Opinions expressed on this site do not necessarily represent the opinion of site staff or sponsors. Staff and freelance reviews are typically written based on time spent with a retail review copy or review key for the game that is provided by its publisher.