PlayStation gamers had a wealth of serviceable stealth action titles that they could pore through when the mood hit. Most notably, the Tenchu series offered a delectable mixture of stylish kills, addictive mechanics, and stories you wanted to see through to the end. Unfortunately, after the PlayStation age and the eventual shift of development duties to the team at From Software, the Tenchu series has been hit-or-miss. Reeling from the loss of its breadwinner franchise, Acquire struck out on its own and attempted to craft a new franchise that might find the sort of success that Tenchu initially enjoyed. Thus was born Shinobido. Unfortunately, Shinobido: Way of the Ninja was a PlayStation 2 title that only saw a limited European release (and met with mostly negative reviews, at that).

Enter Shinobido 2: Revenge of Zen, a PlayStation Vita effort that also comes from Acquire and is distributed by Namco Bandai Games. The new title seeks to appeal to a much wider audience by virtue of its portability and its status as a newly-released Vita game. Unfortunately, the gameplay is a mishmash of mostly forgettable moments sprinkled with some merely passable standout instances. I cant really recommend it to new Vita owners or even to fans of the original Tenchu games. 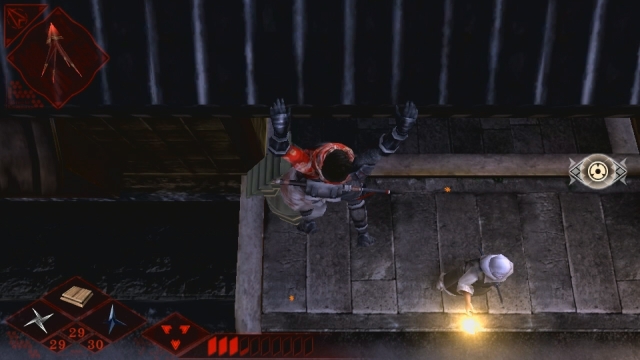 Shinobido 2 sets itself up so that new players should have no problem diving right into its lore. Revenge of Zen takes place six months after the events depicted in Way of the Ninja, though it's easy to pick up the trail without any prior Shinobido knowledge at all. The story weaves a simple tale of revenge, as the title suggests, one that follows protagonist Zen through hellish trials and tribulations which stem from the civil war raging within three house factions of Utakata. Each faction (daimyo) will offer missions for Zen to complete and those missions aid him in his journey to avenge the death of his fallen companion. You can choose to side with one daimyo or freelance for all three, unlocking new paths and storylines along the way depending on the path you follow. In this regard, Shinobido 2 is quite promising. The open-ended gameplay allows players freedom to tailor the game to their particular interests. It's unfortunate, then, that actually playing Shinobido 2 becomes such a hassle.

You may choose which missions you decide to take on by way of Asuka Village, though the types of missions available vary little aside from their classifications: rescue missions, assassinations, kidnappings, and other less ambitious tasks. Missions feature far too little variety, often taking players to the same area over and over while hunting the same target or performing an assassination. Recycled backgrounds and locales do no one any favors. In many assassination missions, you'll find the target hiding in the exact same hiding place where you located him previously, leaving little challenge and little room for discovery. Who wants to perform the same few tasks over and over?

Wading through missions for the first time is also frustrating. Zen's a fantastic swordsman, and the potential to increase his offense, defense, stamina, and other statistics can go a long way toward maintaining your interest as you earn precious experience points. It's a shame you are rarely asked to do anything that doesnt involve stealth takedowns, as Zen is well-equipped for a much wider variety of situations. You'll spend most of your time cutting through your problems with Zen's blade, rather than making use of kunai and other equipment. Items that restore health and give brief boosts are a boon in some areas, but when you're given a wide array of tools to perform your job and never even need them, what's the point of having included them in the first place (let alone offering players the option to use alchemy and create still more items)? 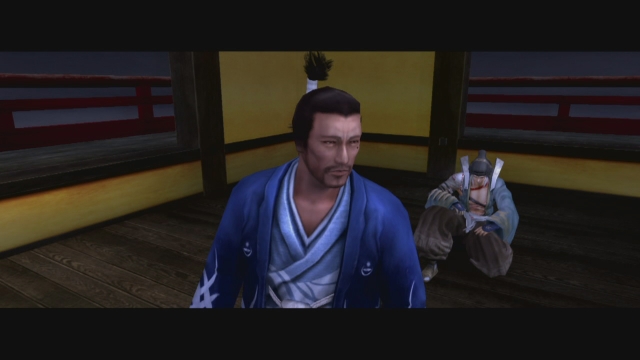 You'll be relying on your wits and blade, then, to take down a glut of your targets (and to complete other goals that you select through each daimyo). The name of the game is stealth, obviously, and higher rankings and increased experience points are awarded to players who complete missions while relying on stealth rather than brute force. Thus, Shinobido 2's camera may well prove your biggest opponent. The Vitas twin analog sticks would suggest that this issue would be alleviated, but horrible camera angles still have a tendency to prevent you from pulling off fantastic executions and controls only serve to lock the camera in place, rather than providing actual assistance. You needn't worry about enemies hearing you or noticing your presence, either; knocking over strategically-placed set pieces and even nearly running into foes failed to draw attention to me. So I pressed on.

It's painfully clear to me that Shinobido 2 wasn't a labor of love. Recycled environments, halfhearted character designs, and muddy graphics overall simply don't put the Vita through its paces, nor do they showcase what the powerful handheld is capable of doing. Forgettable music, voice acting, and frustrating touch controls that only worsen the experience all work together to make Shinobido 2 a very weak package overall. If you're looking for well-executed stealth action that delivers a more complete experience, you might want to gravitate toward the excellent Ninja Gaiden Sigma Plus instead.

If you enjoyed this Shinobido 2: Revenge of Zen review, you're encouraged to discuss it with the author and with other members of the site's community. If you don't already have an HonestGamers account, you can sign up for one in a snap. Thank you for reading!

© 1998-2021 HonestGamers
None of the material contained within this site may be reproduced in any conceivable fashion without permission from the author(s) of said material. This site is not sponsored or endorsed by Nintendo, Sega, Sony, Microsoft, or any other such party. Shinobido 2: Revenge of Zen is a registered trademark of its copyright holder. This site makes no claim to Shinobido 2: Revenge of Zen, its characters, screenshots, artwork, music, or any intellectual property contained within. Opinions expressed on this site do not necessarily represent the opinion of site staff or sponsors. Staff and freelance reviews are typically written based on time spent with a retail review copy or review key for the game that is provided by its publisher.