The central mystery of LA Noire is this: am I playing a bloated adventure game or a barren open-world game? While crossing the city yet again or picking up another crumpled cigarette pack that has nothing to do with anything, I can't help but think of Abraham Lincoln's famous comment upon being served a dubious drink: "If this is coffee, please bring me some tea. But if this is tea, please bring me some coffee."

Since this is very much a Rockstar title (albeit one developed by a new studio in Australia), the natural expectation is that you're getting an open-world saga along the lines of Grand Theft Auto IV or Red Dead Redemption. That's certainly how it looks and plays, splayed out across Los Angeles in the immediate wake of World War II, populated by characters and plots and mini-missions and collectibles and quaintly historical city streets. 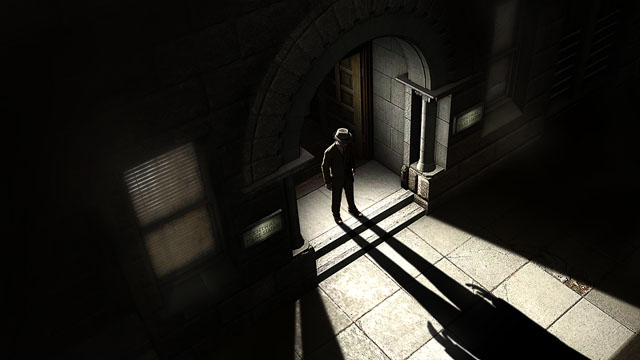 But as you start accumulating hours waiting for the gameplay to open up, no such thing happens. As you move from episode to episode, you'll see a lot of stale gameplay Rockstar has used since its early days, such as heavily scripted chase sequences where the car is going to go where it's going to go or the suspect is going to run where he's going to run, and you're essentially trailing along until the scripting is done. There is no sense of interacting with locations, or owning anything, or any sort of progressing gameplay. A crushing sense of inertness descends like night. Los Angeles is the city that never wakes up. It's enough to make you long for a call from Roman asking you to go bowling.

What a disappointing step backward for open worlds, particularly since Red Dead Redemption was such a huge step forward. That Old West featured a thriving gameplay economy consisting of flora, fauna, treasure, strangers, outlaws, weapons, mounts, and outfits. For all its faults, Red Dead Redemption showed that Rockstar was trying to make a world come alive with the sort of gameplay Saints Row had been doing all along. Rockstar was learning, adapting, progressing. But in LA Noire, the open world isn't an open world so much as a backdrop, like the propped up facades on a movie set.

For instance, one of the classic images from noir is the detective tailing someone, sitting on a shoeshine bench holding a newspaper in front of his face. Rockstar gets this. They know it could be an interesting gameplay mechanic, much like the crowds and benches in Assassin's Creed. But does it count as a gameplay mechanic if it happens only once and it's optional anyway, so you might as well miss it? It's as if someone at Rockstar saw a scene in an old movie and thought it would be cool to put it in the game, but without any consideration whether it would offer any meaningful gameplay. The entire world of LA Noire seems like it was designed that way.

At some point, you have to resign yourself to the fact that LA Noire is an old-school adventure game in an expensive graphics engine that affords you lots of room to move around to no effect. So LA Noire constantly pushes your nose into some tiny corner where you have to do the latter-day equivalent of pixel hunting around a crime scene. Move around a level waiting for the controller to vibrate. Then press a button so you can pick up clues to record them in your inventory. I mean, notebook. Welcome to Police Quest, circa 1987. Red herrings abound, but your character dutifully announces that they don't pertain to the case, at which point you wonder why they're even in the game. When I'm confronting the main bad guy, do I really need to pick up two champagne glasses in his kitchen and then announce that they're no good to me? Is this necessary to progress the storyline? The answer, according to LA Noire, is yes. 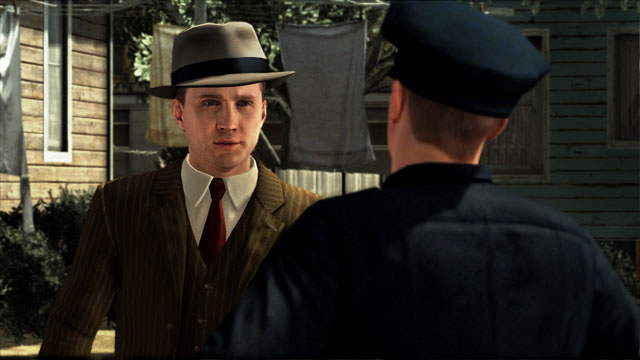 The trick of a good adventure game is economy. The difference between atmosphere and filler is subtle, but crucial. What matters and what doesn't, and how do you present these things without flat-out telling the player "this doesn't matter, but I'm going to make you look at it anyway because otherwise the game would be half as long"? For instance, there's a point in the game where you have to look up something in the Hall of Records. It's a fair bit of busywork, but it's a fascinating look at pre-computer research, obviously influenced by a similar scene in Chinatown. It establishes the setting of LA Noire and helps bring the world to life (before dumping you into an implausible gun battle).

What eventually passes for core gameplay in LA Noire is a bad guessing game in which you have to decide whether people are lying and which bits of evidence from your inventory confirm the lie. It's all very vague, and you'll feel like quite the schmuck when you're sure you've cornered a suspect, only to realize that the game's writer was on a different page. Not that it matters, which is a terrible thing to say about core gameplay. LA Noire is a strictly linear story that will push you through its central plot, complete with scripted failures where you have to make a decision even though you know it's wrong. It grades you as you go, but still passes you through its predetermined solutions one at a time, regardless of what you do. LA Noire plays itself out. You're just turning the matchbooks and playing guessing games with the writers.

What's ultimately most disappointing is that LA Noire is an effective homage to film noir even if it's a terrible game. The story itself, and specifically the way it unfolds across the last half, is smart, tense, and incredibly satisfying. One of the hallmarks of good noir is that everything is connected, but the first ten hours are pretty much swept under the rug for an odd mid-game reboot. But what follows is a tight and focused bit of noir, which hits all the right beats: fantastic character development, a wider plot, effective reveals, an unforgettable finale, and a gratifying resolution that ties the past to the present and the personal to the political. This is easily Rockstar's best ending. LA Noire isn't a very good game, but it's a story worth the telling. 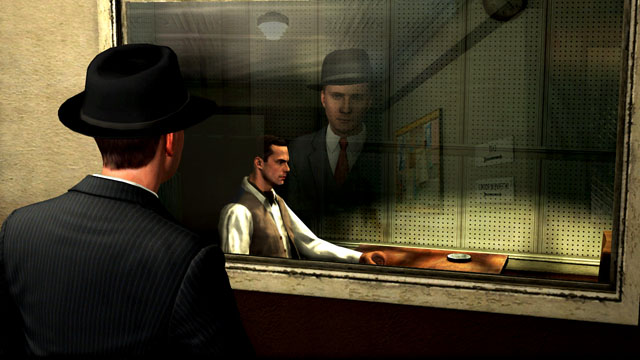 The lead character, Cole Phelps, is one of the most fascinating videogame characters since, well, John Marston and Niko Bellic before him. Unfortunately, what these three characters have in common is that they're all compromised by bad gameplay. Phelps is presented as a haunted war hero who wants to do the right thing after experiencing the horrors of Okinawa. Yet he guns down fleeing suspects only because Rockstar can't think of anything better for him to do for side missions, which exist because otherwise you'd have nothing to do but examine cigarette packs, champagne glasses, pairs of pliers, and violins.

The character is also betrayed by some weirdly spotty storytelling when it comes to central information about his family life. His job is the subject of the gameplay and his experience in the war is a significant part of the plot, but his day-to-day life is all but ignored until it's necessary to bring into play for a convenient plot point. We see the ring on Cole's finger, we're told he has kids, and his relationship to a woman is constantly interrupted by fades to black. LA Noire isn't the least bit interested in this aspect of who he is. Here is yet another example of how Rockstar, the folks who left Bonnie at the side of the road in Red Dead Redemption, has no idea what to do with female characters. Come on, guys. This is half the world's population we're talking about. How about doing something with women other than using them as caulk?

A key part of making the writing work is Rockstar's revolutionary facial expression technology. With its cast of strong actors, whose performances are cannily captured without slipping into the Uncanny Valley, LA Noire presents drama where so many games have failed. We have now officially moved beyond creepy puppets and zombie stares. Here are actual performances. They're good. They're human, blinking and grimacing and grinning and glancing. Meeting a new character, even if he's just a shopkeeper or a witness or a stray lead, is like meeting another actor in a TV show. At one point late in the game, two characters who've been at odds finally encounter each other and have a Meaningful Conversation. And it works. It crackles. It's a moving moment, and it comes alive thanks to good actors, good writing, and these newly expressive character models. Bioware and Bethesda, you're on notice. This is how it's done.

At moments like this, it's clear Rockstar wants to make a movie, but they have no idea how to fit it into a game. LA Noire would have fared best if it had taken Heavy Rain's "damn the gameplay!" approach. Because I would have much rather brushed Cole Phelps' teeth than driven him once again across an expanse of shrug-worthy open-world filler to the next crime scene.

If you enjoyed this L.A. Noire review, you're encouraged to discuss it with the author and with other members of the site's community. If you don't already have an HonestGamers account, you can sign up for one in a snap. Thank you for reading!

© 1998 - 2022 HonestGamers
None of the material contained within this site may be reproduced in any conceivable fashion without permission from the author(s) of said material. This site is not sponsored or endorsed by Nintendo, Sega, Sony, Microsoft, or any other such party. L.A. Noire is a registered trademark of its copyright holder. This site makes no claim to L.A. Noire, its characters, screenshots, artwork, music, or any intellectual property contained within. Opinions expressed on this site do not necessarily represent the opinion of site staff or sponsors. Staff and freelance reviews are typically written based on time spent with a retail review copy or review key for the game that is provided by its publisher.