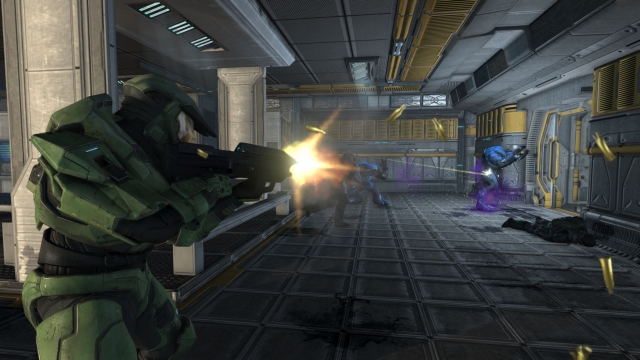 And Halo 4 isn't even out yet.

According to Microsoft, 46 million Halo games have been sold since the series helped propel the original Xbox to success.

Since Halo 3 in 2007, Halo games have released at a rate of one per year, with Halo 4 being 2012's major holiday Xbox 360 exclusive. It may seem a little odd to make this proclamation right now with Halo 4 likely to bring the series up to a nice, clean 50 million units sold, but hey. There it is.

In other numbers, the series has generated more than $3 billion in revenue, and been played for a total of 5 billion hours on Xbox Live. To put that in perspective, that's more than 570,000 years, which is almost three times as long as the modern version of the human being has existed. Ack.

If you enjoyed this Halo: Combat Evolved - Anniversary article, you're encouraged to discuss it with the author and with other members of the site's community. If you don't already have an HonestGamers account, you can sign up for one in a snap. Thank you for reading!

© 1998-2020 HonestGamers
None of the material contained within this site may be reproduced in any conceivable fashion without permission from the author(s) of said material. This site is not sponsored or endorsed by Nintendo, Sega, Sony, Microsoft, or any other such party. Halo: Combat Evolved - Anniversary is a registered trademark of its copyright holder. This site makes no claim to Halo: Combat Evolved - Anniversary, its characters, screenshots, artwork, music, or any intellectual property contained within. Opinions expressed on this site do not necessarily represent the opinion of site staff or sponsors. Staff and freelance reviews are typically written based on time spent with a retail review copy or review key for the game that is provided by its publisher.