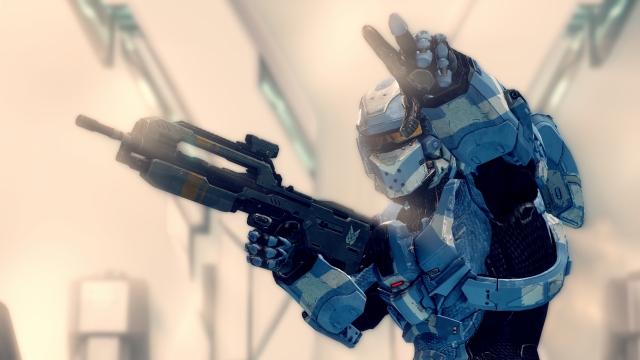 Female gamers often have a hard time when playing online, many finding themselves on the receiving end of offensive and sexist comments. Today the developers of upcoming Xbox 360 shooter Halo 4 have spoken out against such behaviour.

Halo 4 executive producer Kiki Wolfkill and 343 Industries boss Bonnie Ross spoke to GameSpot to denounce sexist behaviour on Xbox Live, and revealed that Microsoft does strive to monitor and ban players who abuse others over the network.

"I've seen many of the sites that have documented some of the more gender-specific slanderous comments," Ross said. "This is behaviour that is offensive and completely unacceptable. I'd like to think most of our Xbox Live players don't support this kind of behaviour."

Ross and Wolfkill believe that developers have a responsibility to prevent such behaviour by considering how their games will be perceived by an audience that includes a great many adolescents.

"As developers, we have a personal responsibility to think about how our games come across," Ross said. "With Halo 4, we were very deliberate in thinking about who should be female and who should be male in the game, and if we came off stereotypical, we went back to question what we were doing and why."

Wolfkill agreed that games often reflect the culture of the studio which develops them, also stating that the commercial success of a game can also come down to consumer responsibility. A significant part of this responsibility includes altering perspectives about the games industry as a male-dominated arena.

"Most people look at a franchise like Halo, and automatically assume it's run by a guy," Ross said. "People are surprised to learn that it's a woman who's running the Halo 4 show. When Microsoft created 343 Industries to take over Halo, I was given first choice to run the studio because I had proven myself. My gender played no part in it."

The hotly anticipated Halo 4 is due for worldwide release exclusively on Xbox 360 on November 6th. Its the first numbered Halo sequel to be developed outside of Bungie Studios.

If you enjoyed this Halo 4 article, you're encouraged to discuss it with the author and with other members of the site's community. If you don't already have an HonestGamers account, you can sign up for one in a snap. Thank you for reading!

© 1998-2020 HonestGamers
None of the material contained within this site may be reproduced in any conceivable fashion without permission from the author(s) of said material. This site is not sponsored or endorsed by Nintendo, Sega, Sony, Microsoft, or any other such party. Halo 4 is a registered trademark of its copyright holder. This site makes no claim to Halo 4, its characters, screenshots, artwork, music, or any intellectual property contained within. Opinions expressed on this site do not necessarily represent the opinion of site staff or sponsors. Staff and freelance reviews are typically written based on time spent with a retail review copy or review key for the game that is provided by its publisher.