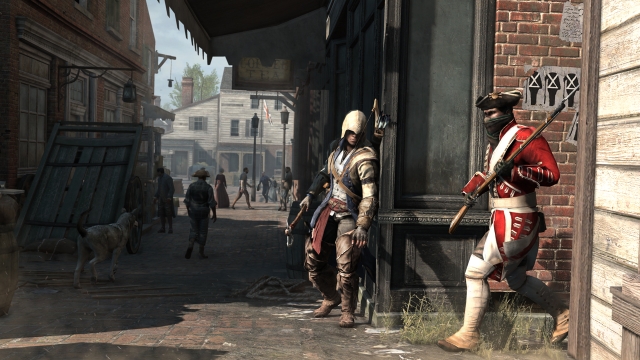 Why stab your way to the top when you can buy success?

Some assassins toil for years to perfect their craft and ensure that nothing comes between them and their target. In Assassins Creed III you can skip all that and buy your way to the top.

Product listings on the PlayStation Store and Xbox Marketplace have revealed that Assassins Creed III will offer in-game currency to buy using real-world money. Bundles of Erudito Credits are available to buy in varying amounts, from 20 credits up to 925. This most expensive pack costs 1600 Microsoft Points (approximately $22/£14).

Although Ubisoft has not confirmed the use of micro-transactions in Assassins Creed III multiplayer, the fact that this currency differs from that seen in the campaign (the British pound) suggests players will be able to part with their hard-earned real world money to forego levelling up and purchase upgrades.

Buying this pack will grant you Erudito Credits in-game, allowing you to acquire some game items, disregarding your current level, reads an Xbox Marketplace listing.

Multiplayer is expected to play a bigger role in this latest entry than has previously been seen in the franchise  it will even be featured on its own disc.

Assassins Creed III is released worldwide this week on Xbox 360 and PlayStation 3, with PC and Wii U releases to follow.