Origin service doubtful for Wii U 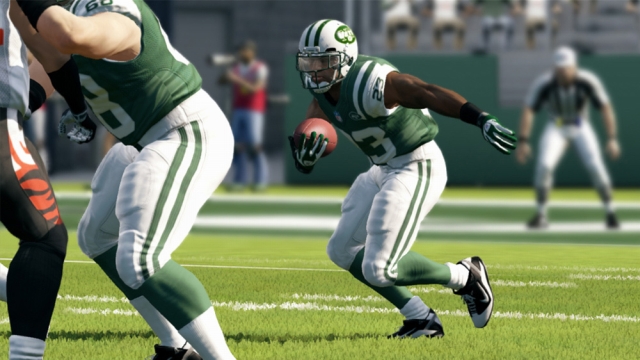 We already know that Nintendos upcoming Wii U console will incorporate a certain degree of connectivity with EAs Origin service. Details on exactly what this will entail are thin on the ground. At the very least, it seems that all EA games being played on the Wii U will have to be authenticated by Origin. In a new interview with CVG, EAs Peter Moore has shed a little more light on the matter.

For the moment, Moore does not seem keen on bringing the full Origin service to the Wii U platform in the near future, simply stating, We havent made any announcements on that.

Moore goes on to iterate his belief in Origin as a purely mobile and PC-focused service, Origin continues to be a PC-centric service, one thats moving quickly to mobile, but as things evolve in the coming years well look at where the demand is. But at the moment Origin is very much PC-centric and mobile-centric.

These comments would seem to disqualify the Wii U from gaining the full Origin service. Check back for more news on this issue in the lead up to the Wii Us launch next month. EA will have three titles available at launch: Madden NFL 13, FIFA 13, and Mass Effect 3.

If you enjoyed this Madden NFL 13 article, you're encouraged to discuss it with the author and with other members of the site's community. If you don't already have an HonestGamers account, you can sign up for one in a snap. Thank you for reading!

© 1998-2020 HonestGamers
None of the material contained within this site may be reproduced in any conceivable fashion without permission from the author(s) of said material. This site is not sponsored or endorsed by Nintendo, Sega, Sony, Microsoft, or any other such party. Madden NFL 13 is a registered trademark of its copyright holder. This site makes no claim to Madden NFL 13, its characters, screenshots, artwork, music, or any intellectual property contained within. Opinions expressed on this site do not necessarily represent the opinion of site staff or sponsors. Staff and freelance reviews are typically written based on time spent with a retail review copy or review key for the game that is provided by its publisher.