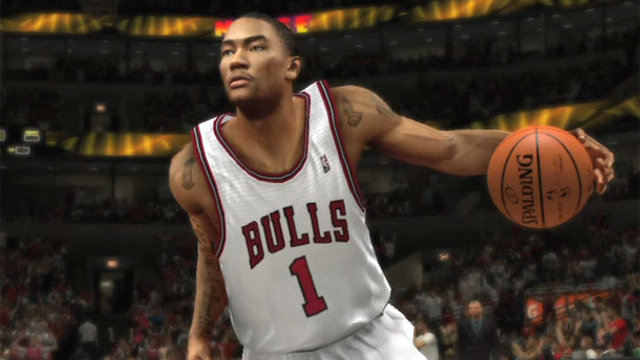 Moving without deterrence along its usual cycle, NBA 2K13's demo is now available for download on Xbox Live and the PlayStation Network, according to a press release sent out by 2K Sports. Also as usual, the demo allows gamers to play through a quarter of NBA action as either one of 2012's NBA finalists: the Miami Heat or the Oklahoma City Thunder.

But here's something a bit unusual -- a first, actually. NBA 2K13's demo will allow players to play an online quick match against another player. Kinect functionality is also integrated for those playing the demo on a Kinect-equipped Xbox 360, letting players call out plays and make substitutions without rummaging through menus. Neat!

Hopefully, allowing players to take part in online quick match demos will help Visual Concepts have some acceptable online gameplay when the game launches next week on Oct. 2 for Xbox 360, PS3, PC and Wii. (A Wii U version will be available during the holiday season.) I'm sure they'd want to make Jay Z, the game's executive producer, proud.