Today, publisher Namco Bandai confirmed that God Eater 2 is in development and set to be released sometime in 2013. 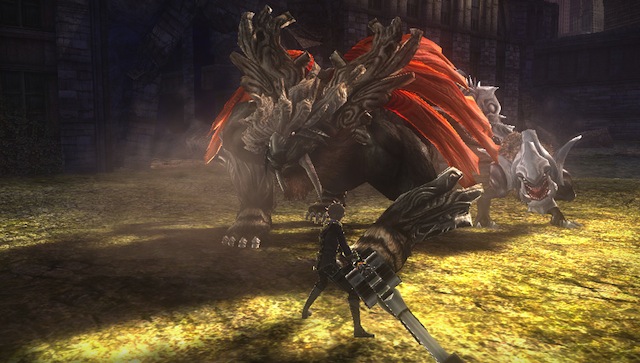 Today, publisher Namco Bandai confirmed that God Eater 2 is in development and set to be released sometime in 2013. The company plans to simultaneously release Vita and PSP versions of the game, which will allow players to share their saves between systems and use the Ad Hoc Party system for online play as they upgrade to Sony's newest handheld.

God Eater is best described as a post-apocalyptic Monster Hunter clone for the PSP. The original game, which included a lot of anime-style action, featured online play through Ad Hoc Party on the Playstation 3. The version released in the United States was an update of the original Japanese title, and was known as God Eater Burst. It sold around 300,000 units.

Any potential North American localization plans for the sequel have not been announced.

If you enjoyed this God Eater 2 article, you're encouraged to discuss it with the author and with other members of the site's community. If you don't already have an HonestGamers account, you can sign up for one in a snap. Thank you for reading!

© 1998-2020 HonestGamers
None of the material contained within this site may be reproduced in any conceivable fashion without permission from the author(s) of said material. This site is not sponsored or endorsed by Nintendo, Sega, Sony, Microsoft, or any other such party. God Eater 2 is a registered trademark of its copyright holder. This site makes no claim to God Eater 2, its characters, screenshots, artwork, music, or any intellectual property contained within. Opinions expressed on this site do not necessarily represent the opinion of site staff or sponsors. Staff and freelance reviews are typically written based on time spent with a retail review copy or review key for the game that is provided by its publisher.