Lunar: Silver Star Story Touch out on iOS this week. 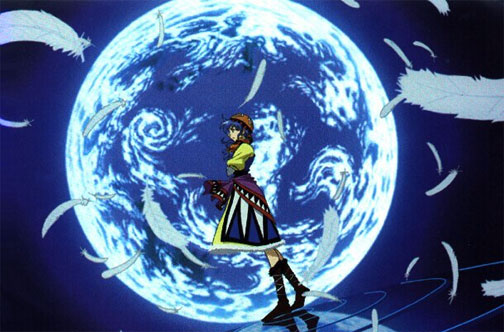 After a year and half without any fresh news, it was starting to look as if Lunar: Silver Star Story Touch for iOS devices might never see the light of day. So were pleased to report that the game is alive and well and due to be released later this week.

The games official website tells us that this port of the classic RPG title is based on the PlayStation version of Lunar: Silver Star Story Complete. This version featured improved animated scenes and new music not featured in the Sega CD original. As of yet its not known if Touch will make use of Working Designs original translation or if its been re-translated for this port.

For those who havent already played one of the games numerous iterations, it follows Alex, a young boy chosen as heir-apparent to the title of Dragonmaster. With a band of motley companions, Alex must pass a set of ancient trials and ultimately save the world from a powerful sorcerer.

The day of release and how much youll pay have not yet been announced. Just make sure you keep your iOS device charged and ready yourself to embark on one epic adventure.

If you enjoyed this Lunar: Silver Star Story Complete article, you're encouraged to discuss it with the author and with other members of the site's community. If you don't already have an HonestGamers account, you can sign up for one in a snap. Thank you for reading!

© 1998-2020 HonestGamers
None of the material contained within this site may be reproduced in any conceivable fashion without permission from the author(s) of said material. This site is not sponsored or endorsed by Nintendo, Sega, Sony, Microsoft, or any other such party. Lunar: Silver Star Story Complete is a registered trademark of its copyright holder. This site makes no claim to Lunar: Silver Star Story Complete, its characters, screenshots, artwork, music, or any intellectual property contained within. Opinions expressed on this site do not necessarily represent the opinion of site staff or sponsors. Staff and freelance reviews are typically written based on time spent with a retail review copy or review key for the game that is provided by its publisher.