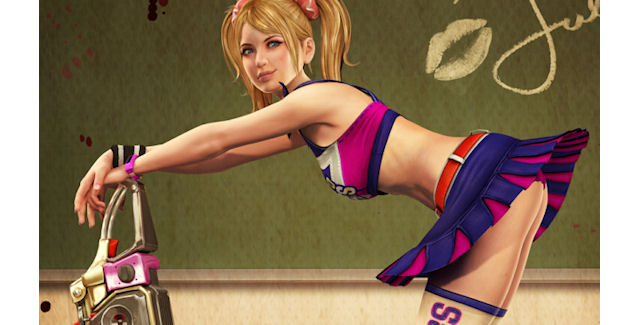 Grasshopper Manufacture has announced that Lollipop Chainsaw has shipped 700,000 copies. That's really, really good for a game from that company. In fact, that makes Lollipop Chainsaw their most successful game ever. Apparently games starring cheerleaders with chainsaws are more marketable than Shadows of the Damned or No More Heroes. Who knew?

The company announced this figure at their "Summer Appreciation Event" in Japan, and took that opportunity to show off a trailer for their upcoming game Killer Is Dead. Unfortunately, that trailer was for event-goers eyes only, apparently, because it hasn't been released to the rest of us yet.

If you enjoyed this Lollipop Chainsaw article, you're encouraged to discuss it with the author and with other members of the site's community. If you don't already have an HonestGamers account, you can sign up for one in a snap. Thank you for reading!

© 1998-2020 HonestGamers
None of the material contained within this site may be reproduced in any conceivable fashion without permission from the author(s) of said material. This site is not sponsored or endorsed by Nintendo, Sega, Sony, Microsoft, or any other such party. Lollipop Chainsaw is a registered trademark of its copyright holder. This site makes no claim to Lollipop Chainsaw, its characters, screenshots, artwork, music, or any intellectual property contained within. Opinions expressed on this site do not necessarily represent the opinion of site staff or sponsors. Staff and freelance reviews are typically written based on time spent with a retail review copy or review key for the game that is provided by its publisher.