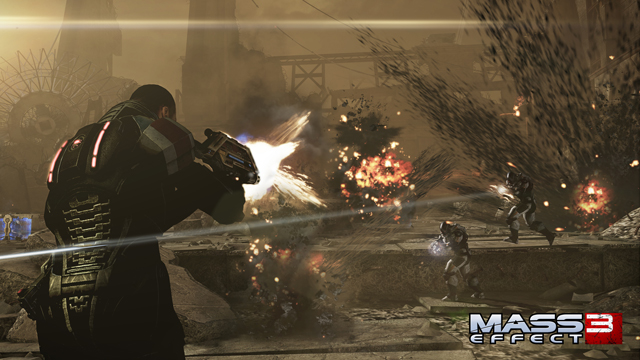 BioWare's expansion lands Aug. 28 for most of the world.

Mass Effect 3's next single-player downloadable content pack, Leviathan, will be available for download Aug. 28 on Xbox 360, PlayStation 3 and PC, announced developer BioWare today via a blog post. European PS3 players will have to wait one day for the DLC to be available on Aug. 29.

To celebrate the official announcement of the expansion's release date, BioWare has made some new, Leviathan-based wallpaper available on its site, which you can check out here.

If you enjoyed this Mass Effect 3 article, you're encouraged to discuss it with the author and with other members of the site's community. If you don't already have an HonestGamers account, you can sign up for one in a snap. Thank you for reading!

© 1998-2020 HonestGamers
None of the material contained within this site may be reproduced in any conceivable fashion without permission from the author(s) of said material. This site is not sponsored or endorsed by Nintendo, Sega, Sony, Microsoft, or any other such party. Mass Effect 3 is a registered trademark of its copyright holder. This site makes no claim to Mass Effect 3, its characters, screenshots, artwork, music, or any intellectual property contained within. Opinions expressed on this site do not necessarily represent the opinion of site staff or sponsors. Staff and freelance reviews are typically written based on time spent with a retail review copy or review key for the game that is provided by its publisher.