Dragon's Dogma 'sets the stage' for a series 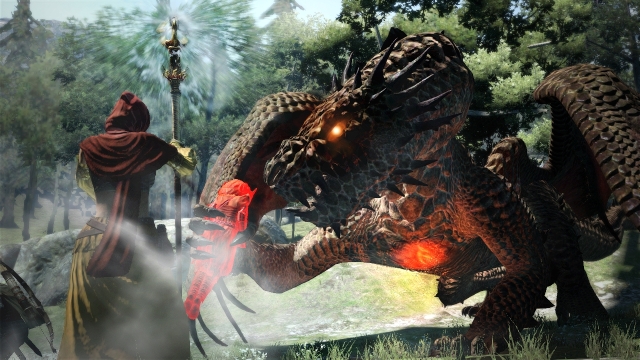 Capcom's Dragon's Dogma has set itself up to become a series, thanks to strong sales that helped the Japanese publisher increase this year's first-quarter profits by 290 percent when compared to the same timeframe last year, according to GameSpot. The game, so far, has shipped one million copies worldwide since its launch a little more than two months ago.

The strong performance has "set the stage" for Dragon's Dogma to become a a regular series for the publisher, corroborating a GameSpot report from June that claimed the title would become a major franchise for Capcom.

It's truly good news for Capcom, as well as fans of the title, which currently has a Metacritic score in the mid-to-high 70s. Let's just hope the series can continue to sell a decent amount of copies. Because, who knows? The next one might not include a Resident Evil 6 demo, which was surely a nice bullet point for the game's early adopters.

If you enjoyed this Dragon's Dogma article, you're encouraged to discuss it with the author and with other members of the site's community. If you don't already have an HonestGamers account, you can sign up for one in a snap. Thank you for reading!

© 1998-2020 HonestGamers
None of the material contained within this site may be reproduced in any conceivable fashion without permission from the author(s) of said material. This site is not sponsored or endorsed by Nintendo, Sega, Sony, Microsoft, or any other such party. Dragon's Dogma is a registered trademark of its copyright holder. This site makes no claim to Dragon's Dogma, its characters, screenshots, artwork, music, or any intellectual property contained within. Opinions expressed on this site do not necessarily represent the opinion of site staff or sponsors. Staff and freelance reviews are typically written based on time spent with a retail review copy or review key for the game that is provided by its publisher.