Persona 4: The Golden confirmed for a fall North American release 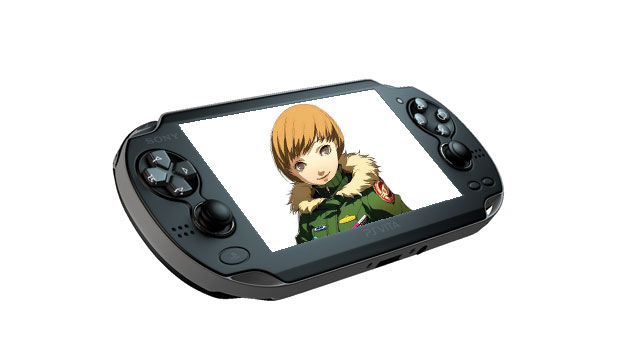 North America gets the golden light for The Golden's release.

We knew Japan was getting it, but North America was a bit weary of the fact we hadn't heard about a release for the Vita-exclusive Persona 4: The Golden. Today, Atlus put those worries to rest. The publisher confirmed via a press release that the game would indeed be hitting the Vita in North America this fall.

The Golden is a remastered version of Shin Megami Tensei: Persona 4, an award-winning PlayStation 2 RPG originally released in 2008. Its updated Vita version will, of course, include enhanced visuals and 1.5 times the amount of voiced dialogue, as well as new story events, characters and anime cut scenes.

No solid release date was offered for the title, but we'll let you know as soon as we hear of one.

If you enjoyed this Persona 4: Golden article, you're encouraged to discuss it with the author and with other members of the site's community. If you don't already have an HonestGamers account, you can sign up for one in a snap. Thank you for reading!

© 1998-2020 HonestGamers
None of the material contained within this site may be reproduced in any conceivable fashion without permission from the author(s) of said material. This site is not sponsored or endorsed by Nintendo, Sega, Sony, Microsoft, or any other such party. Persona 4: Golden is a registered trademark of its copyright holder. This site makes no claim to Persona 4: Golden, its characters, screenshots, artwork, music, or any intellectual property contained within. Opinions expressed on this site do not necessarily represent the opinion of site staff or sponsors. Staff and freelance reviews are typically written based on time spent with a retail review copy or review key for the game that is provided by its publisher.