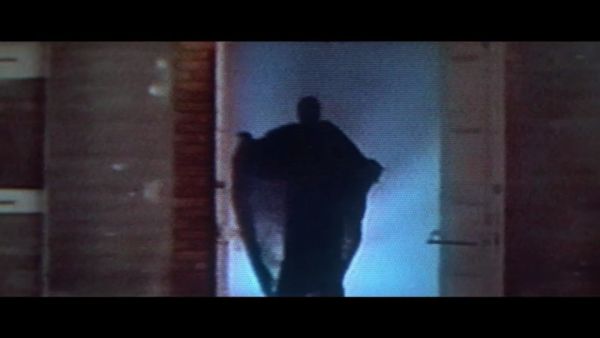 
10,000,000 (PC)
I recently bought and started this addictive match-three title. After plugging away at this for five hours, I've opened and fully renovated the shops and boosted myself up decently. As for my high score right now, I've gotten over 3 million. Sadly, I'm still way shy of 10 mil.


Alone in the Dark (360)
Argh! I fought my way through the burning building, struggling with the game's disruptive tutorial all the while. I defeated my first opponent and set her on fire, since that's the only way to kill monsters. I eventually teamed up with another character named Sarah and led her to a parking garage, where I found a second partner, Theo. The three of us piled into a car, only to be ripped out of it by monsters. The car then exploded, I won the battle and I wandered the garage for eons before falling asleep on the couch.

I also forgot to save before turning the game off and going to my bed, so I had to take the episode from the top. I eventually returned to the garage and preserved the car, then tore my way out of there. I lost my ride, though, when the structure collapsed and buried it. I pushed my way through another frustrating scene, where I was surrounded in darkness. I got through it, only to be pulled into the floor and dragged around by what other players call a "scar monster," which are basically a corrupted line in the ground that chases after you. The game kept prompting a QTE that wouldn't work properly, and I died. I started over, did everything it asked, and then sat through confusing cutscene. I somehow survived and I... WTF just happened? One second the scar monster is dragging me around, the next I see an NPC dangling through a hole in the wall and the scar monster just vanishes.

I commandeered a taxi cab and picked up my cohorts, then drove out of the garage.

The final segment of the episode commenced, where I had to drive all over town to get to a park. Using the shifting environment as clues, I had to follow a particular path without being destroyed by the unseen forces behind me. Whole buildings collapsed, cars exploded, streets fell into massive chasms... It was almost thrilling. Almost.

This is where the game decided to glitch like crazy. I'd come down off a jump and stop for no reason, never starting again. The earthquake-like paranormal phenomenon caught up to me and killed me. This happened several times. Once, in the same place, I landed and my car leaped into the air and spiraled like it was caught in a tornado. I didn't collide with anything or drive over any obstructions, so I have no idea why it did this. At one point, I had to drive through a scaffolding. Most of the time, it just falls apart and its pieces scatter. During one run, one of the metal bars crashed into my windshield and then impaled a car to my right. I got stuck and was once again murdered by the ghostquake.

It took me several tries and a lot of swearing, but I did eventually overcome the segment.

The sections after that were not so bad. I dug the scene in the sewer, where you had to use a weapon to fish the electrified cable out of the water in order to advance through a flooded hallway. That was a clever puzzle. Plus, there's a haunted water part that's creepy as hell. You'll see a black water-like substance that disappears when you shine light on it. If you want over it, you'll instantly sink and die. The worst part is the noise the evil water makes, like the strangled sounds of people drowning.

Once that episode was over, though, the game switched back to awful mode. There's another driving scene where you have to outrun a swarm of demonic bat creatures that occasionally cling to your car. If you leave them there long enough, they'll lift the vehicle off the ground and instantly kill you. You can get rid of them by traveling at top speed or crashing into things. The former is nearly impossible to achieve during this segment, and the latter only provides a brief respite before the flock reconnect themselves to your ride. It also doesn't help that this game's driving mechanics suck. The control response, especially when turning, is way oversensitive. You also can't get out of the car and try to hoof it, as the winged beasts will automatically destroy you.

I managed to persevere and make it to the museum, where I had a fight another scar monster. For a while, I didn't realize you could kill these things. Apparently, you can combine your liquid explosives with your gun to make fire bullets, then shoot the lines they leave behind to set them ablaze.

Episode four's portion of the museum was pretty easy. I entered a bathroom that for some strange reason had a giant window, fought another scar monster, extinguished a fire, then fought a couple of heavies that throw projectiles. They were no pushovers, but there was a bar nearby with some glass explosives, so felling them wasn't too difficult.

My verdict on this game so far: bittersweet. It's got a lot of good ideas, but almost none of them are executed properly.