Im a firm believer that hidden object games can be wonderful. Long assumed to be for kids and grandmas, the genre has undergone something of a transformation lately, fusing together with the more traditional, story-driven adventure. And many of these games are just lovely.

The latest lovely hidden object/adventure hybrid is The Tiny Bang Story - and, frustratingly, it gets the mix half-right. Its evocative, painting a world that seems to spring more and more to life the further you progress into the game. But it falls into some of the classic traps that both adventures and hidden object games have succumbed to over the years, and the result is a game I wish I could recommend more than Im about to. 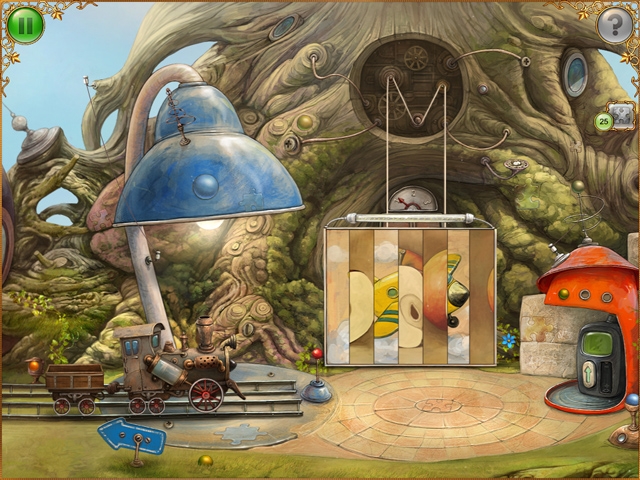 The idea is a delight. The peaceful Tiny Planet has been struck by a meteor which, terrifyingly, has shattered it into hundreds of little pieces. Jigsaw pieces, to be precise. Youre never given much of an idea as to who you are supposed to be, but whoever you are, its your job to reconstruct the planet, collecting jigsaw pieces that are scattered around and joining them back together.

Unfortunately, somehow, a good portion of these jigsaw pieces have become trapped behind a range of puzzle-controlled obstacles. And each time you enter a new part of the world, theres some sort of mad contraption stopping you from escaping again. So youll collect not just jigsaw pieces, but a variety of different components, all of which have a use as part of one of the many rustic mechanisms that are strewn around the planet.

Its quite reminiscent of Amanita Designs work - a cross between Machinarium and their earlier games. And Machinarium was, of course, one of the most stunningly gorgeous games ever made: a vast, hand-drawn robot city with distinct districts, joined together masterfully, populated by some of the cutest metallic critters there have ever been. The Tiny Bang Story has obviously taken some notes from Amanita, but they've mixed their new and old art styles into something that's not quite as satisfying as either.

The Tiny Bang Story looks extremely pretty, for sure, and the perfectly fitting soundtrack (available on a separate disc if you buy the special edition) chimes along nicely in the background. But it lacks a little something. In imitating such a tremendously distinctive style, it falls inevitably short - just slightly, but enough to remind you that youre playing a game from a slightly less masterful developer. 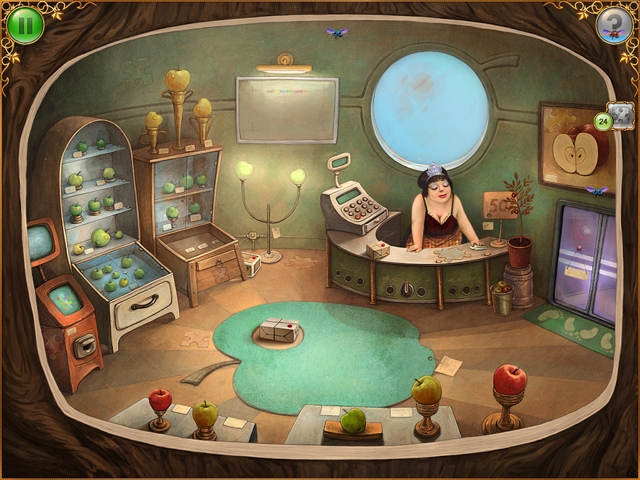 In the art department thats nitpicking, but its a theme that extends through much of the game. At four or five hours, its not exactly a mammoth investment, but certain sections still drag on as you try to fathom the next irritating logic puzzle. Locating the hidden objects in The Tiny Bang Story is only half of your work, see, as they tend to activate a whole bunch of spatial brain-teasers that range from the basic to the oh-my-goodness-I-think-Im-going-to-scream.

Which I understand, to a degree. A game like The Tiny Bang Story needs to appeal to a wide audience, and many will prefer to play in short bursts, having another go at this particular puzzle, then putting it down so they can go off and eat some food and watch some soap operas. Thats fine. I played it in a single sitting, however, and their regularity became tedious. More frustratingly, though, theres never anything at all inventive. The world in which these conundrums sit is a gorgeous one, devoid of a strong central narrative but brimming with character and the sign of little stories taking place quietly in the background. But most of the puzzles sit incongruously on top.

Have you played the Drawn games? The second one, Dark Flight, in particular? You really should. Theyre ostensibly the same genre as this: hidden object collection at their core, but with this vast, epic adventure game stacked up around it. And Big Fish, the guys behind Drawn, know how to make this work from a puzzle perspective. Everything is written into the fiction of the game. Every task youre asked to complete makes sense from a narrative perspective, and as such you feel like youre having a much more profound effect than you would if you were just arbitrarily twiddling valves and pushing buttons.

The Tiny Bang story doesnt ever stoop to the level of so many awful adventure games nonsense, but youll still find yourself asking why? on a number of occasions. Why is this door controlled by what is basically a Rubicks Cube? Should I really have to collect 25 balls and arrange them in colour order via a collection of wheels in order to use this elevator? If the answer is yes, then okay, by all means write it into the story. Here, though, its just silly and ill-thought-out. 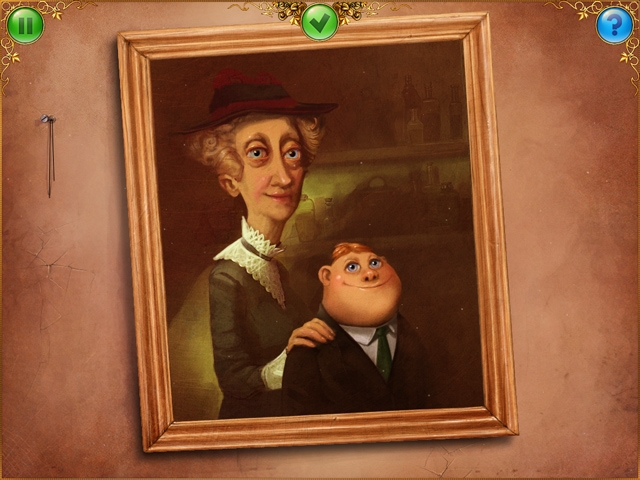 Theres also one glaring problem with the hidden object side of things, even though the game deserves credit for always making it clear what youre supposed to be looking for, and why. Thats all well and good, but there should have been far more consistency in what you can actually collect. When Ive been asked to collect ten wheels to use as part of some mechanism, I should be able to collect ten wheels. Any ten wheels. Not the ten wheels that the game has decided I can collect, from the 36 that are placed around the immediate area.

This doesnt happen all the time, but its enough to take yet more shine off a game thats honestly worth trying out. In my region its just £7 on Steam now, which is a much more sensible price than its previous £12 - for the cost of a decent lunch, youre getting a charming and almost beautiful little genre merger here. It isnt the best of its ilk, though - and when youve played its inspirations, its hard not to feel disappointed that The Tiny Bang Story stumbles over the very things those other games perfected.
3/5

If you enjoyed this The Tiny Bang Story review, you're encouraged to discuss it with the author and with other members of the site's community. If you don't already have an HonestGamers account, you can sign up for one in a snap. Thank you for reading!

© 1998-2020 HonestGamers
None of the material contained within this site may be reproduced in any conceivable fashion without permission from the author(s) of said material. This site is not sponsored or endorsed by Nintendo, Sega, Sony, Microsoft, or any other such party. The Tiny Bang Story is a registered trademark of its copyright holder. This site makes no claim to The Tiny Bang Story, its characters, screenshots, artwork, music, or any intellectual property contained within. Opinions expressed on this site do not necessarily represent the opinion of site staff or sponsors. Staff and freelance reviews are typically written based on time spent with a retail review copy or review key for the game that is provided by its publisher.