Since the last game I reviewed was the religious equivalent to a Strawberry Shortcake that was prepared by Jesus himself, I figured this time I would go with a game that can be best described as shit covered shit with shit filling. Now before I start tearing in to the aforementioned fecal pastry, I'd like all of you to know that I typically like (read: worship) Japanese Role-Playing games and are usually impressed and utterly moved by the emotions that their story tends to offer. That being said, I've got my trusty knife and fork ready to review Lost Odyssey for the Xbox 360.

A long time ago there was a man by the name of Hironobu Sakaguchi. He produced games like Final Fantasy, and Final Fantasy IV. He made something everyone could enjoy, and much like the Wachowski brothers before the third Matrix movie, he had credibility. That is why the question that is begging to be asked is: "What in the name of God's roommate Chuggs was he thinking when he made this turd of a game."

Above I mentioned that JRPGs typically have loads of emotion, interesting characters, and above all else a story that keeps gripped by the balls until the end (Devon would have you think that all RPGs are boring and stupid, but he never sat down to play Mass Effect). As far as we can tell, the Final Fantasy series has always been a top-notch story teller. This is why it pains me to say that I can not finish this game.

We will come back to that in a bit. We will start by talking about the other reasons why this game is the biggest disappointment to grace my console since Wangan Midnight.

At first glance the graphics don't appear to be that bad, and in fact some of the few places I have seen so far are pretty good looking. The gripe is that it feels like its lacking due to the game being across FOUR FUCKING DISCS! Now this might not sound like a big deal, but when Mass Effect looked as good as it did on one disc, this should have looked like Jessica Alba having sex with Angelina Jolie and another Jessica Alba. Sure, maybe Mass Effect wasn't a million billion hours long like Lost Odyssey, but still it could've improved tremendously. Another thing to point out is the character themselves. They were designed by the guy who did Slam Dunk (a comic about the rough life drama of Basketball players... in Japan) and they all look rather well if youre into anime and the like. I also would like to commend the Japanese for thinking outside the box, and replacing their usual stereotypical sissy, effeminate, white male protagonist, and replaced him with a sissy, effeminate, Japanese male. I gotta say I didn't see that coming. 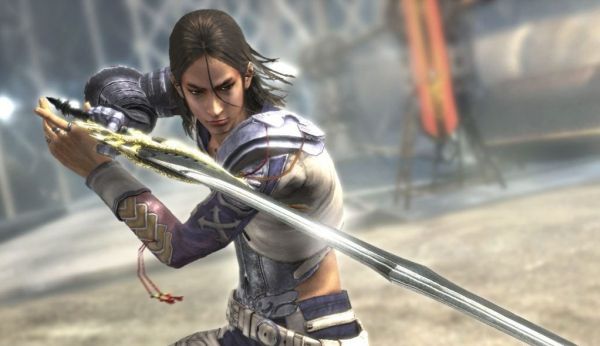 The game play is another major issue with this travesty because there isn't any. Remember way back to the years before the action RPG? We had turn-based combat, and we had random encounters. Now if this was a handheld game I could forgive it, but this is a console game. As such this game play should be more than just moving the analog stick in a circle, and then hitting "A" every two to four seconds. This is seriously 2008 Sakaguchi! Random battle and turned based combat died with Final Fantasy 10. If anything this game should have been like Kingdom Hearts. At least then I could justify the millions of button presses without looking at the screen. 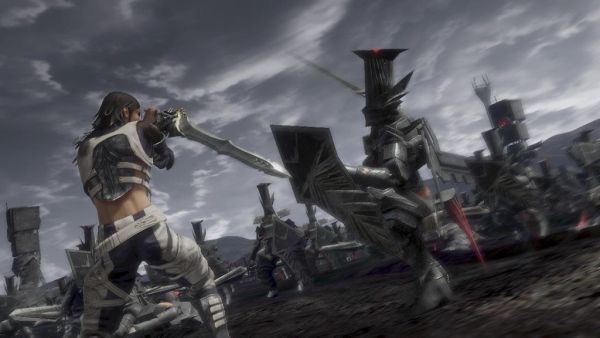 Finally, the proverbial "nail in the coffin" is the story. The best way to describe the story is to imagine you just had the best meal in you life, and all of your favorite people were there to enjoy it with you (Mr. T, Spiderman, and Dr. Zoidberg from Futurama). Then Wilford Brimley comes in, kills your friends, and talks about "Diabeetus" for the next 356 hours of your life. The story starts off with you slaughtering countless giant-helmeted people on the battlefield, than a meteor pours lava onto you. No joke, that is seriously what happens. You of course survive and you can't remember why (lava causes amnesia). Come to find out you are immortal and can't die. The only thing I have to say to that is "WHY THE FUCK IS THERE A GAME OVER SCREEN THEN!?" The story really revs up when you dream. How does the protagonist dream? Not in color, not in red, but in a novel-long text sequence. That scream you just heard was probably you. I was able to sit through about half of one before I started skipping text as fast as I could, and it STILL took an additional 5 minutes to get through a story about how some girl died that the main character was all pedo for.

Overall, an RPG in this day in age that is not like Kingdom Hearts, Knights of the Old Republic, or Mass Effect, have no place amongst your gaming shelf. Boring story, forgettable characters, and a terrible combat system make this one of the worst experiences in my life.

If you enjoyed this Lost Odyssey review, you're encouraged to discuss it with the author and with other members of the site's community. If you don't already have an HonestGamers account, you can sign up for one in a snap. Thank you for reading!

© 1998-2021 HonestGamers
None of the material contained within this site may be reproduced in any conceivable fashion without permission from the author(s) of said material. This site is not sponsored or endorsed by Nintendo, Sega, Sony, Microsoft, or any other such party. Lost Odyssey is a registered trademark of its copyright holder. This site makes no claim to Lost Odyssey, its characters, screenshots, artwork, music, or any intellectual property contained within. Opinions expressed on this site do not necessarily represent the opinion of site staff or sponsors. Staff and freelance reviews are typically written based on time spent with a retail review copy or review key for the game that is provided by its publisher.