If there is anything more undead than Resident Evils enemies it is its twenty-year continuity and its adherence to its traditions. As with RE1 and 4, RE7 strives to reinvent its identity through a literal perspective change. Whether this change was inspired by modern horror trends or the impetus for a VR game, RE7 brings the series to first-person survival horror. In these regards, RE7 is a revolutionary milestone for the franchise, though as a newfound standard of survival horror it carries too many previous pitfalls. As with the other two landmark games, these games can be great despite their shortcomings; however, in the case of RE7, the problems highlight how much greater the game could have been beyond the confines of the series name.

None of what I have said should devalue RE7s positive reception as it brings back direction to a franchise in dire need of self-evaluation. RE7 is certainly a game that looks itself in the mirror questioning where and how it went to stray before falling back to sleep to repeat its mistakes the next morning. Some may argue it is a return to Resident Evil's roots, though in reality these connections are tenuous at best--and its precisely this need to limit the franchise that keeps RE7 from truly becoming a masterpiece on its own. Instead of retracing past glories, RE7 reinterprets the series most effective elements that holds the potential to make a new name for itself. 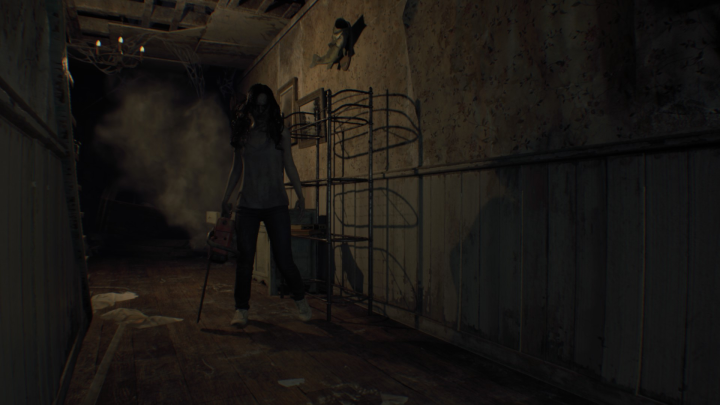 The New Resident on the Block

Of all the critical praise, the most jarring idea is the constant mantra that RE7 is a return to the series roots, and I couldnt disagree more--especially not that these callbacks made the game better. Reviews mention qualities not necessarily associated with Resident Evil such as the one location/mansion design, the slower paced combat, etc. Without playing the game, it can be easy to see how reviewers came to this conclusion either from other reviewers influences or misunderstanding the innate qualities of Resident Evil. After a few hours of playing it for yourself, there is very little in common with its past.

Why does this aspect deserve special attention? Its precisely because people gloss over the bad qualities inherited from the past that tarnishes the many good callbacks. Aside from the mansion layout, which is debatable if that is inherent to RE, RE7 takes the subtle Spencer family storyline of RE1 and makes an entire game based around that narrative with the Bakers. This aspect is what resonated with me the most, but its not an innate quality. The flaws, however, are more easily familiar such as the nonsensical puzzles given unbelievably elaborate mechanisms, the campier elements meant to excuse plotholes, the action-focused nature towards the end, and the intentionally hampered (first-person) tank controls. Even if you would argue these problems are tied to what makes RE its own game, they feel even more out of place in RE7.

Unlike other RE games, RE7s gameplay issues become magnified thanks to the first-person perspective. Believability is critical to the immersion of first-person horror, which has always been the hallmark of classics like Amnesia, Outlast and Alien: Isolation, and its precisely the campier elements of RE7s plot and puzzles that feel out of place. Questions about the world and characters are the quickest way to draw the player out of tension as well as make light of the situation, a problem inherent with Ethan who reacts unrealistically to a situation. On a more fundamental level, however, the gameplay itself breaks the immersion the most. As I previously described, tank controls are the only appropriate way to describe how movement works as you swerve around enemies while moving forward; backing up or turning slows you down, and there is a 180-degree button to help. This feels more like a concession with VR, and until you get accept these limitations you may find yourself taking more damage than you should. In addition to these issues, the body count the player accumulates quickly takes the tension out of future situations from overuse. Thankfully, by the time the player reaches the end after a mid-game return to the intro feeling helpless, the power-fantasy will stay only long enough to bring closure to the game. 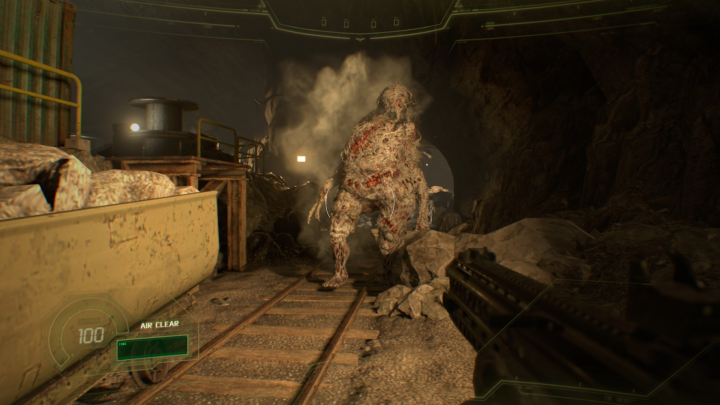 Be Kind to Your Expectations and Rewind

Another glaring oversight by reviewers is the emphasis on how much Madhouse difficulty impacts the experience, which is true up until the player leaves the confines of the Baker residence. The big appeal is that item placements are restructured, incentivizing more frugal usage of weaponry and a refreshingly new experience after finishing the game, as well as there are more rewards to unlock with the Antique Coins to change how you explore the house. These include unlocking keys or items to puzzle solutions for early and/or new weapons and buffs. Unfortunately, these changes begin to become less noticeable when you arrive at the Ship and the Mines, and the difficulty spikes arent worth the hassle due to the game requiring a plethora of ammo and/or unlockable weapons for boss fights. Instead of making the gameplay more compelling or immersive, Madhouse mode feels severely underdeveloped.

As previously mentioned in my review of the demo, the biggest disappointment with RE7 is how safe it plays with its NG+ options, which could have incorporated these rewards to be more engaging, yet more gamey, by utilizing the VHS tapes to unlock secrets. This change would have made the campier elements easier to accept if the game adopted the unique idea from the demo of influencing future events with prior knowledge such as the Fuse solution. Instead of gaining powerful weapons by meeting milestones on the next playthrough automatically, players could access this content seamlessly if they knew how to find them from the get-go, which would enrich gaining those rewards. The VHS tapes where you control alternative characters is a brilliant idea for optional yet immersive navigation, foreshadowing as well as hiding away hidden rewards, and its a shame RE7 falls short of the latter category. This concept could have been further expanded on with the Madhouse difficulty mode changes as players tinker with the game as they uncovered more and more rewards like mindlessly fumbling with a Rubiks Cube.

Again, the purpose behind stressing this missed opportunity is the demo made it the incentive to replay the prologue multiple times not only to obtain new items but also a PT-esque puzzle only the hive-mind of the Internet could have solved collectively. Nothing in the base game or the DLC of RE7 ever reaches the pinnacle of that idea teased in the demo, and it further cements how safe the developers were to create a Resident Evil game with all the greatness and the follies associated with the name. Even ignoring how the prologue set expectations, the drawbacks of Madhouse mode keep it from becoming something worthwhile beyond initial impressions, especially with the difficulty spikes it introduces from the start. Like with many ideas of RE7, the potential remains while the execution feels halfway between the death of the idea and the reanimation of it. 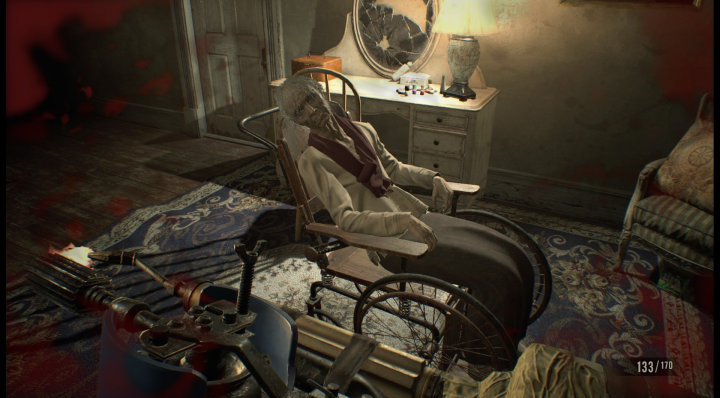 Considering how much impact RE7 will have in the future as one of the few AAA survival horror series left as well as the legacy it will leave behind as one of the VRs most fully realized titles, it is perhaps one of the most promising disappointment Ive ever played. Sequels will always have the potential to iron out the many flaws of something new rather than fall victim to its shortcomings (a.k.a. RE5 and 6). Whether Capcom will make something new rather than reiterative remains to be seen. However, if you take the game on its own merits, then RE7 manages to do the impossible by rekindling fondness for a series after its legacy seemingly rotted away all it once meant before it had run its name into the ground.

If you enjoyed this Resident Evil 7: Biohazard review, you're encouraged to discuss it with the author and with other members of the site's community. If you don't already have an HonestGamers account, you can sign up for one in a snap. Thank you for reading!

© 1998-2021 HonestGamers
None of the material contained within this site may be reproduced in any conceivable fashion without permission from the author(s) of said material. This site is not sponsored or endorsed by Nintendo, Sega, Sony, Microsoft, or any other such party. Resident Evil 7: Biohazard is a registered trademark of its copyright holder. This site makes no claim to Resident Evil 7: Biohazard, its characters, screenshots, artwork, music, or any intellectual property contained within. Opinions expressed on this site do not necessarily represent the opinion of site staff or sponsors. Staff and freelance reviews are typically written based on time spent with a retail review copy or review key for the game that is provided by its publisher.