Good games based on the works of H.P. Lovecraft are few and far between. With densely worded descriptions of unspeakable horrors you can't even look at and deranged protagonists often retelling their decent into madness through flashbacks and written correspondence, the weird horror legends are usually stories to draw inspiration from rather than adapt directly. Fittingly enough, something similar could be said for Sir Arthur Conan Doyle's Sherlock Holmes character, with the exception of the long-running, excellent series from developer Frogwares. With a basic, established template set for investigative storytelling, that same studio took a crack at bringing Lovecraft's twisted world of fishpeople and cosmic derangement to life. They basically made Sherlock Holmes Versus The God With a Thousand Tentacles.

As private investigator Charles Reed, you follow your haunting, nocturnal visions to the New England island town of Oakmont, searching for an explanation and possible cure to the onset insanity that is afflicting a large number of people on the mainland. Charles is stereotypically deadpan and straight-laced, which stands in comedic contrast to the off-kilter town and it's strange inhabitants. Oakmont has suffered a disaster known as The Flood, and half of the town is being taken back by the sea (The Sinking City). Almost immediately after disembarking from your arrival ship, you're confronted with half-naked natives walking around with tribal markings adorning their bodies, influential businessmen with ape-like features, women who have had their lips sewn shut for punishment, and an underclass of citizens with bulging eyes and scaly skin. Also strange is the fact the KKK has a foothold in New England, which could be chalked up to other-dimensional beings or foreign writers who don't quite understand the finer points of American history, but it's odd nonetheless. 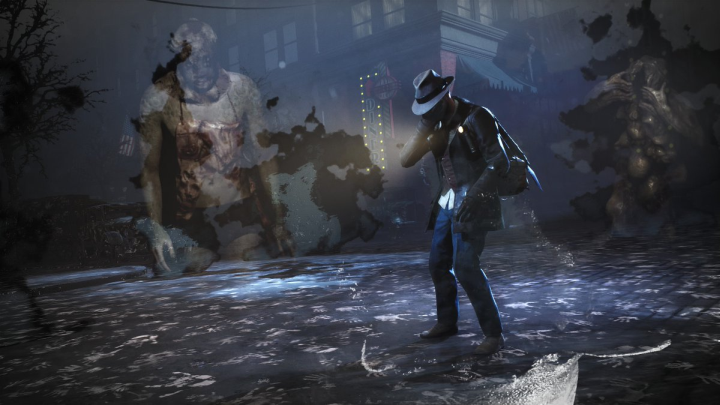 It's slow going at first, and early impressions of The Sinking City are not kind; the graphics are decidedly below average, with character models looking like they came out of a Bethesda game from a decade ago. Walking the Oakmont streets in free roam, the townspeople phase in and out of existence and often glitch through walls or fall straight down into the sea. You also can't perform any meaningful interactions with them- newspaper salesmen, fiskmongers, and street doctors peddle their wares, but you can't buy anything from them. Doomsday preachers shout for passerby to gather 'round, but then quickly shut up when their one line of recorded dialogue is spoken. There only seems to be three or four layouts for building interiors, repeated ad nauseum. It makes you question if the sprawling, open world design was worth it if the game is this rickety.

Charles' investigation techniques have a strict methodology to them; accept a request from a citizen, find a location on the town map, mark it (Oakmonters always give directions by naming a street, then telling you what other two streets the spot is between...), travel there, then use his supernatural P.I. gifts to ferret out any information that will help the case. Aside from the standard detective work like following blood stains and trails and deductive reasoning at a crime scene, Reed has the vision, a way to look into another dimension to spot things normies would miss. It's part game justification to pixel hunt for clues and make walls disappear, but it also works in the context that there is something not quite right with Reed or Oakmont. Whenever you tap into that dimension to uncover symbols or follow a trail, your sanity takes a temporary hit, distorting your perspective and potentially spawning enemies that may or not be real.

The horror elements of the game are effective, but slightly underutilized. The aforementioned sanity effects quickly dissipate, which is a shame because the drunk visual effect is well done and can even carry over to cutscenes if you happen to be spooked when you go into them. Likewise, the creature designs are satisfyingly disturbing- bony, lanky crawlies that look like facehuggers, melted humanoids that rip their faces apart to spit some kind of goop at you, bloated monstrosities that will charge straight towards you, growling... Even the town's cats are split open and infected with some kind of parasite. But the act of fighting these creatures is just something you have to do to progress, and their threat becomes toothless before too long once you figure out how to cheese them with wonky melee attacks and breaking their pathfinding. 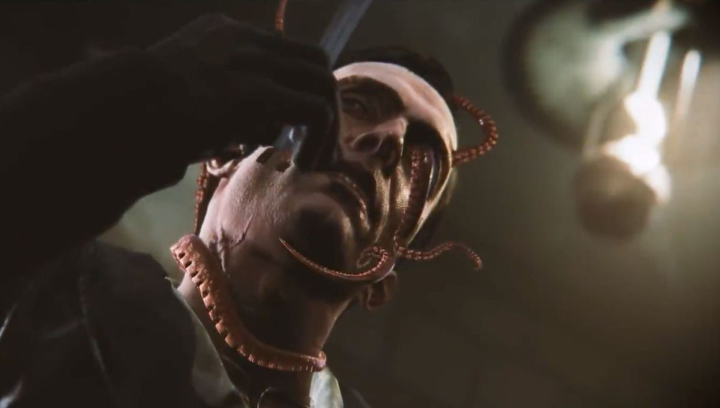 The Sinking City grows on you. The combat may not be technically good, but it is serviceable. The side missions may get repetitive as you find notes with addresses, set waypoints on your map, and explore the same buildings looking for the same clues and artifacts. There are obvious flaws in the moment-to-moment gameplay, but after dozens of hours exploring Oakmont, the bigger picture becomes clearer. The town becomes a fully-realized entity, and you are invested in how your actions will affect or destroy it.

It's the overarching, ongoing history of the town and interwoven small stories that makes you want to see The Sinking City to it's conclusion. Frogwares are veterans of telling detective stories and it shows. The narrative pacing gets downright frantic and fittingly oppressive toward the end as you don a diving suit and discover what lies beneath the Sinking City. The field may be criminally underrepresented, but this is arguably the best and most faithful adaptation of H.P. Lovecraft's work outside of literature, soggy warts and all.

© 1998-2020 HonestGamers
None of the material contained within this site may be reproduced in any conceivable fashion without permission from the author(s) of said material. This site is not sponsored or endorsed by Nintendo, Sega, Sony, Microsoft, or any other such party. The Sinking City is a registered trademark of its copyright holder. This site makes no claim to The Sinking City, its characters, screenshots, artwork, music, or any intellectual property contained within. Opinions expressed on this site do not necessarily represent the opinion of site staff or sponsors. Staff and freelance reviews are typically written based on time spent with a retail review copy or review key for the game that is provided by its publisher.