Bad Dream: Coma (the latest in a series) is a puzzle game unlike any this player has ever played, and Ive played many. (Its also among the highest rated puzzle games on Steam.) It fits into several genres, so it may take many words to describe fairly and adequately. Perhaps most interesting, it does at least a couple of things that NO OTHER Steam game in my 1,500+ game library does, and those reasons alone make this a unique and exceptional game not to be missed.

To start out this review with reasons to play, Bad Dream: Coma (BD:C) isnt a single game. And while its extremely common for games to have multiple endings, BD:C is technically far more like MULTIPLE games. The choices made by players cause divergences so extreme as to largely require throwing everything previously learned out the window. (For example, some variations require randomly selected mini-games, while others do not. There are strategies, characters, locations and paths that are not seen in all playthroughs, and when they are used more than once, may be used very differently. Though I started at least eight games, only once did I encounter space aliens.)

And what else is most drastically different about BD:C is the definition of success. While there are three ways to finish, that in no way means that all (or most) achievements were obtained, or that the game was fully explored. In order to truly win, a player must not only play the three different games (and experience the variations inherent in each), but also obtain the achievements. The achievements in this game are certainly not the expected participation trophies encountered in 99% of games, but exist apart from standard gameplay, and can be quite difficult to gain. (Having completed two of the three endings, I only managed to receive five of twenty-one achievements, and the remaining descriptions offer little or no help.) Simply playing to finish is just not enough, no matter how thoroughly you may feel you know the game. 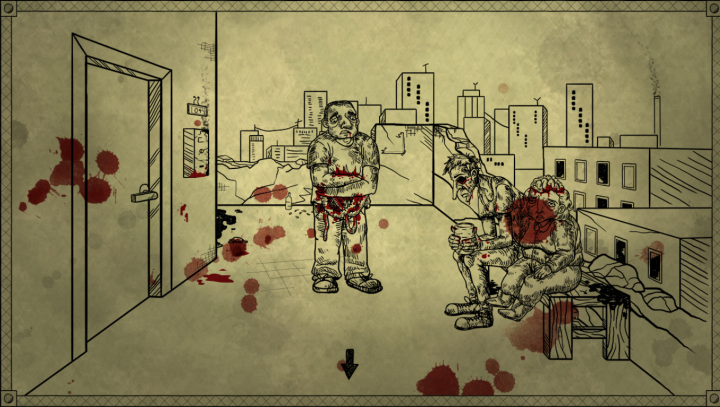 The premise of BD:C is that a sleeping player wakes into a dream, and must find their way out. There are characters that will offer assistance, and others that will hinder (and some do both.) What is learned almost immediately is that actions have consequences, and each player must determine if their particular game persona is to be GOOD, NEUTRAL or BAD. (And there is no turning back.) A Good player is exactly that, and must attempt to complete the game with little harm to others, even though characters encountered are generally, in a word, repulsive. (And its common to be surprised that a seemingly harmless action can have harmful results.just like IRL.)

An Evil persona must be prepared to deliberately cause as much pain and suffering as possible. Neutral is actually the most complicated of all, but playing as Evil will provide the clues needed for understanding the requirements of the other two playing styles.

If you have an aversion to blood you may wish to take a pass on BD:C. I dont mean rivers of red "Evil Dead"-style Karo syrup, but the brown-tinged blood drops and splatters that look very real, and very often occur without warning. If The Cat Lady was too much, this may also be, regardless of the DARK humor involved throughout. (Perhaps more geared toward Rusty Lake fans.) Admittedly, the art style does much to tamp down the horror aspects, and more easily allows the fourth wall to be removed. Additionally, the dream aspect allows any and all rules of physics to be ignored, and the abject horror and misery to be at least somewhat less, shall we say, traumatizing. 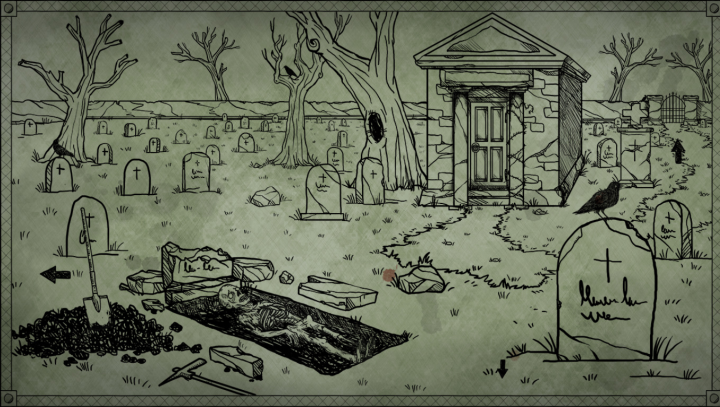 The puzzle aspect of BD:C isnt terribly difficult, and I would suggest in the strongest terms that players have faith in their abilities, and not utilize outside resources. (Though Im really only average in playing puzzle games, Ive so far managed to obtain the first two endings without outside assistance, so I suspect anyone can.) Besides, as mentioned earlier, the achievements constitute success, so the puzzles are simply a step toward (or away from) that metric of winning. Trust me, each scenario is small enough as to limit the scope of each and every puzzle presented to that of being moderately easily solved. (But you may cause serious wear to your mouse button.)

If I had one complaint with BD:C, its that there is no obvious way to record screenshots. This game would absolutely sell itself if potential players were to see gameplay. Admittedly, most shots might have to be spoiler labeled, so perhaps the decision (?) is an appropriate one. Replayability is certainly the highest in any puzzle game Ive ever played, generally without repetition or boredom being an issue.

If you like puzzles, achievements or horror, this may turn out to be one of your favorite games.

If you enjoyed this Bad Dream: Coma review, you're encouraged to discuss it with the author and with other members of the site's community. If you don't already have an HonestGamers account, you can sign up for one in a snap. Thank you for reading!

© 1998 - 2022 HonestGamers
None of the material contained within this site may be reproduced in any conceivable fashion without permission from the author(s) of said material. This site is not sponsored or endorsed by Nintendo, Sega, Sony, Microsoft, or any other such party. Bad Dream: Coma is a registered trademark of its copyright holder. This site makes no claim to Bad Dream: Coma, its characters, screenshots, artwork, music, or any intellectual property contained within. Opinions expressed on this site do not necessarily represent the opinion of site staff or sponsors. Staff and freelance reviews are typically written based on time spent with a retail review copy or review key for the game that is provided by its publisher.