Dynasty Warriors 9 was going to be different. Omega Force was very proud that after eight entries and numerous spin-offs, the franchise was finally going open world. Its only the logical conclusion. Everybody else is doing it, and its about time the premier hack-n-slash franchise joins in, right? Well, maybe not.

For the uninitiated, Dynasty Warriors 9 is an action game set during the period of Chinese history as outlined in "The Romance of the Three Kingdoms." Players take on the roles of dozens of historical actors (albeit greatly exaggerated) as they attempt to restore the Han Dynasty before settling on establishing three kingdoms in the second century.

For history nerds or those who just like political intrigue, the narrative is the strongest aspect of Dynasty Warriors 9. The game goes to great lengths to set up the conflict between the Wei, Wu, Shu and Jin factions at the beginning of each chapter, and the individual scenes do a great job of characterizing the ambitions and convictions that led each faction to fight for control of China. 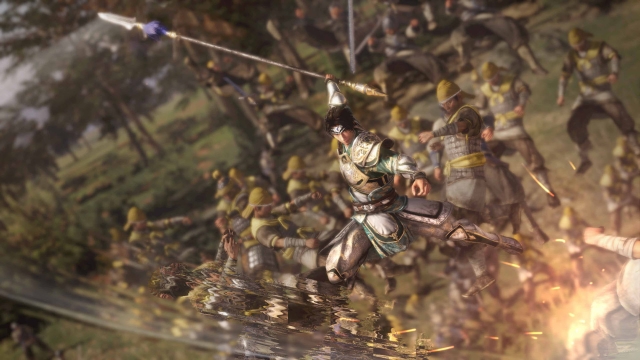 As for the core action, its the same great musou gameplay fans of the series have come to expect. Each character has a weak and strong attack that can be supplemented with four specials. These four specials can either launch, knock back, knock down or cast an AOE attack, and can be chained to assemble powerful combos that are often more than enough to take down the generals that stand in your way. While every character has a weapon they are proficient with, they can equip any other weapon (useful for those players looking to change up their move sets without having to change their character). The approach adds a lot of variety to play, as players have to be mindful of the speed and combo potential of each weapon, especially the heavier hammers and clubs. It doesnt remove the incentive to play as other characters, however, since each individual has different specials and movement thats worth experimenting with.

Dynasty Warriors 9 nails the story and core action, but its open world is one of the biggest stumbles Ive ever seen a franchise make. Previous Dynasty Warriors games were successful in my eye, as each map was a focused area allowing players to wade through hundreds of enemies on their way to objectives. Its easy to argue that progression was boring and formulaic and needed a shakeup, but its hard to deny the games consistently kept players attention as they were constantly on the attack. In Dynasty Warriors 9, most of the game is spent riding or running through absolutely nothing on the way to the next objective. Ill admit second-century China was sparsely populated, but producing an open world mostly devoid of life or interesting landmarks in a video game makes for a really boring time. 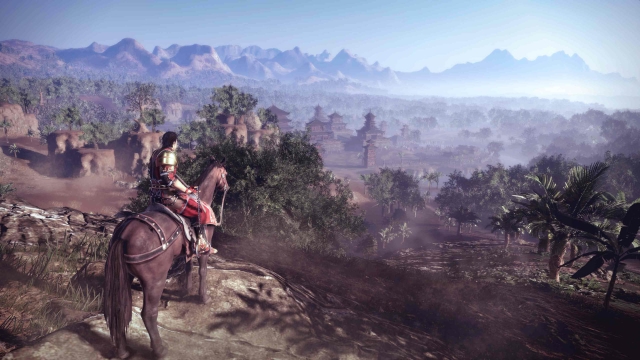 The emptiness is most pronounced when conflict finally does arise. Bases are strewn about the map, which players can capture to give their forces an advantage. These bases maybe have 30 enemies guarding them, and then its another 2 minutes of riding through nothingness in order to reach the next base. Even when the game has players take a city, it never feels as grand in scope as it should. Theres maybe a few hundred men inside the city, spread around in pockets of 10 units each. The chance to destroy hundreds of enemies in one go, which is arguably the core appeal of these games, has been compromised by the move to an open world.

The open world also negatively impacts another core aspect of Dynasty Warriors. In previous games, crafting components were dropped from enemy commander units or rewarded upon the successful completion of maps. This is still true in Dynasty Warriors 9, but the vast majority of components must be found lying around the world map. In a world as lifeless as the one presented in Dynasty Warriors 9, its hard to justify running around looking for gathering spots. I found most components just by riding to my next objective, which wouldnt be a problem except that weapons and items require far more components than what you're likely to find casually. The game expects players to actively search for crafting components, and I just dont see most people happily putting in the time required for that endeavor. 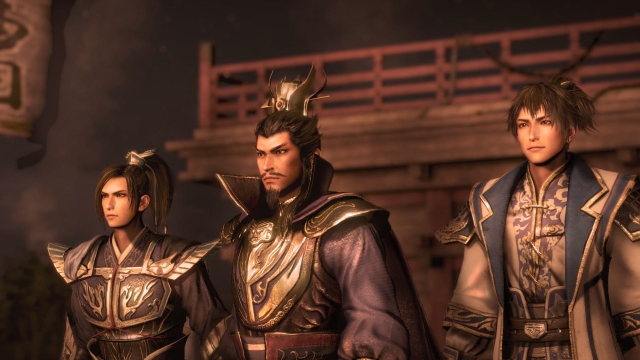 To add insult to injury, Dynasty Warriors 9 borrows some elements from popular open world design over the last decade, but seemingly doesnt understand the point. The most egregious example are the towers spread about the world, which players can climb to clear up portions of the map. Doing this doesnt really reveal anything of importance, however, and just feels like Omega Force implemented it just because they felt like they had to.

To give credit where credit is due, the open world does do one thing right. There are a few cities spread throughout the world, and these are a joy to explore. They serve no gameplay purpose, but it was great to see second-century Chinese architecture and urban planning represented in a game on such a large scale. Its a very personal thing, but I think its worth celebrating.

The box art for Dynasty Warriors 9 features Zhao Yun leaping off a cliff into an army. This is a lie. The game never once presents situations that make you feel like youre fighting through armies, but instead settles for rather small scouting expeditions. If Omega Force had created a more compelling open world with actual armies to mow down, I would congratulate Dynasty Warriors on taking a great first step to open world modernity. As it stands, however, Dynasty Warriors 9 feels like a misstep that will either require Omega Force to go back to the old way of doing things, or completely rethink its approach to open world game design.
2/5

If you enjoyed this Dynasty Warriors 9 review, you're encouraged to discuss it with the author and with other members of the site's community. If you don't already have an HonestGamers account, you can sign up for one in a snap. Thank you for reading!

© 1998-2020 HonestGamers
None of the material contained within this site may be reproduced in any conceivable fashion without permission from the author(s) of said material. This site is not sponsored or endorsed by Nintendo, Sega, Sony, Microsoft, or any other such party. Dynasty Warriors 9 is a registered trademark of its copyright holder. This site makes no claim to Dynasty Warriors 9, its characters, screenshots, artwork, music, or any intellectual property contained within. Opinions expressed on this site do not necessarily represent the opinion of site staff or sponsors. Staff and freelance reviews are typically written based on time spent with a retail review copy or review key for the game that is provided by its publisher.