Bloober Team has followed up their hit Layers of Fear with another hit, this time in the fantastically made, cyberpunk horror adventure Observer.

You are Daniel Lazarski, an observer for the Chiron corporation. An observer is one who can jack into peoples implants and experience what happen through them. You get information on your son, Adam, who has gone missing, and you head to an apartment building where he was last heard from. After your arrival, a lockdown suddenly occurs, which locks the entire building down. The vast majority of the game takes place in this apartment building, but rest assured you are not limited to just the apartment in your exploration.

As Daniel, youll explore various units of this building, interact with people through intercoms, investigate crime scenes, experience hallucinations, collect evidence and find secret information. Aiding you in this, you have two forensic scanners: electrical and organic. Electrical will scan various electronics, such as radios, implants, computers, etc. Organic will scan blood, hair, and various other organic material. Youll need to use these tools to figure out what happened and to progress the story. Its pretty obvious when either tool is needed, and also pretty obvious when you no longer need to use them. 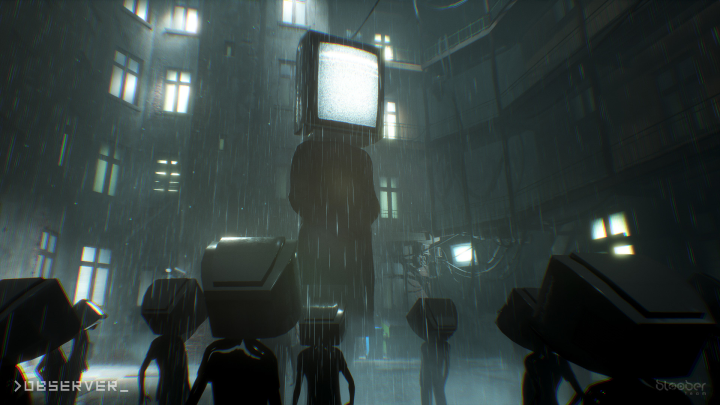 Theres no traditional health in Observer, but you do have a synchronization meter. Every so often, especially after an observing, youll need to use a drug called synchrozine. You can supposedly die from failure to do so, but in my playthrough, I never ran out of synchrozine, and there were plenty to be found throughout the various rooms.

The true horror in the game comes from when you jack into the people you find. The sequences that play out as a result of this are fantastic, and really will make you question things.

Observer looks fantastic. Just like in their previous game, Bloober Team has put a lot of love and details into the world and its environment, especially as you start to lose synchronization and the world starts collapsing in on itself, for lack of a better phrase. 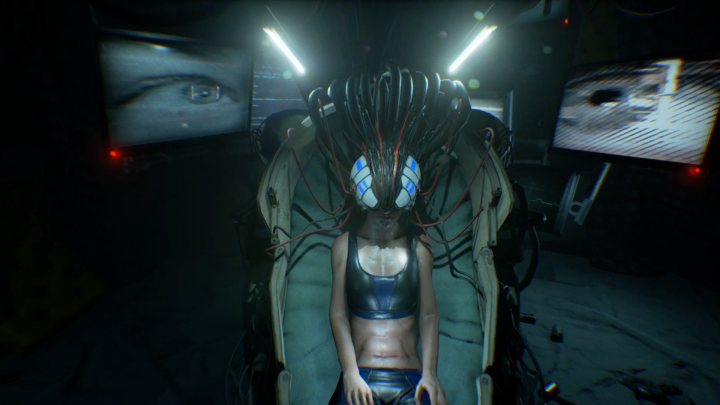 As with the visuals, the sound design is also fantastic. Footsteps echo, youll hear random noises, and the music will kick in and crescendo at just the right time. My only gripe with the sound is the voice actor of Daniel. I can understand someone like Rutger Hauer being the voice, but it is not a believable performance for the majority of the game. The in-game model looks exactly like him, though, so bonus for that.

There are many mechanics that Bloober Team introduced in Layers of Fear that have carried over; mainly walking down a hallway and turning around to see the room has changed, and the opening/closing of drawers and cabinets.

I finished Observer in just under 7.5 hours. Its quite a good time for the cost, and youll get plenty of enjoyment out of it. Once you do beat it, theres a little bit of replayability. There are one or two achievements that are mutually exclusive, so selecting one option in the game locks the other out. There are collectibles in the form of nanophage cards. I thought I had collected quite a lot, but I wound up getting only 25/69. There is also a mini-game to be found on the various computers, called Fire and Sword: Spiders. Its not complicated by any means, but theres an achievement to beat all ten levels, which are spread throughout the game. Im curious as to how seemingly random computers with no connection to each other somehow saves your progress, but I digress. 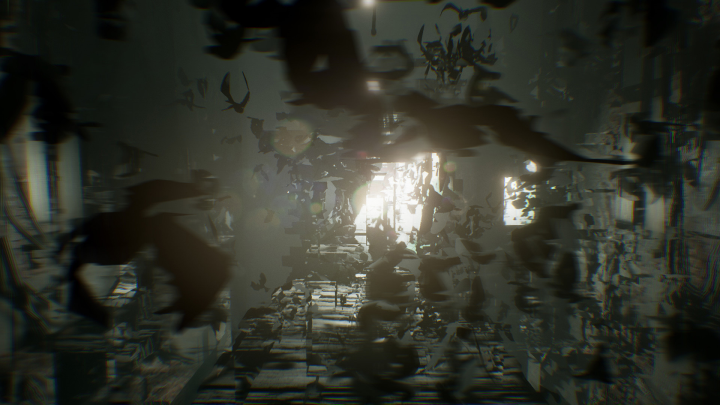 Overall, Observer is well worth your time and money. Its an excellently crafted story, filled with great exploration, great visuals, and many intriguing concepts. Youll need to play it at least twice to unlock everything if youre an achievement hunter, and itll be well worth a second playthrough. Buy it, you wont be disappointed.

Cons
- Fairly monotonous in the interrogation of the apartment tenants
- Meh voice acting of the main character
- Some scenes drag on a bit too long, which I cant explain in-
depth without spoiling anything
4/5

If you enjoyed this Observer review, you're encouraged to discuss it with the author and with other members of the site's community. If you don't already have an HonestGamers account, you can sign up for one in a snap. Thank you for reading!

© 1998-2020 HonestGamers
None of the material contained within this site may be reproduced in any conceivable fashion without permission from the author(s) of said material. This site is not sponsored or endorsed by Nintendo, Sega, Sony, Microsoft, or any other such party. Observer is a registered trademark of its copyright holder. This site makes no claim to Observer, its characters, screenshots, artwork, music, or any intellectual property contained within. Opinions expressed on this site do not necessarily represent the opinion of site staff or sponsors. Staff and freelance reviews are typically written based on time spent with a retail review copy or review key for the game that is provided by its publisher.