Mind Snares Alice's Journey bills itself as a mature, psychological thriller with horror elements and for a hidden object adventure game this is a fresh idea. Unfortunately, it loses track of the story halfway through and goes back to tired old tropes, with an unfulfilling ending. While I love when games have a deep story, I accept that hidden object games will often have a very simple, linear story -theyre straightforward, and Im okay with that. What Im not OK with, however, is a game getting my hopes up and completely letting me down. Here we have a decent HOAG that bit off more than it could chew in terms of story and that overshadows its positive notes.

We play Alice, an office worker who gets no respect from her boss and is working so much she cant be with her family as often as she would like. On her way to yet another work-related emergency, she gets in a car accident. After that, I have no idea what happens to her because the game doesnt say. Sure, it starts off with an opening cinematic that shows Alice alive and well two years after the events of the game but the story in the game itself doesnt tell us how Alice gets to that point physically. What it does is take us on a surreal journey of Alice fighting her mental demons -I think. There is an evil hooded figure who acts as the antagonist throughout the game but we never learn who it is or anything about them so its unclear if its an actual supernatural entity or a figment of Alices mind. Leaving things ambiguous can work to a storys favor but that requires good writing. 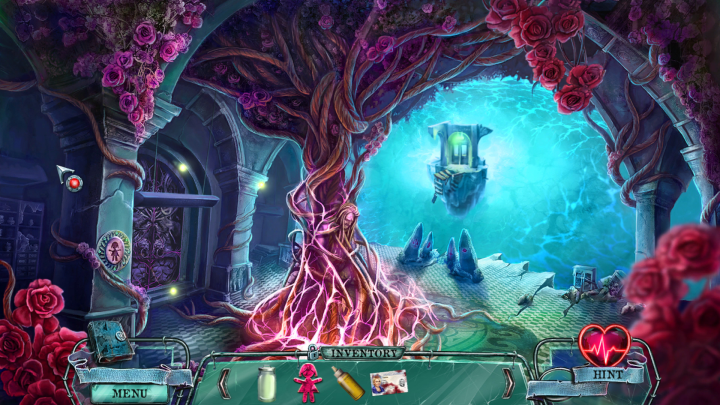 Alices dreamscape is divided into four worlds and the hospital setting where Alice wakes up, perhaps implying she is in a coma after the car accident. Though its safer to say there are only three worlds since the fourth is a lazy rehash of the hospital setting. Alice waking up and her journey to the first world are the best parts of the game, they create a very eerie feeling and directly relate to the struggles she faces; with pictures of her family, her birthday on a note and lots of memories of things shes missed thanks to her job. The first world represents her work life, wanting to be the perfect employee but sacrificing her happiness to do so. These are real life issues many face and deal with, it hits home and had me invest myself into the main character.

But the other worlds lack these qualities. The second world is a mystical looking area where Alice has to help save a tree and any sense of horror or relatability goes out the window and we no longer gain insight into Alice, her personality, or her current situation. The third area is about Alice dealing with an evil witch and as I mentioned, the fourth isnt even unique. There is also a tree lady in the game who has words of wisdom to share but she serves no purpose at all to the story or gameplay. There are so many directions these areas could have taken to expand upon the main character and her dilemma, especially after the game had such a strong start. We could have explore her past, her family, anything that makes Alice who she is and explain why she is suffering so much now but the writers gave up. There is also this theme of Alice having to choose her destiny, at first I assumed that I would have to choose at the end of the game to follow my dreams or continue life as is but no. Its just over, the end, no resolution or any explanations. 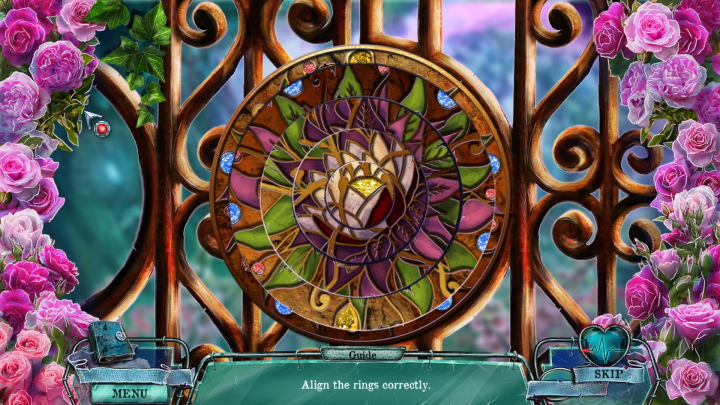 Ive gone on about the story because its the most unique feature this title has going for it, everything else places it in generic HOAG territory. It has lovely graphics though the animations for cutscenes arent very smooth. It has scene-setting music as well as full voice acting that is pleasant to the ears. The gameplay is to be expected, a lot of puzzles which were rather easy and some hidden object scenes which I can always use more of but this title had a good amount. There is a fast travel map and a great journal feature, though the the fact that you travel one world at a time leaves little room for backtracking. Its enjoyable to play though there is no bonus content or extra chapter which is a shame given that the main story ends so abruptly.

Can a bad ending ruin a good game? Sometimes. Mind Snares Alice's Journey offers a fun experience with puzzles and hidden object scenes to keep players busy as well as achievements to collect and Steam trading cards. It has a good story that is unfortunately not handled well towards the end but shows a lot of promise. But because of the story quality going down it seems less like a journey for Alice through the snares of her own mind and a generic HOAG with some evil ghost causing trouble. Another issue is that the game is short, you can complete it in three hours or so and it lacks any replay value. It is fun so if you see it on sale pick it up, but I would recommend not jumping for this title at full price.
3/5

If you enjoyed this Mind Snares: Alice's Journey review, you're encouraged to discuss it with the author and with other members of the site's community. If you don't already have an HonestGamers account, you can sign up for one in a snap. Thank you for reading!

© 1998-2020 HonestGamers
None of the material contained within this site may be reproduced in any conceivable fashion without permission from the author(s) of said material. This site is not sponsored or endorsed by Nintendo, Sega, Sony, Microsoft, or any other such party. Mind Snares: Alice's Journey is a registered trademark of its copyright holder. This site makes no claim to Mind Snares: Alice's Journey, its characters, screenshots, artwork, music, or any intellectual property contained within. Opinions expressed on this site do not necessarily represent the opinion of site staff or sponsors. Staff and freelance reviews are typically written based on time spent with a retail review copy or review key for the game that is provided by its publisher.