Ian's Eyes is not very good at all... which is a crying shame. An interesting concept and a cool Coraline-y (albeit low fidelity) aesthetic is ultimately marred by some bewildering game design choices, awful voice acting, an uninteresting story, unlikable characters, and ultimately poor, repetitive, unfun gameplay.

A lot of love when into this one, though, which makes this a difficult review.

It's Ian's first day of school, a Jimmy Neutron lookin' young man voiced by Elijah Wood if Elijah's voice went through some kind of horrible modulator that made it more grating and awful. You're his seeing eye dog, North, a... Golden retriever, maybe? I don't know, he's small and has creepy eyes and a stingray mouth. 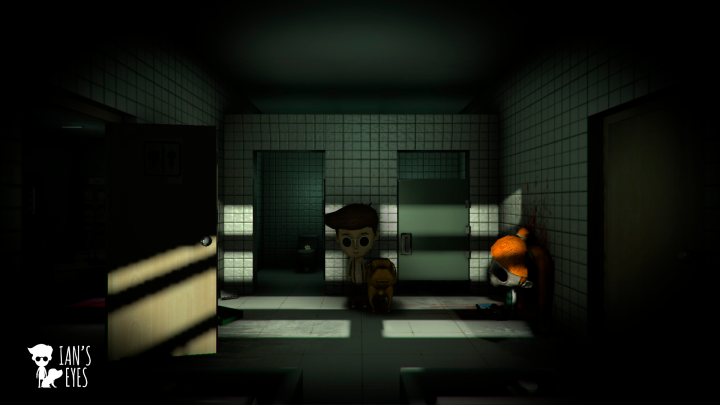 You're given a brief tour of the school by Principal Bates (henceforth Principal Masturbates because I'm immature), who looks like Captain Ahab and is voiced by Tommy Wiseau after a botched lobotomy (the tour works like a tutorial, showcasing gameplay mechanics). Now this first day is special because it happens to be the centenary of the school's establishment. Unfortunately for you and your human, something goes terribly wrong and everyone, staff and students included, turns into mindless, blind zombies. As North, you have to guide young, obnoxious Ian out.

And screw me sideways if that just isn't the biggest, most boring chore. If you were thinking this might be a scary experience you'd be mistaken: when you're caught it quickly fades to black and you're greeted with a tally of your deaths. Then you're back at the last checkpoint, which are blessedly fairly frequent. However, if Ian had a bit of dialogue before your untimely death, every time you come back he utters his dialogue again AND AGAIN in case you'd forgotten. And if it's a particularly challenging hallway to navigate anticipate having we have to get to the library, North! or something burned into your frontal lobe.

The dialogue, as badly as it's delivered, is written poorly. "We have to wait for help, North," is uttered by Ian and, in the same breath, "I guess help isn't coming." JUST CHILL DUDE, MAYBE HELP IS STILL COMING. "Let's wait for Principal Masturbates," he says to North. "BARK," North replies, his creepy mouth opening and closing slowly as he struggles to presumably breathe as he is the unholy byproduct of golden retriever and stingray copulation. "You're right North, Principal Masturbates is not coming back." WHAT? WHY? NO! This happens A LOT, and near the end there's a hilarious exchange with Principal Masturbates that tries to be powerful and is anything but. 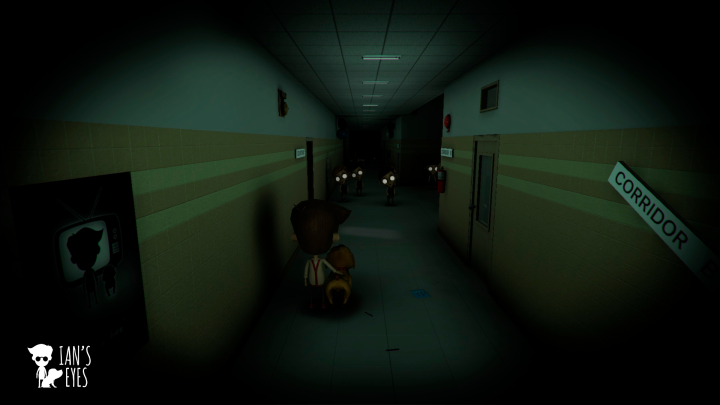 It may have been my favorite moment in the entire game.

Let that wash over you.

The baddies, who travel on preset paths, notice you if you're too close or loud. You can use North's sick barking skillz to lure them off their paths  sometimes they wander back, sometimes they stay where you've lured them. And that's the primary gameplay. Going from room to room, hallway to hallway, avoiding the same five or six kids and teachers. I encountered one (now two! Except the second one might be broken!) lazy puzzle in the library... and I think that was it? I'm currently stuck in a particularly hellish room but I don't think I'll press on for my own sanity. (Author's Note: TOTALLY got past that bit and I'm at the very end. There's a classic (read: hastily googled by dev) riddle puzzle but the game absolutely refuses to register my answer... and sometimes the event doesn't trigger at all after reading the passage. Soooooo I guess I'm definitely finished now! Not that the ending could save this drek - it could dispense world peace, and cakes and it would still be awful!)

If the game was even a little fun it'd be fine  I love a challenge. It's boring. Running up and down a hallway, giving blind kids the slip as you go from one side of the school to the other to find out if a door is locked? Not fun. Wandering down a hallway and blundering into an enemy because the fixed camera deemed it necessary? Not fun. Navigating a narrow hallway populated by a half dozen enemies using weird, clunky, not-super-responsive controls? Not fun. Worst of all, I don't give three blind mice worth of asses about North or Ian or Principal Masturbates Furiously. The whole damn plot is them trying to leave the school and... that's it. I guess there's THE MYSTERY as to why the kids and staff went all EVIL, and there are cassette tapes to collect that... might glean on that? But it isn't worth the headache. 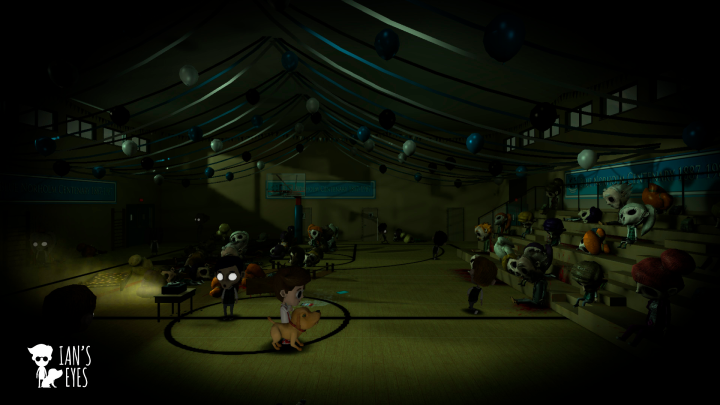 Ian's Eyes could have been good... maybe a bit more time in the creative oven, with a few more people working on the project? This wasn't the case, and good intentions only count in horseshoes and hand grenades.

If you enjoyed this Ian's Eyes review, you're encouraged to discuss it with the author and with other members of the site's community. If you don't already have an HonestGamers account, you can sign up for one in a snap. Thank you for reading!

© 1998-2020 HonestGamers
None of the material contained within this site may be reproduced in any conceivable fashion without permission from the author(s) of said material. This site is not sponsored or endorsed by Nintendo, Sega, Sony, Microsoft, or any other such party. Ian's Eyes is a registered trademark of its copyright holder. This site makes no claim to Ian's Eyes, its characters, screenshots, artwork, music, or any intellectual property contained within. Opinions expressed on this site do not necessarily represent the opinion of site staff or sponsors. Staff and freelance reviews are typically written based on time spent with a retail review copy or review key for the game that is provided by its publisher.