For nearly the three decades, Berserk has remained one of the best manga ever produced. Unfortunately, its apparently quite the difficult intellectual property to adapt to other mediums. Multiple anime series and films have failed to capture the intensity conveyed through Kentaro Miura's classic artwork. The same can be said of past video game adaptations, a criticism that unfortunately remains true even following the most recent effort.

Berserk and the Band of the Hawk is but the latest game to meld a popular property with Omega Forces trademark Musou-style gameplay. Like Hyrule Warriors and Dragon Quest Heroes before it, Berserk has players slice and dice their way through hordes of enemies. This time, they play as Guts, Casca, Griffith and other noteworthy characters from the Berserk manga. 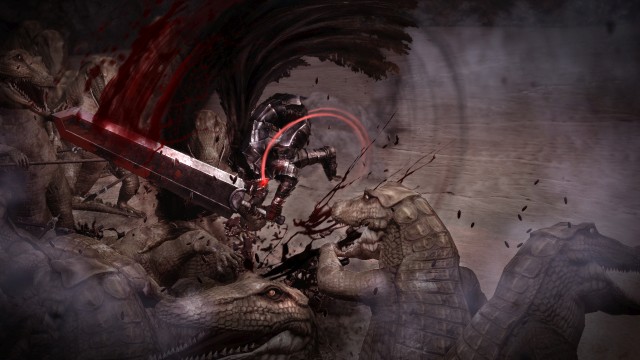 The game's main attraction is its Story mode, which tells the story of a mercenary named Guts who joins forces with the titular Band of the Hawk. His goal is to help a kingdom win its war against a neighboring country. That setup sounds pretty cut and dry, but the Berserk story reveals surprising depth as it explodes into a dark fantasy epic of revenge, love and fate defied.

For those familiar with Berserk, the game covers everything from the Golden Age arc, up through the Hawk of the Millennium Empire arc. Unfortunately, the game is a little lopsided in its presentation of those events. It uses scenes from the recent Golden Age films for initial exposition, but transitions to in-engine cutscenes for everything that follows. The Golden Age sections rely too heavily on scenes from the film and neglect to include much of a game, while the rest of the game errs in the opposite direction. The experience never really feels consistent, but its latter half certainly fares better.

The inconsistency in the storytelling extends to the gameplay, as well. The Golden Age arc features basic Musou-style levels that have Guts and his allies mowing down enemy soldiers and capturing areas on the field. Once the game exits the Golden Age, the levels become far more dynamic, with areas that encourage players to trigger traps to block off reinforcements, or to set up magical blockades and reroute enemy troops. 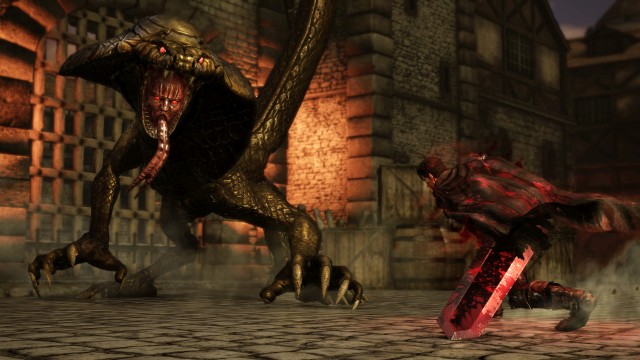 Though some levels feel excessively simplistic, most do feature optional challenges that at least keep them from growing overly dull. For instance, one levels main objective might be to protect a specific location, but an optional objective may have players keeping a friendly NPCs health above a certain threshold, or reaching a specified area within a certain time limit. It's not necessary to clear those secondary objectives to complete the level, but they add some complexity to otherwise straightforward stages. Its a bummer, then, that completing these objectives only rewards players with pieces of a picture that features iconic moments from the franchise.

You may suppose that, much like the manga on which it is based, Berserk and the Band of the Hawk only gets better as it progresses. Thats true enough, and never more apparent than when it comes to the evolution of Guts. Over the course of the story, Guts' repertoire of abilities and weapons grows increasingly dynamic. Initially, Guts only has access to his sword, but hell have acquired explosives, a cannon arm, a crossbow and more by the end of that journey. The same cant be said of the other characters, though, as they remain largely static. Its not like the game ever really lets this become a real issue, though. It focuses on Guts, with very few missions allowing the use of other characters. That narrow focus is both a blessing and a curse. It produces a sense of progression and accomplishment, but I couldnt help feeling that every other character was just added out of some sense of obligation.

While the levels are competent at worst and often considerably more rewarding, the boss fights are easily the most abysmal part of the game. These one-on-one encounters have players using the same move set they utilize against hordes of enemies, except now they're going up against a boss that is a massive damage sponge. The regular flow of a battle comes to a screeching halt as Guts whittles away at a health bar thats three times its conventional size. The fights become a bit more bearable near the end, once Guts gains access to a powerful new tool, but its a sad case of too little, too late. 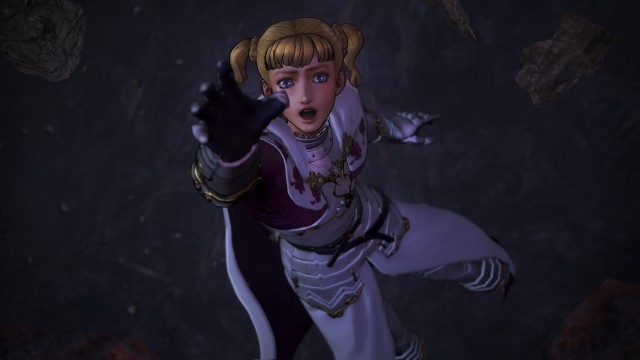 If you do want to try out other characters after completing the Story mode, the game does feature the usual Free mode that allows the use of all characters on every mission. More interesting, though, is a mode called Endless Eclipse that finds players moving through progressively difficult stages. What sets Endless Eclipse apart from other survival modes is that it has a loose story tied to it, one that reveals more backstory behind every character. Its a great place to learn more about the characters that the main story largely ignored.

As for visuals, Berserk and the Band of the Hawk is a generally attractive game, and it mostly sticks to a solid 60FPS. It suffers a bit from having been developed to allow other versions to be released on the PS3 and Vita, but as in other areas, the visual experience becomes more pleasing once you leave behind the Golden Age arc. The browns and reds of the battlefield are replaced by greens and blues as Guts battles through magical forests and ocean shores. The enemy variety also improves, with human soldiers giving way to trolls, demons and the unspeakable horrors that only Berserk can produce.

Berserk and the Band of the Hawk is a competent Musou game. I cant help but feel, however, that its not the best use of the license. For those with an interest in the series, the game does a decent job of conveying what makes Berserk so interesting. Long-time fans may also enjoy mowing down waves of demons with Guts signature Dragonslayer. My own time with the game merely convinced me to jump back into the manga, which may be its greatest--and perhaps even intentional--accomplishment.
3/5

If you enjoyed this Berserk and the Band of the Hawk review, you're encouraged to discuss it with the author and with other members of the site's community. If you don't already have an HonestGamers account, you can sign up for one in a snap. Thank you for reading!

© 1998-2020 HonestGamers
None of the material contained within this site may be reproduced in any conceivable fashion without permission from the author(s) of said material. This site is not sponsored or endorsed by Nintendo, Sega, Sony, Microsoft, or any other such party. Berserk and the Band of the Hawk is a registered trademark of its copyright holder. This site makes no claim to Berserk and the Band of the Hawk, its characters, screenshots, artwork, music, or any intellectual property contained within. Opinions expressed on this site do not necessarily represent the opinion of site staff or sponsors. Staff and freelance reviews are typically written based on time spent with a retail review copy or review key for the game that is provided by its publisher.