Set on a post-apocalyptic Earth The Uncertain: Episode 1 - The Last Quiet Day is a point and click adventure game that tells the story of what happens when mankind has seemingly been wiped out by their own wars and now robots roam freely. This is the first episode in what will hopefully be a series and thus doesnt tell the full story. In this part you play the role of a simple engineering robot whose life becomes complicated when he finds out some truths that the government is trying to hide. Dive into this unique story accompanied by lovely graphics, memorable music and puzzles to solve as you try to find out what happened to humanity.

In this episode you control RT-217NP, a robot just minding its own business and building things for other robots. This all changes when a shuttle crashes and RT learns a well hidden truth; humans are still alive. Upon learning this the police arrive set to destroy him for finding this out but he is saved by an underground resistance. After this RT really has no choice on what to do so he helps the resistance out in trying to save humanity. Since this is only the first episode most details arent developed too deeply so dont expect many answers to the questions and situations brought up. The story isnt unique but its still interesting and well-told, though RT has a habit of being heavy-handed with his speeches about how humans ruined the Earth or made stupid choices. My biggest issue with the story is that this game is told in episodes, so the first episode opened a can of worms and now players have to wait and wait to find out more. What makes it worse is that the game ends right when things are getting exciting. The pacing is very slow, RT is just going through the motions and laying ground work for whatever is going to happen later in the story. 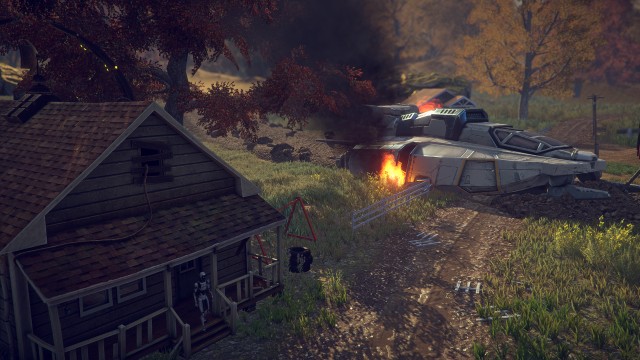 On the subject of being slow, RT moves very slowly. While the game can be played using a keyboard and mouse combination or a controller and mouse combination, I found the latter to be best for controlling the main character but even still he moved very slowly. I used the controller because it was easier to make RT sprint and for some things, like a certain car chase scene, I couldnt imagine trying it with a keyboard. While I can select things with the other joystick on my controller (I used an X-Box 360 Controller), sometimes I needed the fine motor skills of a mouse, especially for certain mini games. Whichever method you choose be ready to point and click a lot of things, RT has unique dialogue for every item and explains thing through his robotic perspective. The game mainly has puzzles that require logic, like getting the lights working again in a lab or fixing the internet somewhere. Some puzzles, however, are outright mini games. These were very easy for the most part, and I wish there were more of them.

Aside from the story, I would say the graphics in the game are its biggest strong point. The animation is fluid and the cutscenes are also well done. There is plenty of natural world scenery to contrast most of the darker and more robotic elements in the game though since the story is linear you wont be exploring much. The game has full voice acting in either English or Russian. I stuck with English though I did switch to Russian to see what it sounded like, I found both versions to be well done. All of the actors did a good job of conveying the emotionlessness of a robot, there are also old audio clips laying around from the days of humanity which are also well done as well. The game has a great soundtrack, which comes free with your purchase, that really helps make this an immersive experience. 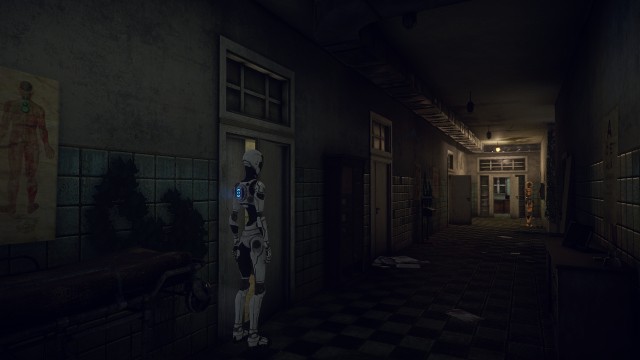 I enjoyed playing The Uncertain: Episode 1 - The Last Quiet Day and while I would recommend this game to others, I suggest buying it on sale. It took about three hours to finish this episode and in my personal opinion that is too short for the steep price tag, especially since any future released episodes will also have to be bought separately. Also, if you dont mind a bit of a wait I also say wait until all of the episodes are released, but that is purely my personal preference as I do not like episodic games. The game has Steam trading cards and achievements for those into them. Overall, this was a fun experience for me. Its a bit slow and certain things seemed to have been added just to drag on play time, an example would be having to press buttons to climb up a ladder which could have easily been a simple cut scene. Also, fair warning the download size of this game is a bit large. However, I see promise in this story and look forward to future episodes and where things go from here.
3/5

If you enjoyed this The Uncertain: Episode 1 - The Last Quiet Day review, you're encouraged to discuss it with the author and with other members of the site's community. If you don't already have an HonestGamers account, you can sign up for one in a snap. Thank you for reading!

© 1998-2020 HonestGamers
None of the material contained within this site may be reproduced in any conceivable fashion without permission from the author(s) of said material. This site is not sponsored or endorsed by Nintendo, Sega, Sony, Microsoft, or any other such party. The Uncertain: Episode 1 - The Last Quiet Day is a registered trademark of its copyright holder. This site makes no claim to The Uncertain: Episode 1 - The Last Quiet Day, its characters, screenshots, artwork, music, or any intellectual property contained within. Opinions expressed on this site do not necessarily represent the opinion of site staff or sponsors. Staff and freelance reviews are typically written based on time spent with a retail review copy or review key for the game that is provided by its publisher.