Venetica is a true diamond in the rough that features RPG and hack n slash elements, combined with some decent level design and voice acting. Graphics are fairly decent too, but like Fallout and Skyrim, a cpu with good single-threaded performance is preferred. On the downside, combat feels same-y rather quickly, and quests require a fair amount of back-tracking.

In Venetica, we play as Scarlett, who is really the daughter of Death himself. Undead are attempting to take over the city of Venice and challenge some of the rules that govern the passage from life to death (and beyond). After her mountain village is attacked by assassins from Venice, Scarlett sets out to do Deaths bidding and rescue the city from those who would use its resources to pervert the journey between worlds (she even has the ability to temporarily travel between worlds at will). Even if its been done before, the story works well here, and some branching dialogue choices allow Scarlett to be motivated by revenge, duty etc. And the characters remember the choices youve made. These choices dont have a major impact on the story, but are appreciated nonetheless. Scarlett herself is determined and self-reliant  equally adept with sword, spear, or hammer. 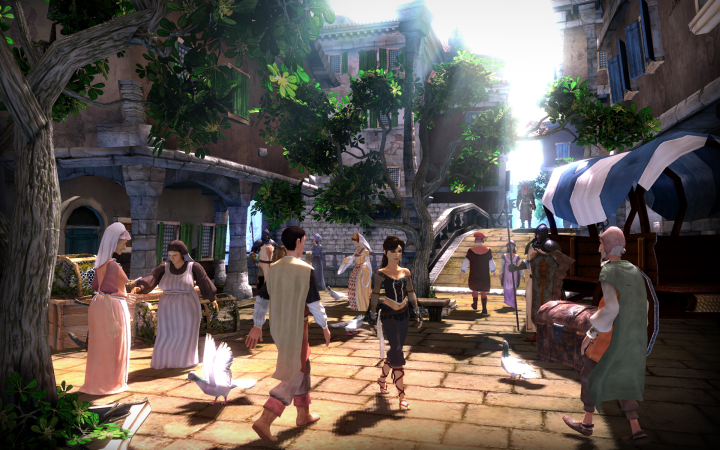 After Scarlett, the primary attraction of Venetica is the city of Venice; it is massive, possessed of twisting alleys, magnificent fountains, and explorable rooftops. The city is as vertical as it is horizontal. Lockpick your way into houses for loot  but frequently youll also discover the exits lead to different routes and hidden locations that hide bonuses and more loot. Merchants are obviously used to sell loot, but some also provide additional quests  the completion of which can lead to special upgrades for your weapons. Head underground into the catacombs for some serious spelunking. Make sure you have plenty of oil for Scarletts lantern, though, because caves are genuinely dark without it (turning up the gamma helps a little, but not that much). The underground sections are about as large as those above ground (though without the verticality), so there is a lot of territory to cover. Look around, explore from the highest battlement to the lowest dungeon. This is where Venetica is at its best.

Venetica uses the Ogre engine, and it was only after I upgraded to an Intel Core i5 (from an A10-6800k) that I was able to get a steady 60fps. The visuals are in a more cartoony style like Torchlight or Kingdoms of Amalur, so complete realism isnt the goal anyway, but the draw distance is very high (and not adjustable). Vegetation looks great (for 2009), as does water. Some textures are very low quality, while others arent; the game can look odd at time because of this. Character and facial animations are stiff and wooden, though Scarletts movements are lithe and smooth. The voice acting is surprisingly decent. No big names involved, but it sounds like everyone threw themselves into the project with verve. No disappointments here. The soundtrack fits perfectly, providing an epic feel. 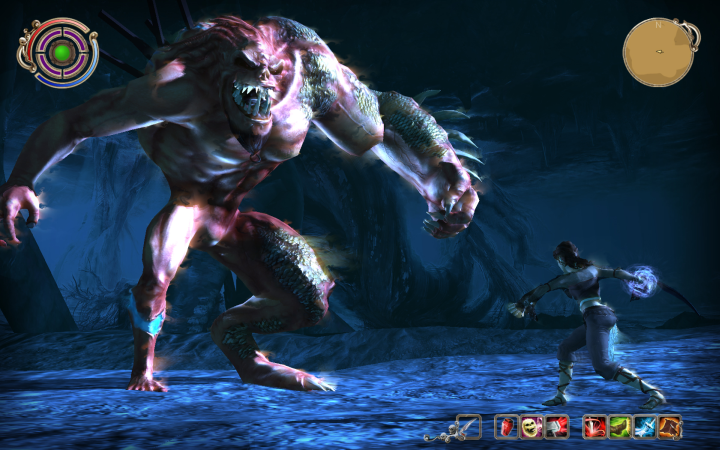 There are a decent variety of enemies, and once you figure out the bosses, theyre not too hard. There are soldiers, assassins, knights, grippers (huge lobsters), giant bats, delvers (furry wild boars), and several others. Scarlett has three weapons and over two dozen spells to wield with some cool variations. Youll need to switch between all three varieties of weapons (sword, spear, and hammer) depending on who youre fighting  which means fully upgrading a weapons skill tree isnt very useful, and takes points away from other skills you might need. Magic suffers from the same issue. There are almost two dozen different spells available, but few are universally useful, and several are tied to specific plot points. So while you see long upgrade trees at the start of the game, some you wont be able to use until the very end.

The diamond in the rough thing comes from the problems with Venetica. Theres the occasional glitching on stuff  re-loading a save fixes that. Theres a conversation with Scarletts brother that will crash the game, no matter what (this issue isnt new, the devs just never got around to fixing it). The most annoying problem I encountered was the hot-bar would re-order itself  sometimes swapping weapons and spells for completely different items. This only started happening after reaching the Arsenal  but once it started, it was unfortunately a common occurrence. Check your hot-bar frequently to make sure it has what you chose in it. F5 does quick-save, though there is no icon on screen to indicate that. Not a bug, but annoying, is that several quests require back-tracking to locations youve already visited (fast travel is introduced about half-way through, and is very welcome). 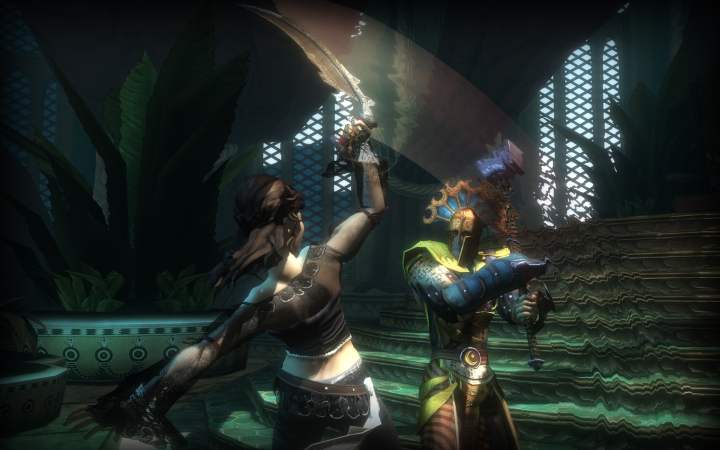 Venetica is a great little game whose occasional lack of polish does nothing to dilute its charm. Recommended as a change-of-pace RPG that can surprise with its nicely detailed game-world.
4/5

If you enjoyed this Venetica review, you're encouraged to discuss it with the author and with other members of the site's community. If you don't already have an HonestGamers account, you can sign up for one in a snap. Thank you for reading!

© 1998-2020 HonestGamers
None of the material contained within this site may be reproduced in any conceivable fashion without permission from the author(s) of said material. This site is not sponsored or endorsed by Nintendo, Sega, Sony, Microsoft, or any other such party. Venetica is a registered trademark of its copyright holder. This site makes no claim to Venetica, its characters, screenshots, artwork, music, or any intellectual property contained within. Opinions expressed on this site do not necessarily represent the opinion of site staff or sponsors. Staff and freelance reviews are typically written based on time spent with a retail review copy or review key for the game that is provided by its publisher.