Homesick doesn't seek to make you terrified by sticking you with ghosts, zombies, or storylines meant to shock and disturb you. Homesick just wants to entice you with pretty scenery, puzzles that are so simple that they will go right over your head (I had three hours of "I don't get it! What? OH! Wow I feel so stupid!") and then kick you in the gut within the last five seconds of gameplay.

Homesick forces you to go in blind and refuses to tell you any of the plot because the written language is alien to you as the main character. This gets remedied later, but you're left looking at photos and faded books while pondering why you're the only one left in this abandoned place. It's enchanting and its creepy. If you have a love of urban exploring or enjoy following people who do this, you'll immediately love the setting in this game. The way that light is suddenly your enemy and that nightmares can give you a startling sort of solace is something noted early on, because learning to manipulate your nightmares is what will help you solve some of the puzzles you face. 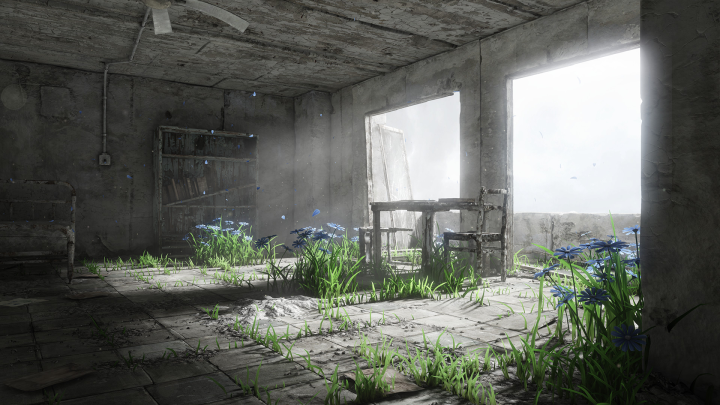 The light as an enemy/puzzle to solve really is something I have to repeat as something I loved. When I'm on my worst days as someone who is disabled from a condition, I get photosensitive. While the lighting effects do hurt (take note gamers this could give you a migraine), it's enough to replicate that feeling I get when I'm just trying to open my blinds. The sun is suddenly blaring while I'm simply trying to function. A game was able to recreate that feeling, even in just a tiny way. Kudos, really. You've won me over.

I honestly forgot that this was a walking simulator with how the puzzles were set up. Everything made sense. I wasn't listening to inane dialogue rattle on and on and on. I just got to take my time and enjoy a story that was hinted at to be heartbreaking and at some points, scary for the people who once lived in that building. Each clue and each puzzle were presented tastefully and everything meshed perfectly. I cared about these people who were long gone by the time I had begun my journey.

This was a game to just take one's time with and it was three hour's well spent. Sure I probably spent a little too much time reading over things in the library or staring at photos, but I wanted to know more. Homesick gives you just enough story, leaves you wanting more, and ends with beautiful imagery swirling around you. 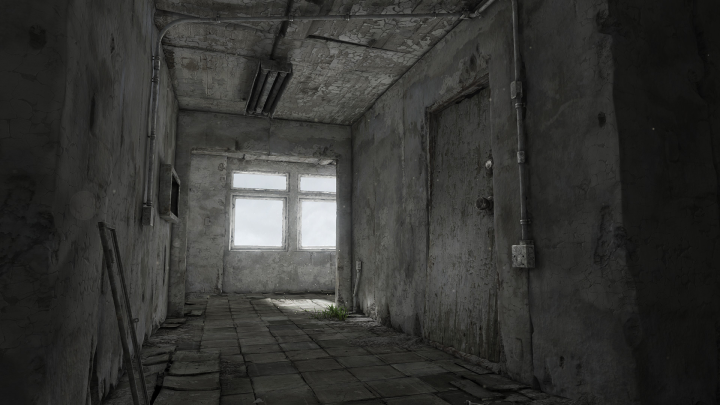 I have to admit, the decoding system made things difficult and if I could have solved that earlier, it would have made things less stressful on me. But that would have eliminated a lot of tension and the suspense of finding out why the building was there and what it was for. However, I'd be worried that other gamers would lose interest by then and wouldn't think to go back and check to see the stories and get more hints to what happened. If that is my only complaint, that's probably it.

Get this on sale. It's pretty short and you'll finish it in an evening. But if you like games like Dear Esther, The Path, Gone Home, etc, you'll probably like this. If you like staring at pretty scenery and forgetting you're playing a game, this is a perfect choice. If you like puzzles? Decent game with some simple puzzles you'll hate yourself in the morning for not getting it.

If you enjoyed this Homesick review, you're encouraged to discuss it with the author and with other members of the site's community. If you don't already have an HonestGamers account, you can sign up for one in a snap. Thank you for reading!

© 1998-2021 HonestGamers
None of the material contained within this site may be reproduced in any conceivable fashion without permission from the author(s) of said material. This site is not sponsored or endorsed by Nintendo, Sega, Sony, Microsoft, or any other such party. Homesick is a registered trademark of its copyright holder. This site makes no claim to Homesick, its characters, screenshots, artwork, music, or any intellectual property contained within. Opinions expressed on this site do not necessarily represent the opinion of site staff or sponsors. Staff and freelance reviews are typically written based on time spent with a retail review copy or review key for the game that is provided by its publisher.