Truth be told, Im not usually the biggest puzzle game fan, but Hue's core gameplay mechanic is so seductively simple that I just couldnt resist giving it a try. Roughly five hours of colour-swapping (and a little bit of cursing) later, I was convinced that Hue is one of the most inspired puzzle games you'll play this year.

A puzzle-based platformer from Q.U.B.E.'s Dan Da Rocha and Henry Hoffman, Hue is, as its name suggests, all about colour. You control a boy named Hue (geddit?) who finds himself in possession of a ring dubbed the Annular Spectrum. The tool was bequeathed to him by his mother, a scientist who, after years of research into the world of colour and alternate dimensions, has suddenly disappeared. Hue discovers that he is able to use the ring to change the colour of the world around him, ostensibly allowing him to make obstacles of that same colour disappear. He sets out to follow a trail of letters left for him by his mother, in the hope of finding her. 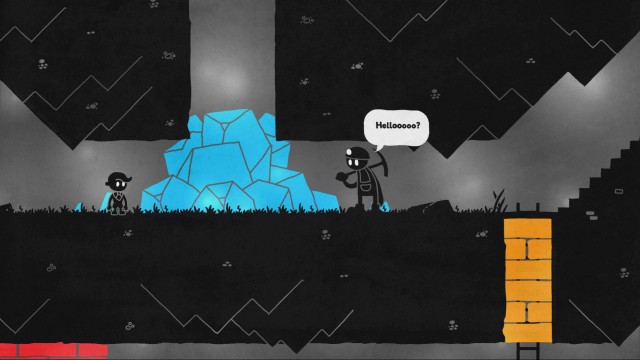 The game starts off gently, giving the player--along with the ability to run, jump, throw switches and pull and push blocks--just one colour on the ring to use. By activating the ring in the right place, Hues whole world turns from monochrome to bright blue, causing a pile of blue rocks that was blocking his path to vanish so that he can pass. Its not quite Braid levels of witchcraft, but Hue's core gameplay mechanic is wonderfully satisfying in its simplicity. Each colour that is added to Hue's ring as he progresses simultaneously grants him more power over his world while supplying it, in turn, with increasingly more and fiendish ways to thwart him.

The games opening hour may be a little too sedate for more hardcore puzzle fans, but the gradual introduction of additional colours and new obstacles to overcome creates a learning curve thats accommodating of players of all skill-sets and ensures mastery of Hue's newly found fourth-dimensional powers before throwing anything too heavy at you. Before too long, you have 8 different colours to wield and wrestle with. You encounter rooms packed with switch-activated laser beams, Thwomp-like stone skulls, trampolines that change colour with every bounce, and Portal-esque paint cannons that scupper your plans by turning key objects the exact colour you didnt want them to be at the very last second. 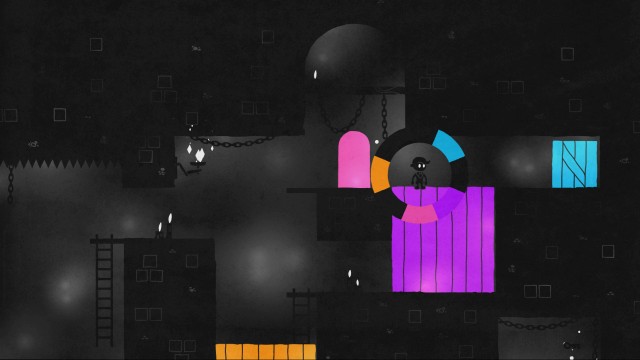 With all the colour flying around, its easy to miss Hue's cutesy, if simplistic art style. Part Limbo, part psychedelic Game & Watch, both Hue himself and the world he inhabits are made up of a combination of thick black lines and the Annular Spectrums selectable colours. Chunky, cartoonish chains and vines sway as you pass, torches flicker happily, and curiously cheerful skeletons tell our hero to watch where hes going as he jostles them. Relying on such bold, contrasting colours, Hue's puzzle-packed levels can appear quite garish at times (lime-green and purple, anyone?). But when one false colour-switch can mean falling into a pit of spikes or taking a laser beam to the head, youll quickly learn to live with these temporary ocular assaults for the sake of progression.

The puzzles vary in terms of difficulty, from blindingly obvious to eye-wateringly perplexing, but in truth much of the challenge here is in not allowing the game to dazzle you with the dozens of differently coloured objects on-screen at once. The simplest solution is usually the correct one. Even when you find yourself retrying a level for the fourth, fifth, sixth time in a row, Hues puzzles never feel unfair (even though you could sometimes swear that the one youre stuck on is just plain broken because how on earth are you supposed--oooh, so thats how it works). The only times when I felt that the game, rather than I, was to blame for a failed attempt at a level came when, due to some unfortunate clash of background and object colours, I would select the wrong colour from the wheel (yellows and oranges in particular can be difficult to distinguish between when colour-switching on the move). Those with colour blindness will be glad to know that the developer has included a colour-blind mode in the games options menu, but whether they too will experience similar issues remains to be seen. 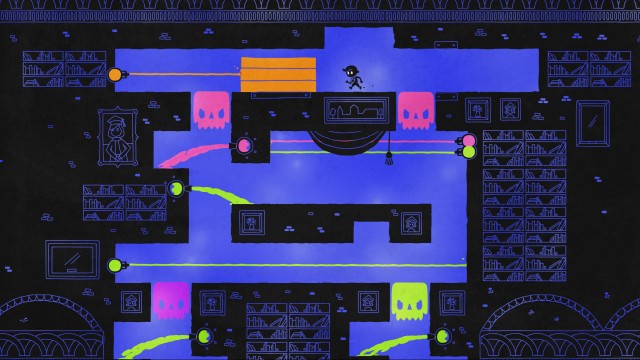 Overall, though, Hue is a tremendously fun adventure. It offers plenty of challenge and is sure to put a smile--and perhaps the occasional bewildered frown--on the face of any puzzle fan, with those who enjoyed the likes of Braid, Portal, and of course the aforementioned Q.U.B.E. especially likely to take to it immediately. Its unlikely that Hue will go down in the annals of puzzle game history as the greatest of its generation, and once its story has come to a close only the most ardent of speed-runners will find themselves heading back for more, but its certainly one of the most refreshingly original games Ive played in a long time, and has a simple charm of its own that is hard to ignore.
4/5

If you enjoyed this Hue review, you're encouraged to discuss it with the author and with other members of the site's community. If you don't already have an HonestGamers account, you can sign up for one in a snap. Thank you for reading!

© 1998-2020 HonestGamers
None of the material contained within this site may be reproduced in any conceivable fashion without permission from the author(s) of said material. This site is not sponsored or endorsed by Nintendo, Sega, Sony, Microsoft, or any other such party. Hue is a registered trademark of its copyright holder. This site makes no claim to Hue, its characters, screenshots, artwork, music, or any intellectual property contained within. Opinions expressed on this site do not necessarily represent the opinion of site staff or sponsors. Staff and freelance reviews are typically written based on time spent with a retail review copy or review key for the game that is provided by its publisher.