The Price of Augmentation
Deus Ex: Mankind Divided is the 5th major installment in the Deus Ex series, and a direct sequel to Human Revolution. Reprising his role as main protagonist, Adam Jensen must utilize his new arsenal of state-of-the-art weapons and augmentations in order to unravel a vast worldwide conspiracy.

The Story Continues
Need to Know
Although it is the fifth game, HR and MD are set before every other game, so only a working knowledge of HR is needed for enjoyment. Fortunately, MD provides a very thorough (12 minute) summary of the events of HR at the beginning of the game. The important thing to know is that MD continues the story two years following the Aug Incident, an event that sends augmented (bio-technologically enhanced) people into an uncontrollable, murderous frenzy. By directly following the event, which takes place before any of HRs 3 game ending choices, MD bottlenecks the story so that everyone will have the same canonical progression.

As expected of any society overcoming such a tragic event, a dystopia is created, further dividing the augmented and the naturals. Heavily policed checkpoints and security robots patrol the streets in order to maintain order, with the widespread belief that order means augmented discrimination. Terrorist and activist groups continue leaving their messages for all to see and Jensen, Interpols newest counter-terrorism agent, must navigate through these troubling times in order to survive and seek answers to the many mysterious happenings occurring all around him. 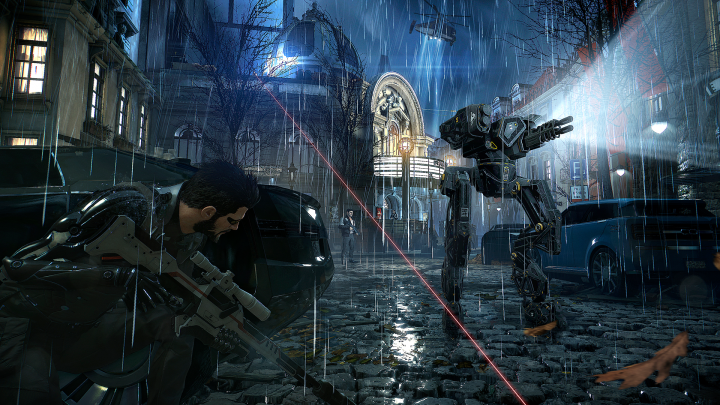 Gameplay
Augmentations & Playstyles
With many familiar augmentations brought back from HR, including the super flashy Typhoon, several new augmentations are thrust upon our cyberpunk veteran, such as: a built-in PEPS, Remote Hacking, Tesla, Nanoblade, Icarus Dash, and Titan. The plethora of augmentations, new and old, easily allow for the development of multiple playstyles. For those that have never played HR before, the main playstyles and recommended augmentations for each may provide some insight on the RPG aspects of MD. 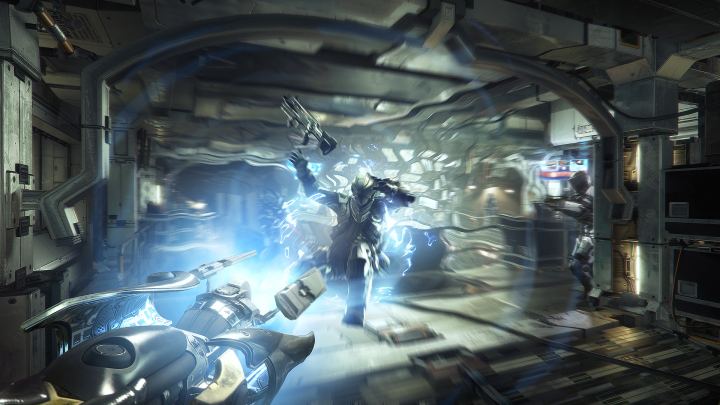 Although it is possible to stick to one type of playstyle throughout your entire run, a little bit of diversification will go a long way in making your life so much easier  if you so choose, of course. Avoid dangerous confrontations entirely with some well-chosen dialogue options (Social Enhancer) or parkour your way out of intense situations with physical augmentations (Klipspringer Jump Mod/Icarus Landing). These are but some of the very nice accoutrements any lethal or ghost player should take into consideration.

Open-World Freedom
One of the major factors that makes this game so enjoyable is the freedom you have towards choosing how to approach an obstacle. There are usually multiple routes, paths, or methods you can use to reach your objective. Dont feel like slithering your way through that chaotic room full of turrets, lasers and grunts? Go and look for a vent, climb a ladder, jump to a balcony, or turn on Detective Mode and bust through a weak wall Arkham Asylum style.

The ability to provide this freedom to the player is solely reliant upon MDs large, open-world city hubs and multi-linear design. Prague is massive, comprised of multiple districts each large enough to spend hours scouring through due to the countless shops, apartments, and buildings available for investigation. Even when it seems that you are trapped in a room, often times you arent. The multi-linear design favors incorporating air ducts and attics above you, and stashes, man-holes, and sewer drainage below you. 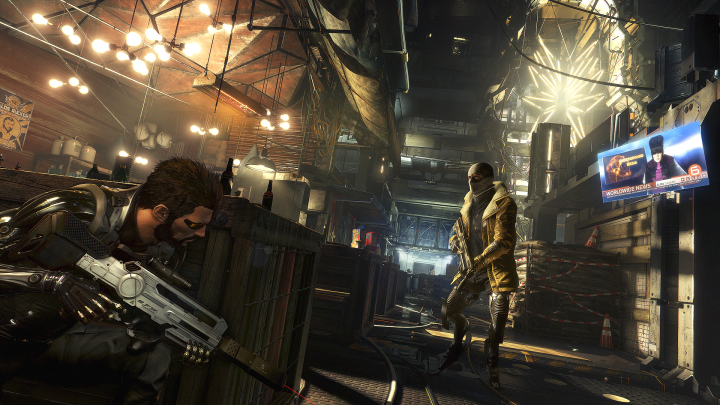 The freedom aspect doesnt just end at physical/spatial progression. Often times when you initiate an NPC dialogue, various dialogue options will be presented, each with various outcomes. Excluding the example of Social Enhancer usefulness provided above, your decisions have a good sense of weight to them, and many conversations allow you to figuratively shape and mold Jensens personality by replying with a passive comment or a hard-headed rebuttal. Although the NPC interaction isnt as encompassing as Mass Effects, it definitely increases the immersion into the beautiful and fantastic cyberpunk world.

Another noteworthy aspect regarding real money pertains to MDs DLC. It was never forewarned that the benefits are single-save, single-use. Meaning once you redeem it to your play-through, it cannot be redeemed again. This, for example, affects a non-lethal play-through. If you accidentally redeemed all of your DLC guns in that play-through, then you can no longer redeem them in a new, lethal play-through. 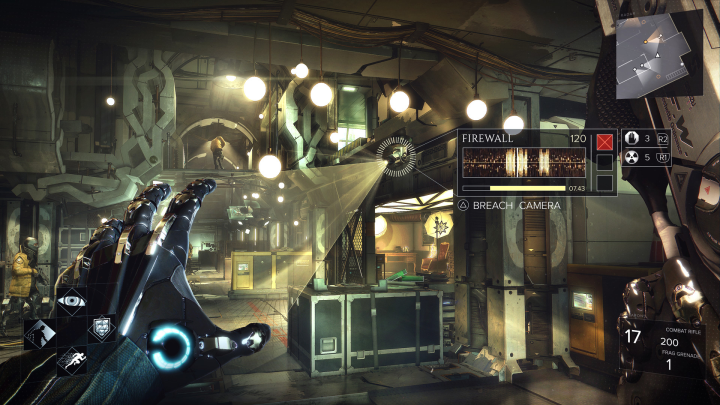 Mankind Divided vs. Human Revolution
A large population of MDs audience will probably be fans of HR, so I want to state a couple differences between the two, in addition to everything above, as I see a lot of Negative reviews on Steam due to unexpected design choices. First, regarding bosses, MD has . Second, the main story, so far, isnt as fast paced as HR. I dont feel like Ive progressed that much even though Ive completed half of the Missions and Side Missions. It could be that the developers had to tradeoff story content with world building and exploration, but ideally, I would have liked to see both.

Verdict
I personally love Deus Ex: Mankind Divideds immersive open-world and nostalgic stealth play. Although the narrative can be very disjointed and slow at times, the synergy across all of the side missions help make the cyberpunk dystopia that Jensen lives in so memorable and fun to learn about. Even with minor immersion breaking aspects, such as insanely long load times and unsynchronized facial gestures, I would still recommend MD to fans of the Deus Ex series or the cyberpunk/stealth genres. Note: other users have reported game-breaking crashes and various bugs - be wary.
4/5

If you enjoyed this Deus Ex: Mankind Divided review, you're encouraged to discuss it with the author and with other members of the site's community. If you don't already have an HonestGamers account, you can sign up for one in a snap. Thank you for reading!

© 1998-2020 HonestGamers
None of the material contained within this site may be reproduced in any conceivable fashion without permission from the author(s) of said material. This site is not sponsored or endorsed by Nintendo, Sega, Sony, Microsoft, or any other such party. Deus Ex: Mankind Divided is a registered trademark of its copyright holder. This site makes no claim to Deus Ex: Mankind Divided, its characters, screenshots, artwork, music, or any intellectual property contained within. Opinions expressed on this site do not necessarily represent the opinion of site staff or sponsors. Staff and freelance reviews are typically written based on time spent with a retail review copy or review key for the game that is provided by its publisher.