UFO: Enemy Unknown is one of the most influential games ever made. This is clearly visible by the amount of games that tried to mimic its gameplay like Altars UFO series or UFO Extraterrestrials and XCOM Enemy Unknown to name a few. Still some people were not satisfied by the above and wanted to recreate the experience to their liking. One such project is Xenonauts.

The game itself is almost a direct clone of UFO: Enemy Unknown though there are several differences. Settings wise, the game is set in the 1980s, during the cold war. As a bonus to the game you get a free novella in a PDF format, titled Crimson Dagger by Lee Stephen, which serves as an introduction to the game setting and describes in detail the first human contact with the aliens (quite a nice read). Apart from the setting, the most obvious difference is seen as soon as you start the game  there is no rotating globe, just a flat map of the earth. Then again the graphic design of the game is very nice, aesthetic and functional. The core gameplay is identical to the original  you start with one base, some interceptors, a troop transport, soldiers, scientists and engineers and slowly advance the story by assaulting shot down or landed ufos, researching alien tech, acquiring new weapons, armor, craft and vehicles up until the final mission when you save the earth for good. 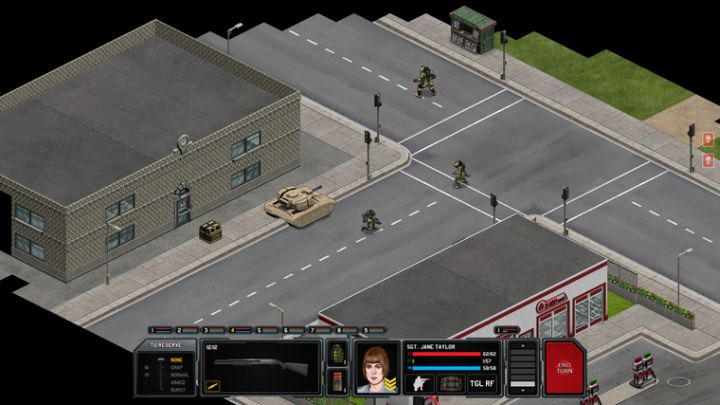 This all works pretty well. A nice touch is the casualties counter which track the number of people killed due to alien activities and also the on-map reports of various events like forest fires, tidal waves and strafing runs, which might help to track a UFO outside of radar range. Some people might not like that certain aspects of the game are more streamlined; there is no need to buy the basic weapons or ammunition for both soldiers and jets. All is provided free and in unlimited quantity. Furthermore, jets have a fixed set of armaments per jet type and all upgrades to weapons installed on them are done automatically after researching certain technology, also free of charge. This takes a lot of base management off ones mind though it comes at a price. First, funds are scarce and savaging loot from UFOs to sell is a must. Second, losing a countrys backing is quite easy, as building a new base is expensive, not to mention the prices for manufacturing new craft, armour or weapons for you troops. Furthermore, there is no possibility of self-funding your efforts by selling off any weapons that you manufacture as the selling prices are way below the production costs.

As for the combat part of the game, there are two types  dogfighting UFOs in the air and ground combat in the form of assaulting grounded UFOs, alien bases or defending cities in terror missions. The air combat is the part I like the least about this game. Its done with a pseudo radar view of the situation where a squadron (1 to 3 jets) you send to deal with a UFO is under your direct command in an RTS-like manner. You have to manage the position of your craft against the range of your and the enemy weapons, represented by cones projected from craft silhouettes as well as fuel reserves and craft health. The key is to either take out the enemy with your long range missiles or to try to get you planes in the UFOs blind spot and use you short range weapons. If you get in trouble you can press special keys to dodge incoming fire or use the afterburners to fly quicker but use more fuel. If things get nasty, you can order your jets off the combat field and run away. All in all Im very glad that the creators of the game gave players the option to auto resolve this part of the game. For me its a blessing as I really didnt like this particular air combat system. 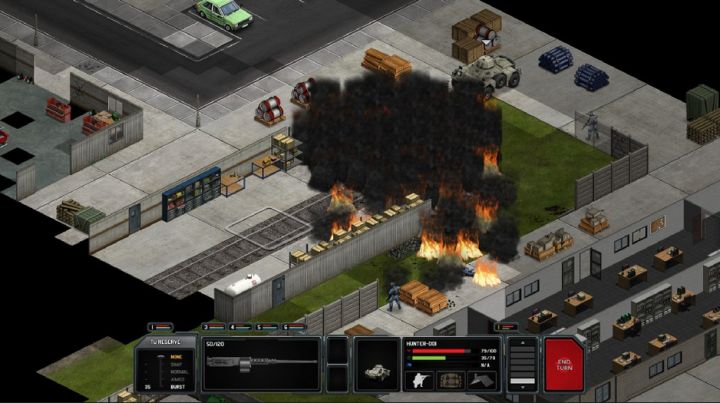 The ground combat, on the other hand, is done extremely well. The graphics are sharp, clean and present different types of objects on the map in a way that players will immediately understand. The animations of units, both your and aliens are nicely done and you rarely have problems distinguishing units one from another. Terrain sets are varied and depict farmlands, cities (in Eastern European, US and Middle East styles), military bases, forests and sub-polar regions. The alien craft themselves are varied and interesting on their own. The combat itself is done in turns using a time units system for performing actions. What is nice is that the game will inform you how many points an action costs before performing it (e.g. little numbers by the target indicator before a shot is fired) or how many time units will be left after moving a desired distance. Furthermore, a cover system is implemented, not unlike the XCOM Enemy Unknown, which has to be always taken into consideration when positioning your troops.

It works by reducing the chance to hit a target that is obstructed by a piece of cover, be it a bush, a fence or a fridge inside a kitchen (the game shows which objects reduces the to-hit chance by what percentage). But its done only when you actually want to take a shot and you never know how good your soldiers cover actually is. Another interesting feature is the suppression system. Every weapon has a chance of suppressing an opponent, which machineguns excel at. A suppressed unit immediately loses all time units it currently has (especially dangerous when your soldier is suppressed by reaction fire), and on their next turn their starting time units are reduced by half. Add riot shields to the mix, which soak up damage very nicely and leave one hand free to fire a pistol or use a stun baton, and you can get a lot of combat options unavailable even in other remakes. 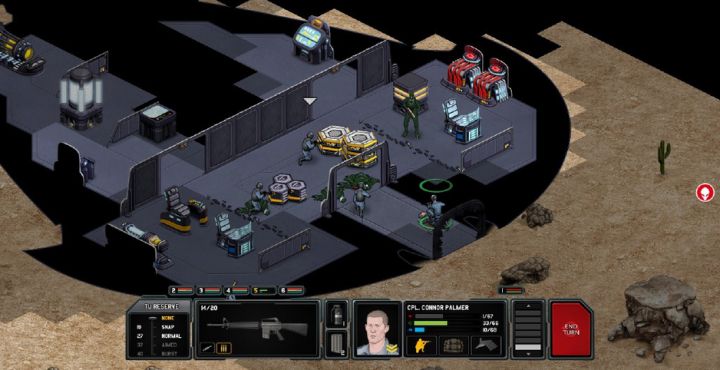 On the downside, grenades have no primer regulation. Regular ones explode at the end of the turn while smoke or stun ones immediately after they land on the ground. Additionally, in certain situations the units can get behind objects which the game engine does not make transparent. This is annoying as its difficult to position your men to your liking or you can just lose them on the battlefield and not use them for a turn or two. But still, tactical combat should satisfy most of the old UFO fans. As with the air combat, there is also an option not to go and clean up a shot-down UFO and just airstrike it. This way you get a fixed amount of cash, dependent on the UFO type. The downside is that you dont get any special resources from the site and after performing a ground mission you always get more cash.

Lastly, sound and music. As for the sound design all is done OK. Every alien, weapon and action has its own distinct sound and after a few hours into the game you will know what happened just by the sound produced, which is especially important in ground combat missions. The part that made a really big impression on by was the music, especially the one in tactical missions. For some time I was looking for a good modern version of the track played on the original  this creepy midi, with a heartbeat motif and loads of strange sounds accompanying it. Xenonauts delivers eleven very good tracks made by Aleksi Aubry-Carlson.

All in all I am really happy with my purchase of Xenonauts. Its a very good take on the classical UFO formula, faithful to the original concept but still bringing its own setting and story that drives you forward to uncover the alien secrets and save the earth once more.
4/5

If you enjoyed this Xenonauts review, you're encouraged to discuss it with the author and with other members of the site's community. If you don't already have an HonestGamers account, you can sign up for one in a snap. Thank you for reading!

© 1998-2020 HonestGamers
None of the material contained within this site may be reproduced in any conceivable fashion without permission from the author(s) of said material. This site is not sponsored or endorsed by Nintendo, Sega, Sony, Microsoft, or any other such party. Xenonauts is a registered trademark of its copyright holder. This site makes no claim to Xenonauts, its characters, screenshots, artwork, music, or any intellectual property contained within. Opinions expressed on this site do not necessarily represent the opinion of site staff or sponsors. Staff and freelance reviews are typically written based on time spent with a retail review copy or review key for the game that is provided by its publisher.